AMD: our 6nm GPU is faster than Intel’s

At Intel Arc launch, comparisons to competing chips from AMD or NVIDIA were a no-show.

AMD decided to greet ‘a new player’ in the discrete gaming GPU space by providing their own benchmarks in relation to the fastest (so far) released Arc Alchemist GPU. All official Intel performance charts revealed 2 days ago were in relation to their own integrated GPUs. Unfortunately, Intel did not sample Arc-based products to reviewers, which means we have to either rely on such official benchmarks or whatever has been posted by first users.

The similarities between both SKUs go a little further. First of all, they are both manufactured using TSMC N6 process technology (AMD’s only 6nm GPU in the whole RDNA2 lineup) and they share the same memory specs of 4GB 64-bit GDDR6 (although Intel’s full chip is 96-bit). However, by far the most important metric for any mobile GPU comparison is the TDP range, and those are the same for both solutions: 35W to 50W. 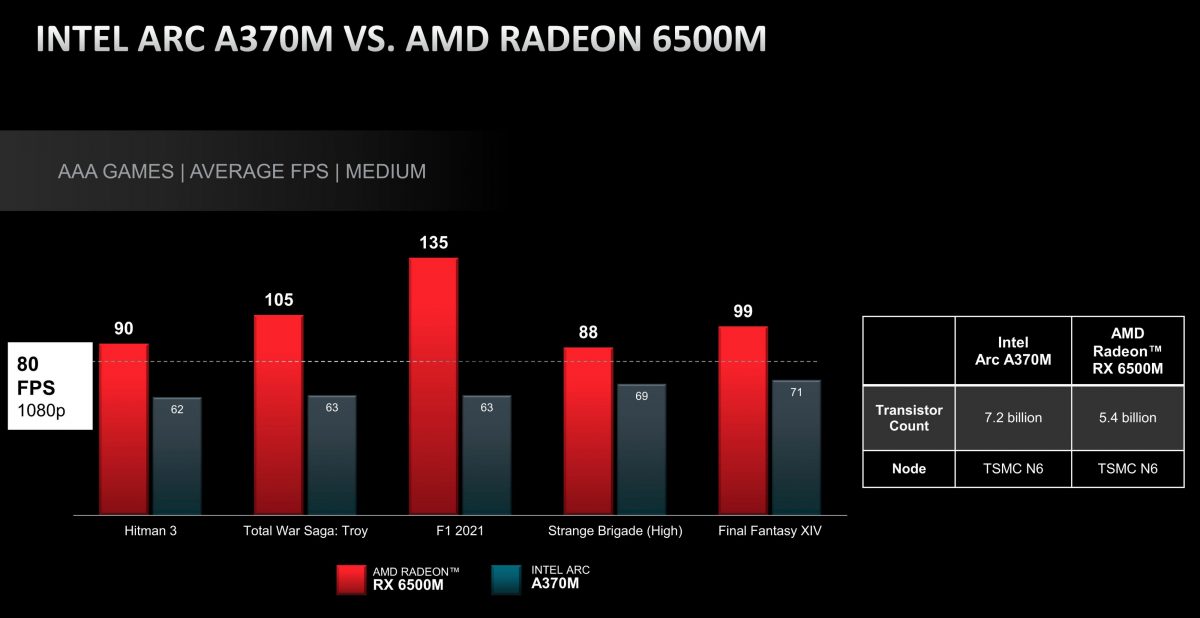 In a graph posted by AMD today, we learn that RX 6500M is faster in at least five games that were tested at 1080p resolution with medium settings. Those are of course mainly AMD-supported titles. AMD is clearly mocking Intel marketing here, who claimed 90 FPS at 1080p gaming here. Turns out this is not exactly the case with more demanding titles.