AMD promises to ‘paint a picture of next-generation computing’

The keynote will explore 7nm architecture in high-performance computing that will ‘help redefine the future of gaming and virtual entertainment’. AMD CEO is likely to talk about the future of Ryzen and Radeon 7nm products.

The company has already mentioned that Radeon Vega Instinct should launch at the end of this year. It is likely that the keynote will cover more 7nm products designed for graphics, such as Radeon RX and Navi architecture.

Dr. Lisa Su might also give an update on the latest product roadmap for Ryzen 3000 series (Zen 2 architecture).

The keynote will be delivered in Las Vegas on January 9th. 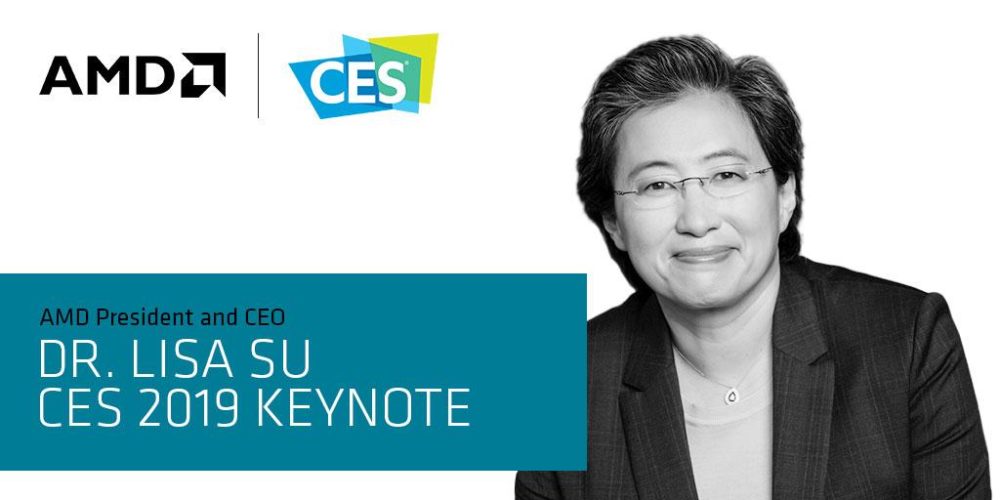 Dr. Su to explore the accelerating adoption of high-performance computing and visualization technologies to redefine life

Arlington, VA – 10/03/2018 – The Consumer Technology Association (CTA)TM today announced that AMD (NASDAQ: AMD) President and CEO Dr. Lisa Su will deliver a keynote address at the upcoming CES® 2019. Dr. Su’s address is scheduled for Wednesday, January 9 at 9:00 AM in the Venetian Palazzo Ballroom. Owned and produced by CTA, CES 2019, the world’s largest innovation event, will run January 8-11, 2019 in Las Vegas.

In 2019, AMD will catapult computing, gaming, and visualization technologies forward with the world’s first 7nm high-performance CPUs and GPUs, providing the power required to reach technology’s next horizon. During her CES keynote, Dr. Su and guests will provide a view into the diverse applications for new computing technologies ranging from solving some of the world’s toughest challenges to the future of gaming, entertainment and virtual reality with the potential to redefine modern life.

“AMD is transforming the future of computing in our ever-expanding digital world and revolutionizing the $35 billion gaming industry,” said Gary Shapiro, president and CEO, CTA. “We look forward to Dr. Su’s keynote as she paints a picture of the next-generation of computing that will help redefine the future of gaming and virtual entertainment.”

Dr. Su is AMD president and chief executive officer and serves on the company’s board of directors. Previously, Dr. Su held executive leadership and engineering positions with AMD, Freescale Semiconductor, Inc. and IBM after receiving her bachelor’s, master’s and doctorate degrees in electrical engineering from the Massachusetts Institute of Technology (MIT). In 2017, she was named one of the “World’s 50 Greatest Leaders” by Fortune Magazine and the “Top Ranked Semiconductor CEO” by Institutional Investor Magazine. Under Dr. Su’s leadership, AMD has introduced two completely new chip architectures and more than ten different product families, resulting in double-digit annual revenue growth in 2017.

CES is the largest and most influential technology event on the planet, featuring 4,500 exhibitors across 2.75 million net square feet of exhibit space. The 2018 event attracted 182,198 attendees, including a record 63,784 international attendees, according to the official show audit.  The show provides access to the very latest transformative tech such as 5G connectivity, artificial intelligence, augmented and virtual reality, smart home, smart cities, sports and machine intelligence, as well as new areas for 2019 including tourism and resilience.