This week at CES 2023 AMD announced their entire new product lineup for laptops, including its very first mobile RDNA3 GPUs and first Zen4 CPUs. Additionally, the company revealed new Ryzen 7000 desktop CPU, including the highly anticipated 3D V-Cache models. What was missing at CES 2023 was an update to the desktop GPU product stack, currently only featuring two costly RX 7900 models.

Around the same time, NVIDIA revealed its desktop GeForce RTX 4070 Ti GPU, which is the first card from featuring the latest architecture to drop below $800 mark, so even cheaper than RX 7900 series which cost at least $899. This release led AMD to release a new slide comparing its Radeon RX 7900 XT with cut-down Navi 31 GPU to RTX 4070 Ti. 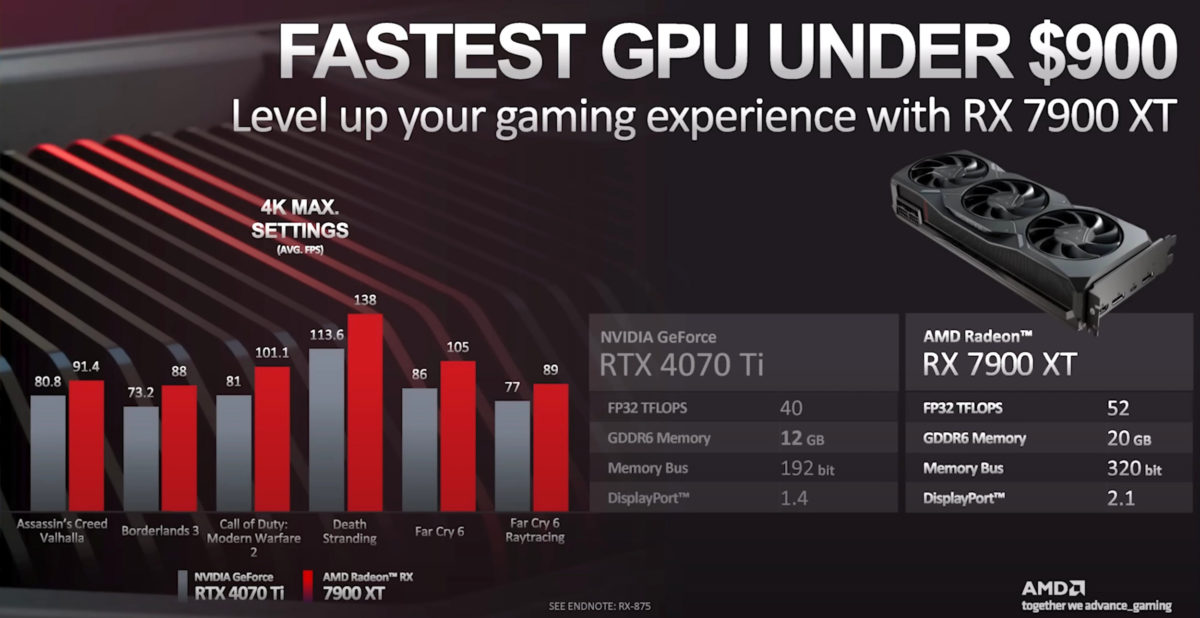 According to independent tests, Radeon RX 7900 XT is indeed faster than 4070 Ti, which shouldn’t be surprising considering it has 8GB more memory and 67% wider memory bus. Yet, the gap is relatively small though, oscillating between 4% and 10% depending on a resolution. Furthermore, since Radeon GPU costs $100 more this difference is even smaller when price per dollar is considered.

The supply of NVIDIA’s latest card is much better than anticipated and the card is still in stock in the US or EU. More importantly, even two days after launch, the card is available at MSRP, which is something that we were no longer used to seeing with modern GPU releases. The same applies to RX 7900 XT. 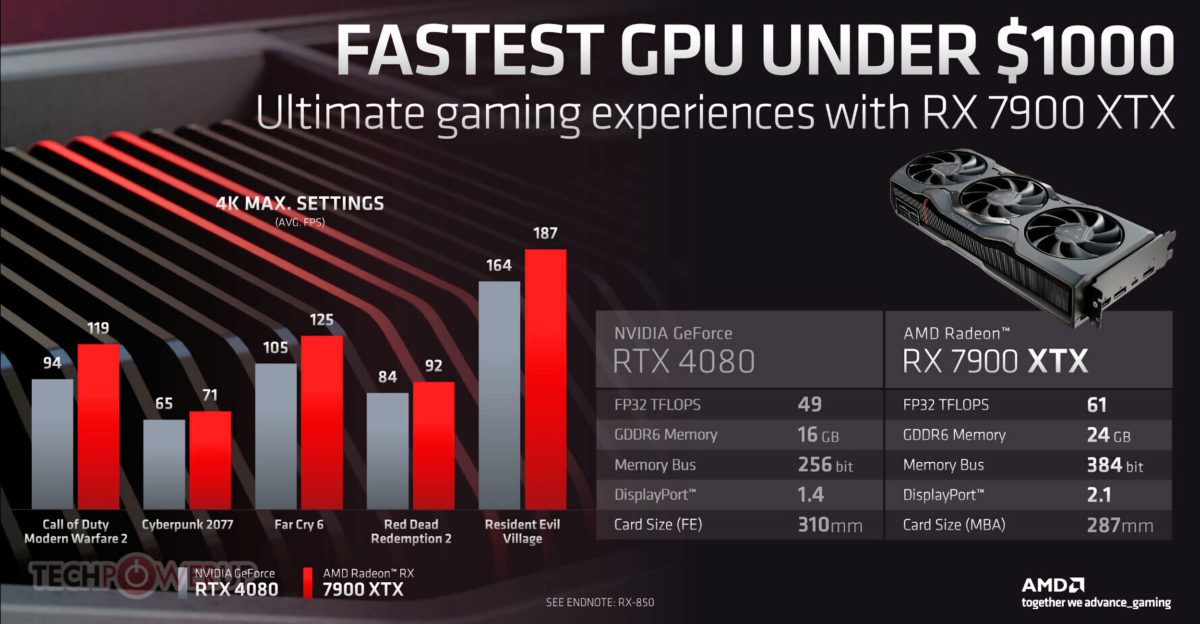 We eagerly await such competition and aggressive marketing in lower price points later this year. Both architectures are indeed showing impressive performance, but we shouldn’t really get used to seeing such pricing for desktop GPUs.