Leaker shares slides from a meeting with AMD. 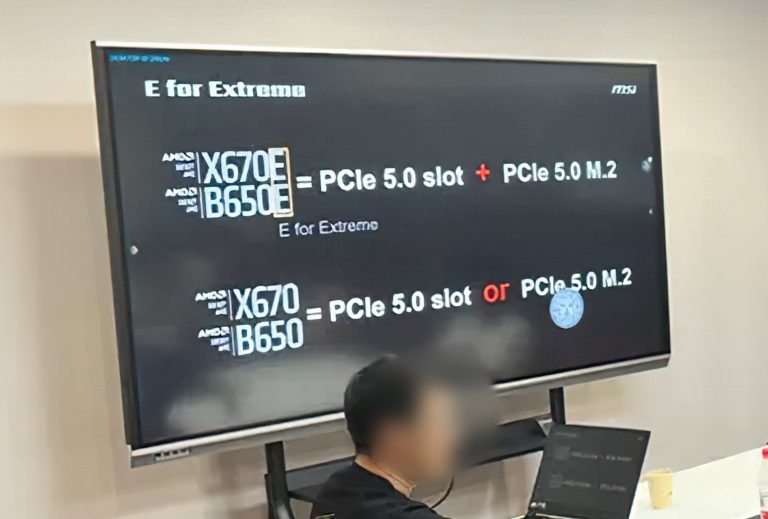 According to these slides, AMD is indeed making a B650E chipset, as revealed by numerous leaks in the past. The B650E chipset, just like X670E will support PCIe Gen5 technology for both the graphics card and storage. For the non-Extreme series this means support for either the graphics or storage (or more precisely PCIe slot or M.2 slot).

Unlike the X670 series, the B650E chipset will feature one Promontory 21 chipset, effectively reducing the number of available lanes. AMD already confirmed it is developing a B650 chipset, but thus far the Extreme variant was only seen in the leaks. This new slide confirms that AMD is indeed making at least four different chipsets for its AM5 socket. 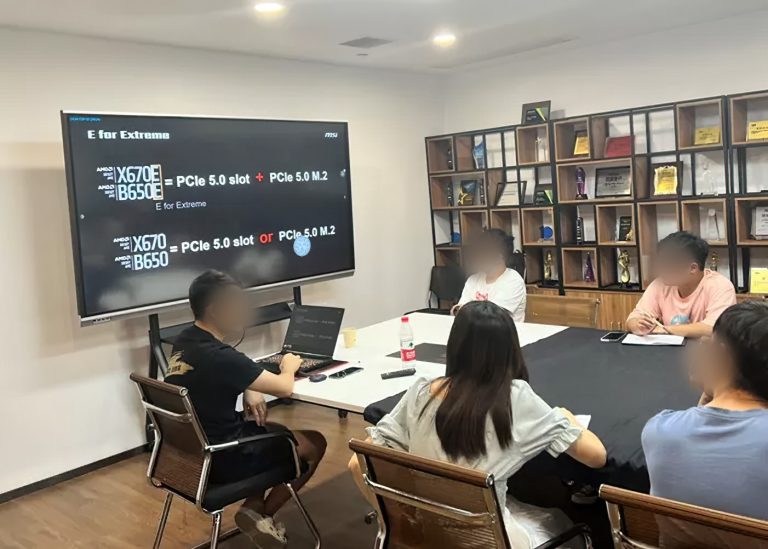 Later today, AMD will be revealing new details on its Ryzen 7000 series and possibly on the AM5 platform itself. Of rumors are to be believed, the B650 motherboards series are not expected to launch next month, but later.