AMD B650 motherboards are now available, pricing starts at $159

The B650 and B650E motherboards are now available starting from 160 USD in the US.

There is no sign of the promised $125 AMD AM5 boards yet, but the prices for B650 series indeed start much lower than premium X670. The cheapest boards have a MSRP of $159.9, but the majority of designs are oscillating around $200, which may still be too expensive for most users.

Newegg is reportedly listing AMD B650 motherboards at MSRP, which the cheapest one at $169.99, except it won’t be available until late October. Other B650 designs start at $199.99, but they are available immediately. 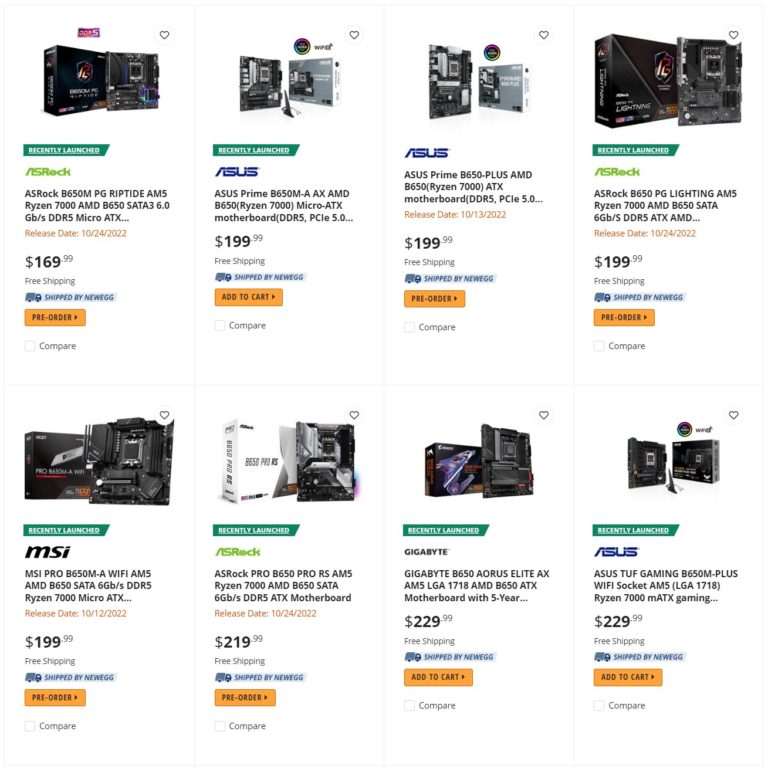 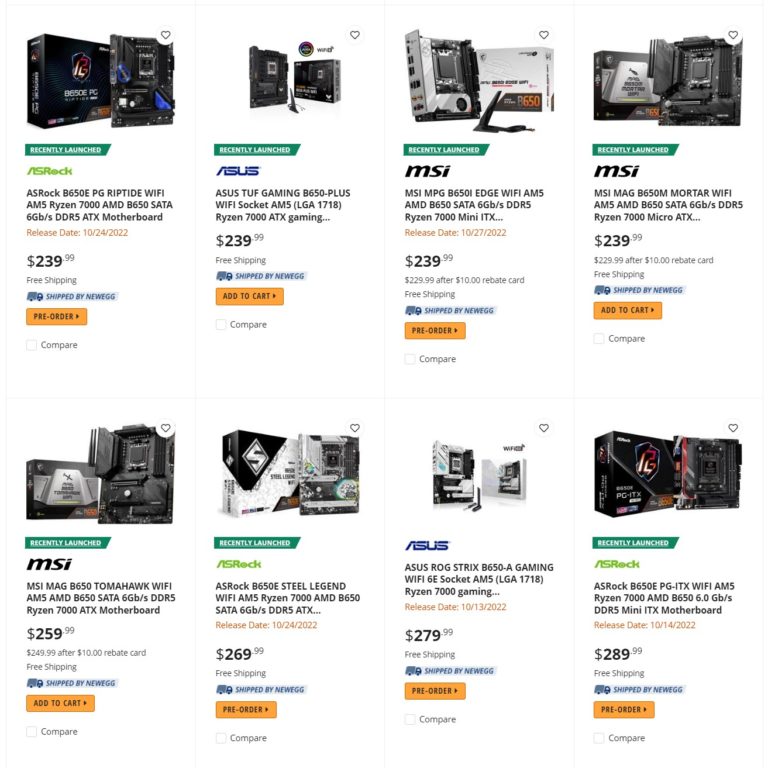 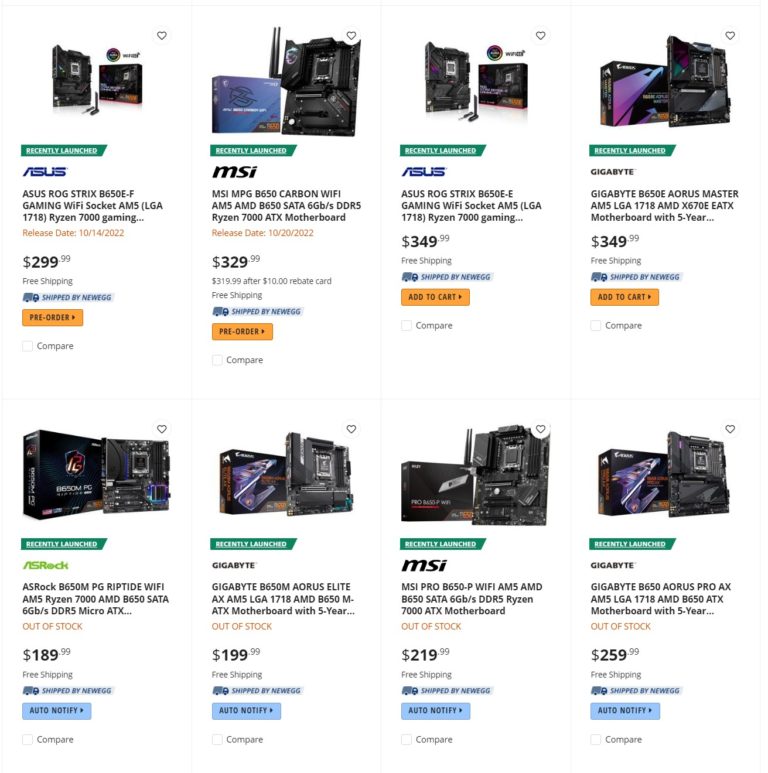 According to Hassan Mujtaba from Wccftech, Gigabyte will offer B650M DS3H motherboard for as low as $159.99, but this design is not listed by Newegg yet. It appears that currently the most expensive B650 motherboard is ASRock Taichi, which is just 50 dollars cheaper than X670E Taichi.

AMD has released its next-gen CPU platform before Intel, all four AMD Ryzen 7000 CPUs and all four 600 series chipsets are now on sale. Intel has thus far only confirmed the launch of its 13th Gen Core K-Series SKUs and enthusiast Z790 motherboards on October 20th.