AMD has introduced 12 new Ryzen processors based on Zen architecture.

Today AMD unveiled its Ryzen 4000G series based on Renoir silicon, featuring onboard Vega graphics. Sadly, the processors will not be available for consumers. AMD has made a decision to focus on OEM integrators. This is where the vast majority of the APUs end up anyway, according to AMD.

The AMD Ryzen 4000G series are compatible with AMD B550 and X570 motherboards. However, AMD is also introducing the Ryzen PRO 4000G series, which will support a new AMD PRO565 chipset.

AMD underlined that the announcement of the Ryzen 4000G series does not explicitly mean that there will not be new AMD APUs for 400- and 500-series motherboards. 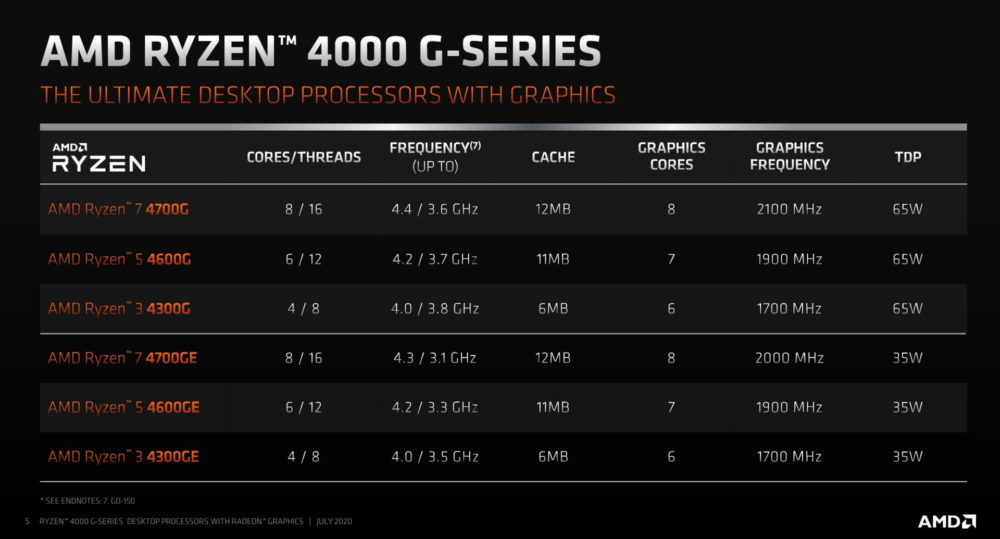 Partner Quotes
“Both our consumer and commercial customers expect PCs that deliver a blend of best-in-class performance and value,” said Mike Nash, chief technologist and head of Customer Experience and Portfolio Strategy, HP Inc. “HP offers a comprehensive AMD portfolio that offers incredible processing power and best-in-class integrated graphics across our consumer and gaming PCs as well as flexible functionality and enterprise-grade security in our commercial PCs to keep business users productive everywhere.”

“At Lenovo™, we are always listening to our customers’ pain points for new opportunities to transform how they feel about the PC desktop experience,” said Dilip Bhatia, Chief Customer Experience Officer at Lenovo. “Our IdeaCentre™ and ThinkCentre™ series serve our widest range of consumer and commercial customers for a reason, every desktop user wants smoother performance, more storage for files, and reliable graphics whether they’re working from home or at the office—but they also want sleek style. By bringing the speed of next-level AMD Ryzen Desktop Processors to our unique and more compact designs in several form factors, we are delivering more choice for better experiences without sacrificing style. The upgraded Lenovo IdeaCentre 5 with soft textured slide design is powered by AMD Ryzen 4700G Desktop Processor with Radeon Graphics options to provide the speed you need for premium entertainment and productivity tasks, while running cool and quiet. Featuring Ryzen PRO 4000 Series Desktop Processors, the Lenovo ThinkCentre M75t, M75s and M75q business PCs will be updated later this fall. The new desktops provide the flexibility of different form factors with layers of modern security features and manageability solutions for simpler deployment and IT management.” 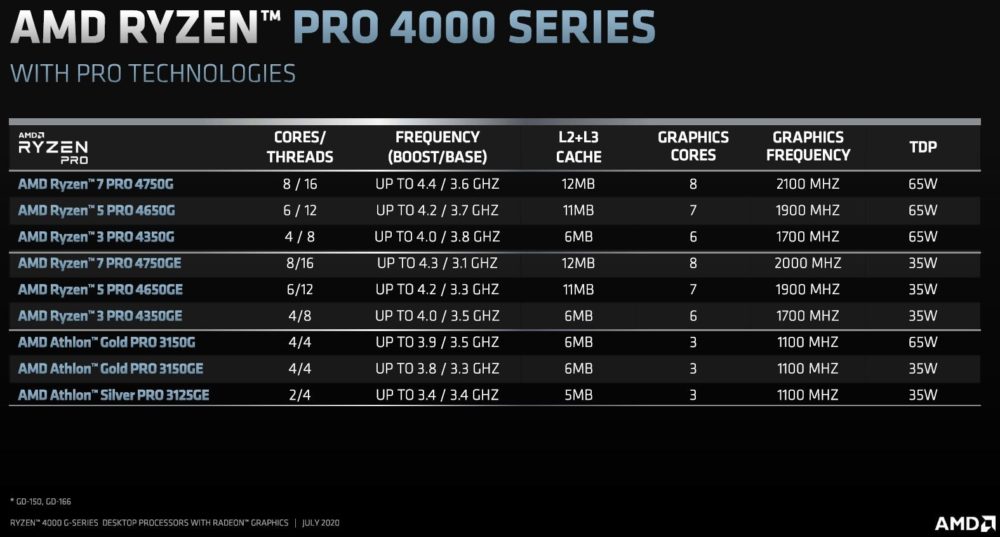 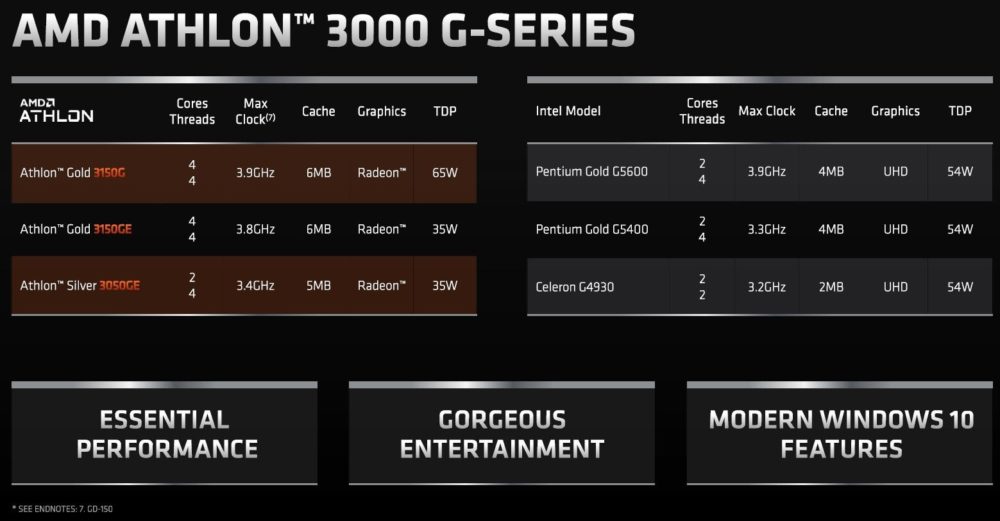 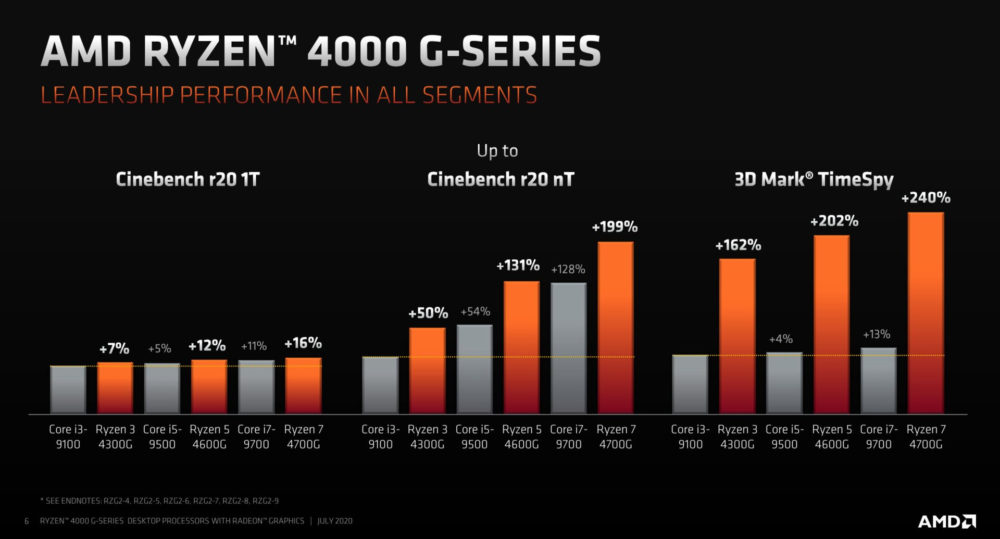 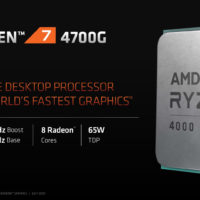 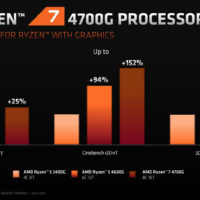 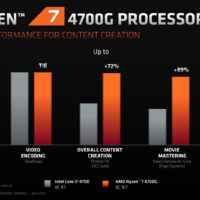 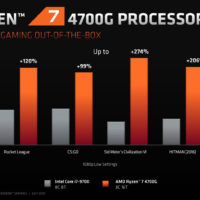 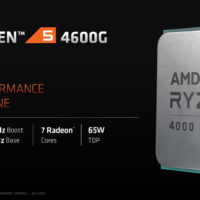 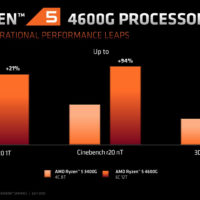 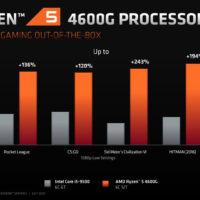 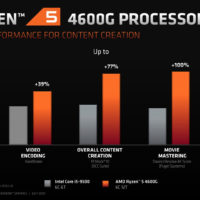 (8) Based on testing by AMD performance labs on 6.9.20 using the 3DMark Time Spy benchmark test. Performance may vary. 3DMark is a trademark of Futuremark Corporation. RZG2-9.

(9) Max boost for AMD Ryzen Processors is the maximum frequency achievable by a single core on the processor running a bursty single-threaded workload. Max boost will vary based on several factors, including, but not limited to: thermal paste; system cooling; motherboard design and BIOS; the latest AMD chipset driver; and the latest OS updates. GD-150

(11) As of 5/8/20. Testing by AMD Labs using the Ryzen 7 PRO 4750G vs Intel Core i7-9700 vPro in the Cinebench R20nT benchmark test: Performance per Watt based on Cinebench R20nT points delivered per watt of system power consumption during test. Results may vary. RPD-07