The slowest desktop RDNA2 graphics card is out. 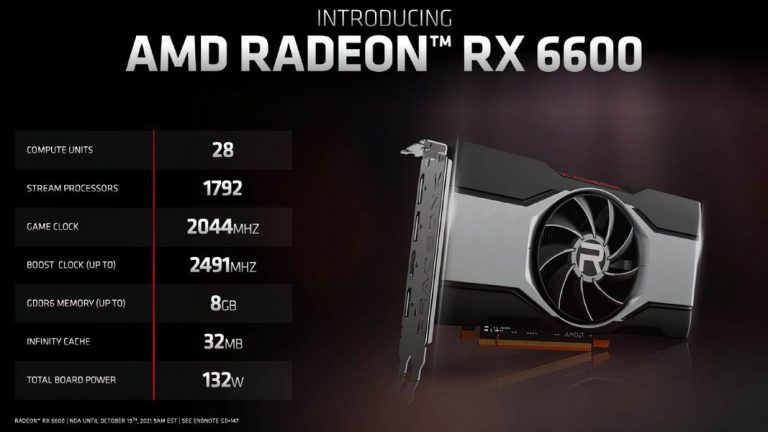 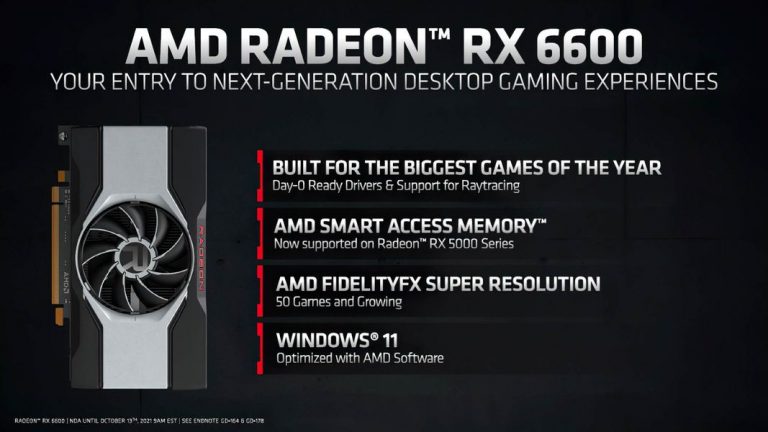 AMD Radeon RX 6600 is based on Navi 23 GPU with 1792 Stream Processors, a reduction of 256 cores from the full chip, and also the RX 6600 XT variant. This model represents the lowest tier in the whole RX 6000 lineup based on RDNA2 architecture.

Despite being the slowest, the card is still packed with 8GB GDDR6 memory, although limited to the 128-bit memory bus and 14 Gbps speed. This means that the card has a nearly identical memory configuration to RX 6600 XT but it has lower bandwidth of 224 GB/s. 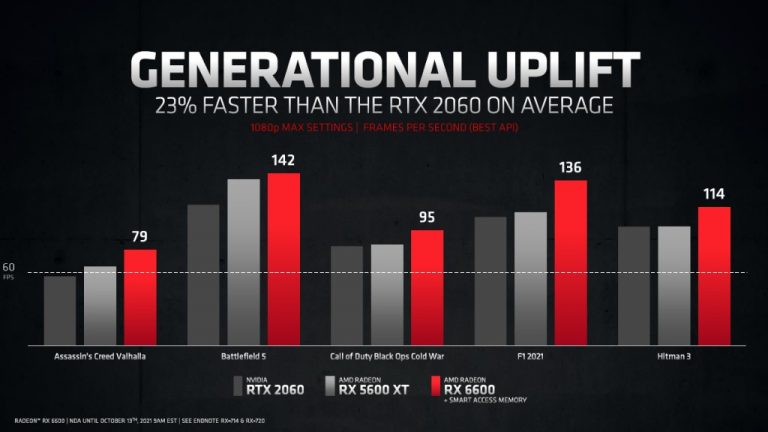 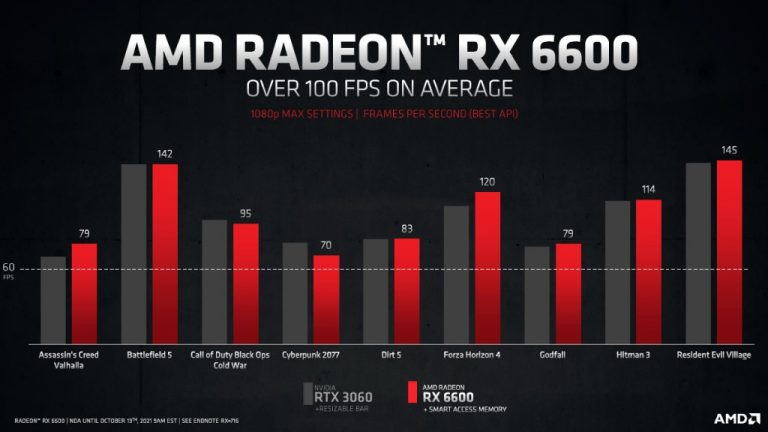 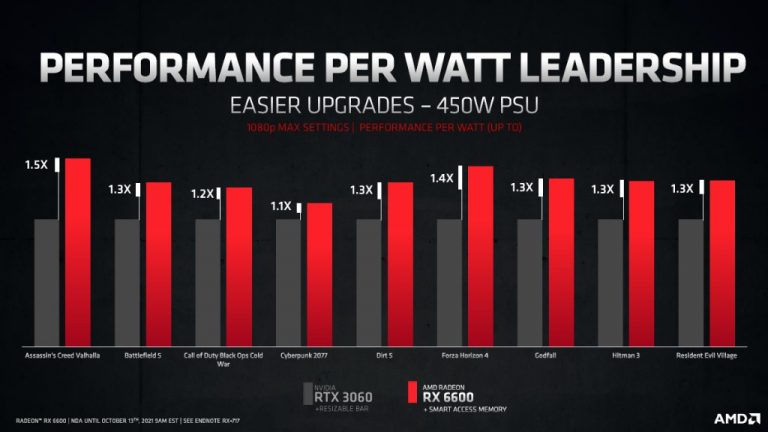 To avoid self-competition among RDNA2 GPUs, the card has lower clock speeds compared to the XT model by nearly 315 MHz for the base and 98 MHz for boost. Those changes are a result of lower board power of 132W, a reduction of 28W from the higher-end SKU.

AMD decided to compare its Radeon RX 6600 card with GeForce RTX 3060, which just happens to be the slowest Ampere model out there. AMD card may not be able to win against RTX 3060 in all games, but it will offer better performance per watt, according to AMD’s own slide: 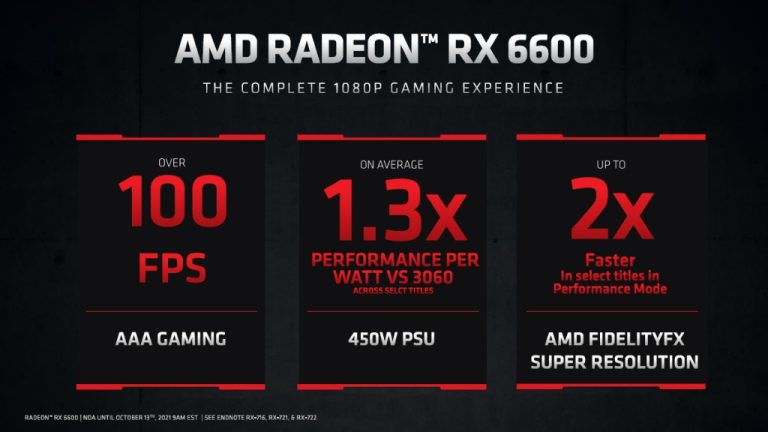 AMD Radeon RX 6600 will carry a price tag of 329 USD, but this price will likely not be mirrored by retailers.