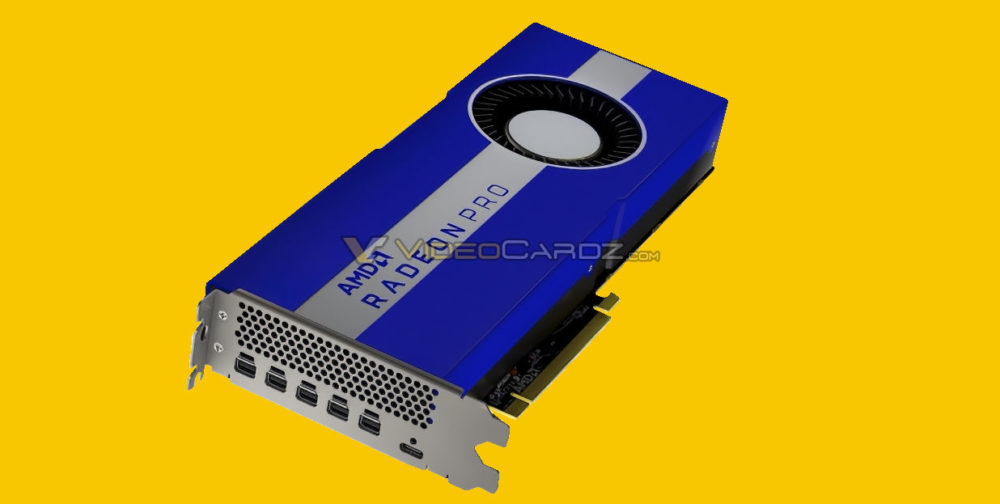 The Radeon Pro workstation series is receiving an update. The WX series will be succeeded by the W series. This is probably due to the fact that AMD is trying to unify naming schemas across the whole Radeon lineup. It is still not perfect, also constant changes are not helping, as customers are just required to constantly check what’s the latest.

The latest is Radeon Pro W5700, a Navi 10 based workstation graphics card. AMD calls it the first 7nm workstation card. It is not a 16GB model, but 8GB GDDR6.

In terms of actual performance, the maximum 32-bit floating-point throughput is 8.9 TFLOPs, this is more than RTX 4000 and much more than the Polaris-based WX series.

The W5700 features six display connectors: 5x mini-DP and USB-C (this is the first Radeon Pro card to have this connector).

A quick look at Radeon Pro Workstation series over the past 4 years:

The current mid-range workstation lineup is as follows: