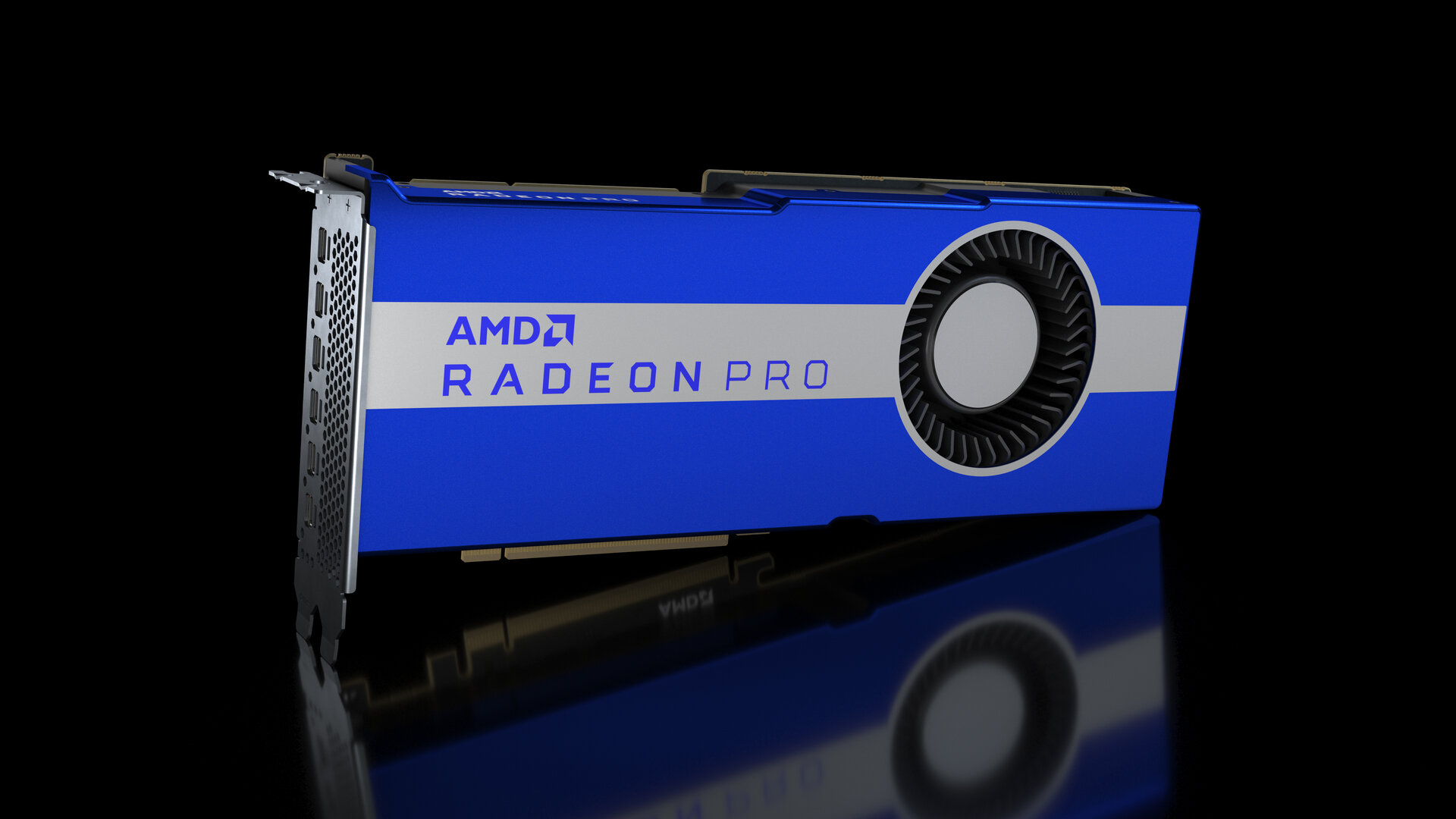 The new Radeon Pro features 16 GB of HBM2 memory, which is the same capacity as NVIDIA Quadro RTX 5000, although the bandwidth is much higher (1 TB/s). Unlike the Radeon RX (Radeon VII) model, the Pro variant does not have an HDMI display output. Instead, AMD opted for six mini-DisplayPort connectors which are 8K capable.

AMD Radeon Pro VII is a PCIe Gen 4.0 graphics card, which is not surprising considering all Navi-based Pro models are compatible with the new interface. However, this is an advantage over the Turing-based Quadro RTX series, which are only PCIe Gen 3 capable. It is also worth mentioning that Radeon VII (from RX series) is only PCIe Gen 3.0.

The card has a typical board power of 250W, which is slightly less than RTX 5000 (260W). It requires a single 8-pin and a single 6-pin power connector. This configuration is another difference compared to the RX model, as the card was spec’ed at 295W TBP with dual 8-pin.

AMD is also bringing back a new multi-GPU bridge for the Radeon Pro VII. The bridge is called ‘Infinity Fabric Link’ and it has a bandwidth up to 168 GB/s. AMD is comparing its Infinity Fabric Link with NVIDIA NVLINK which can offer a maximum bidirectional bandwidth of 100 GB/s (for RTX 5000 it is 50 GB/s). 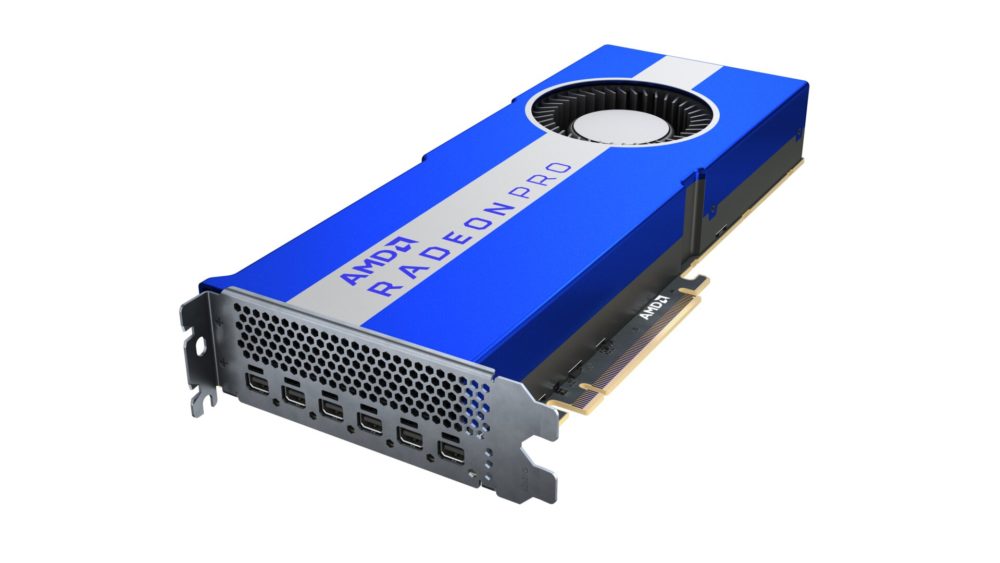 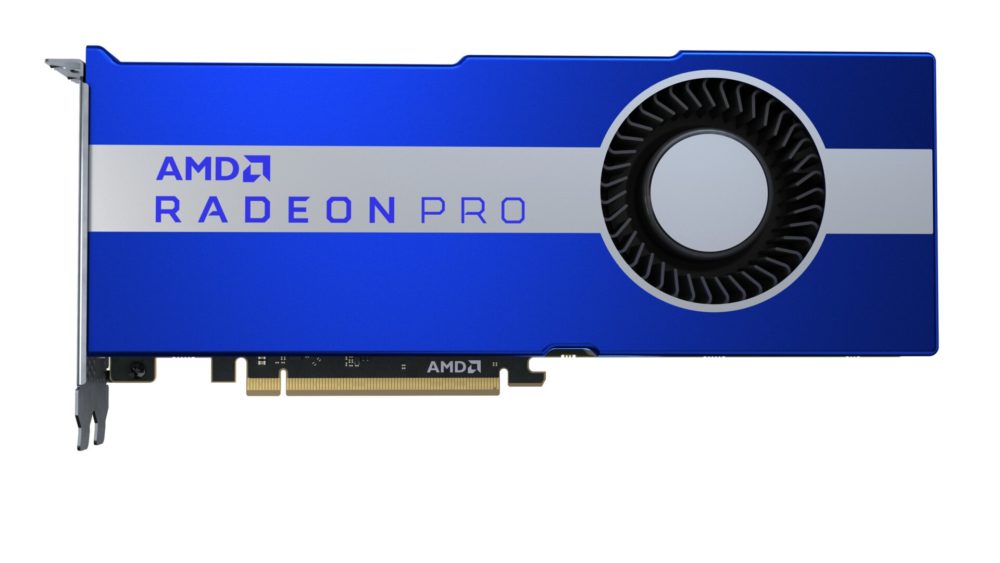 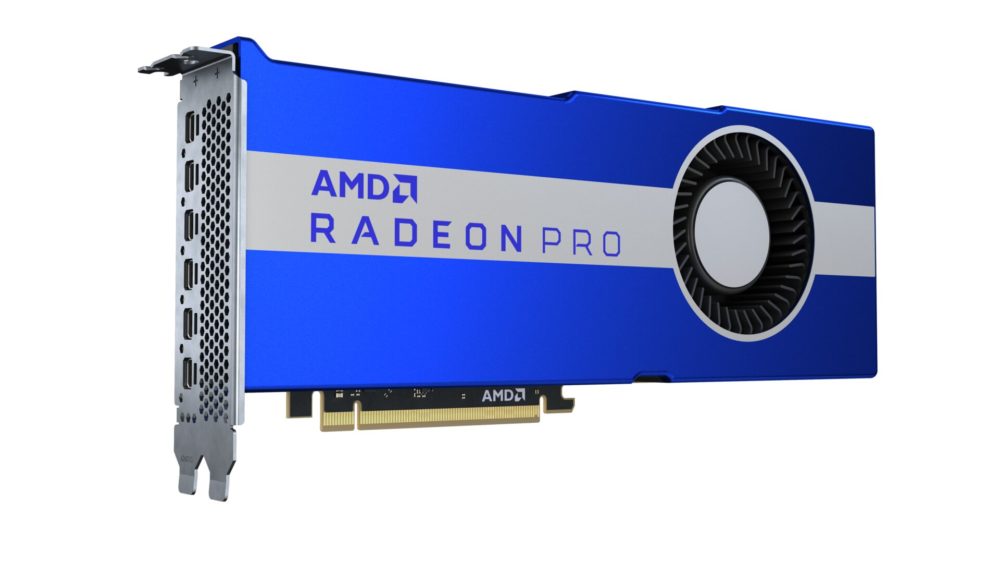 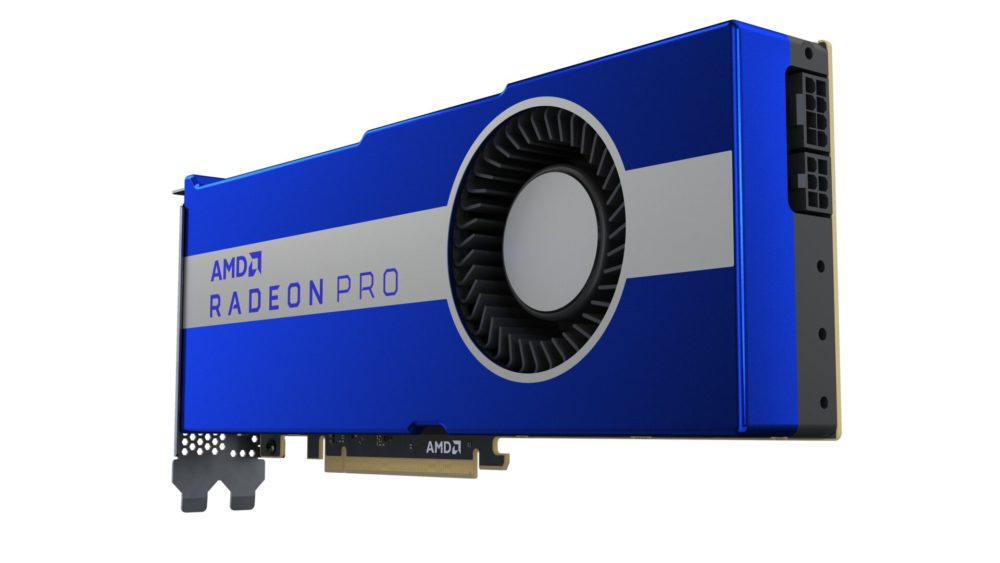 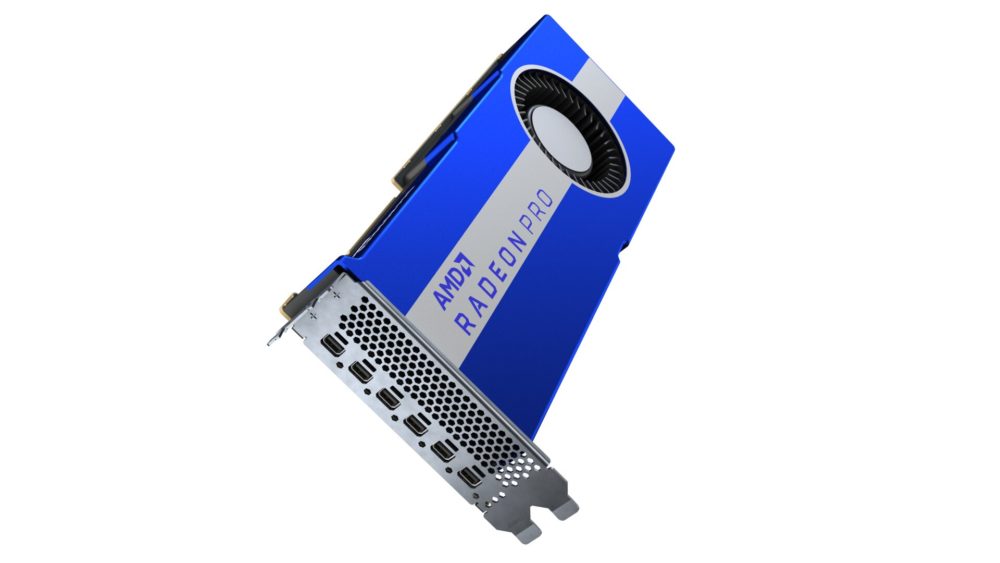 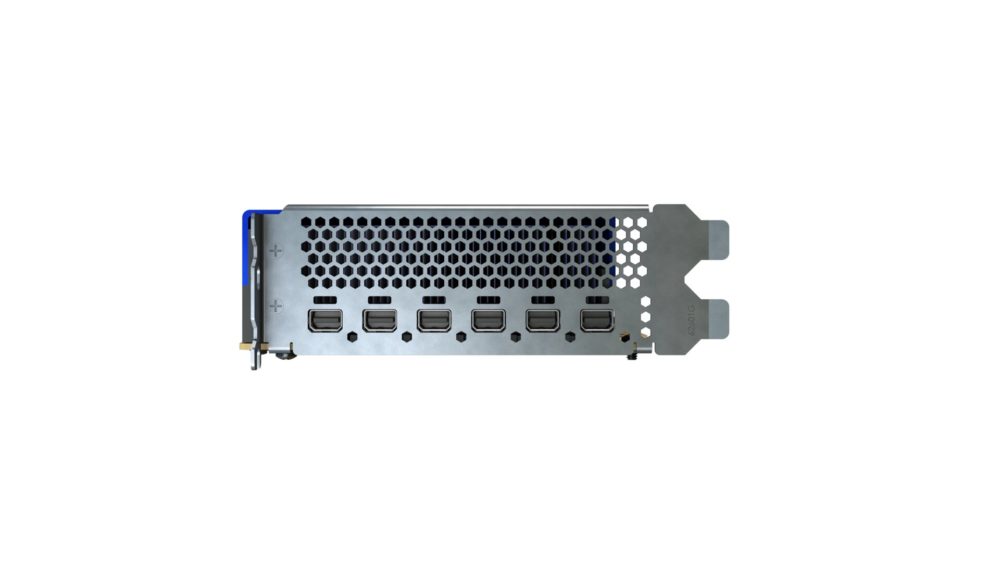 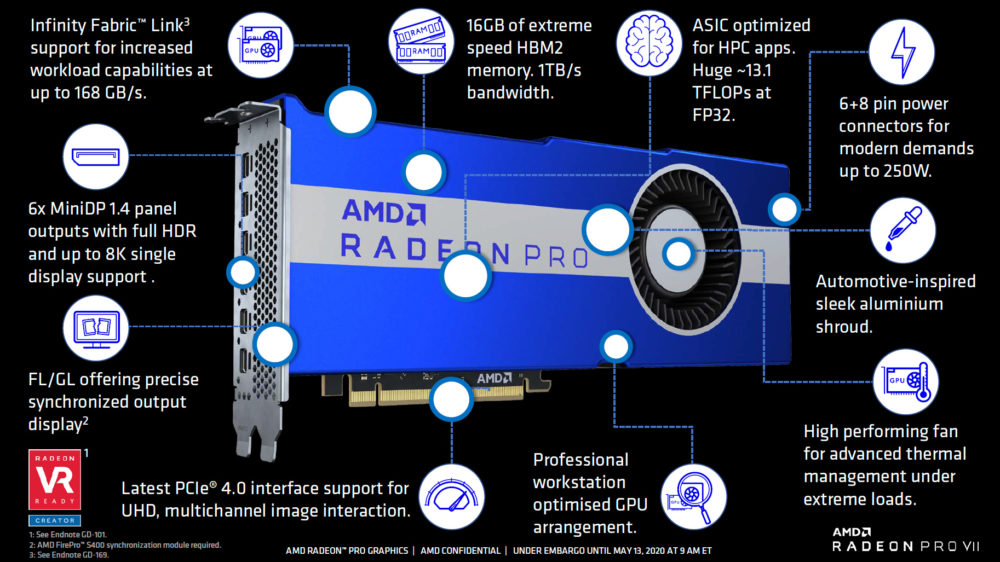 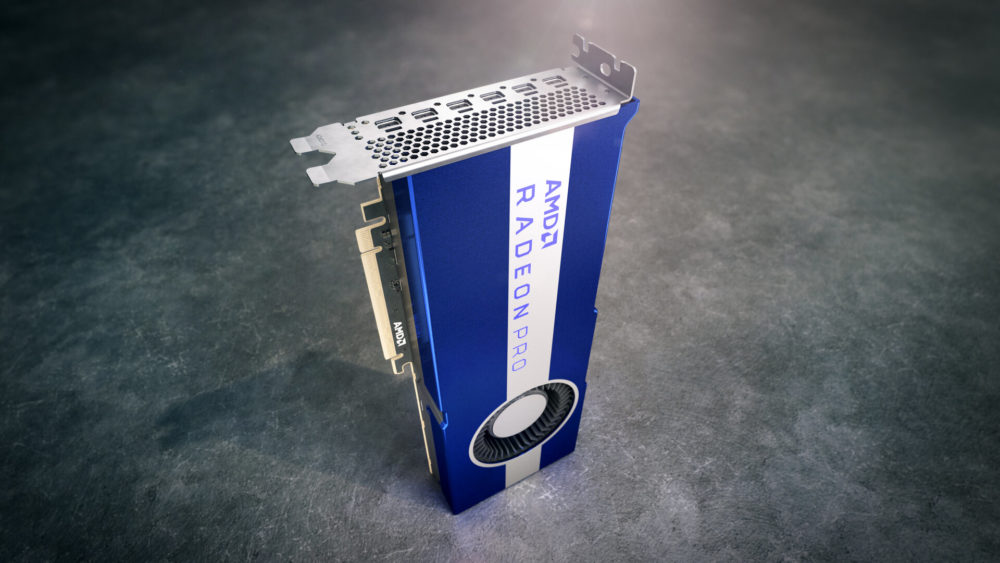 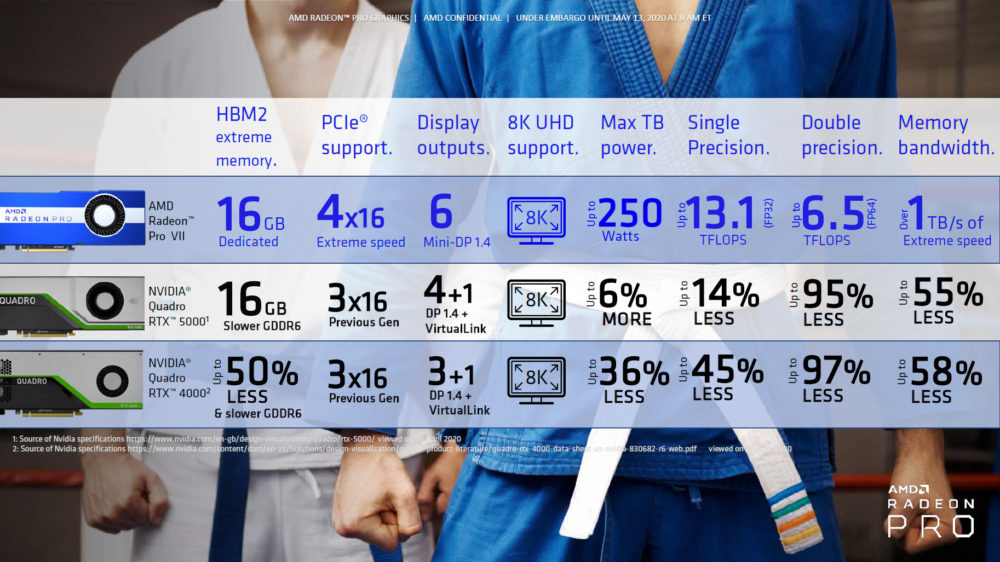 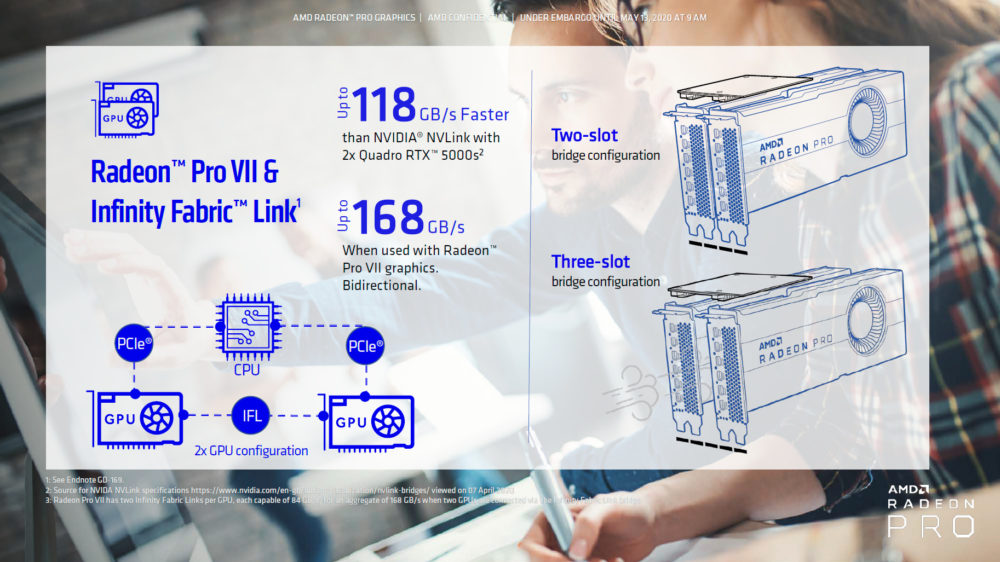 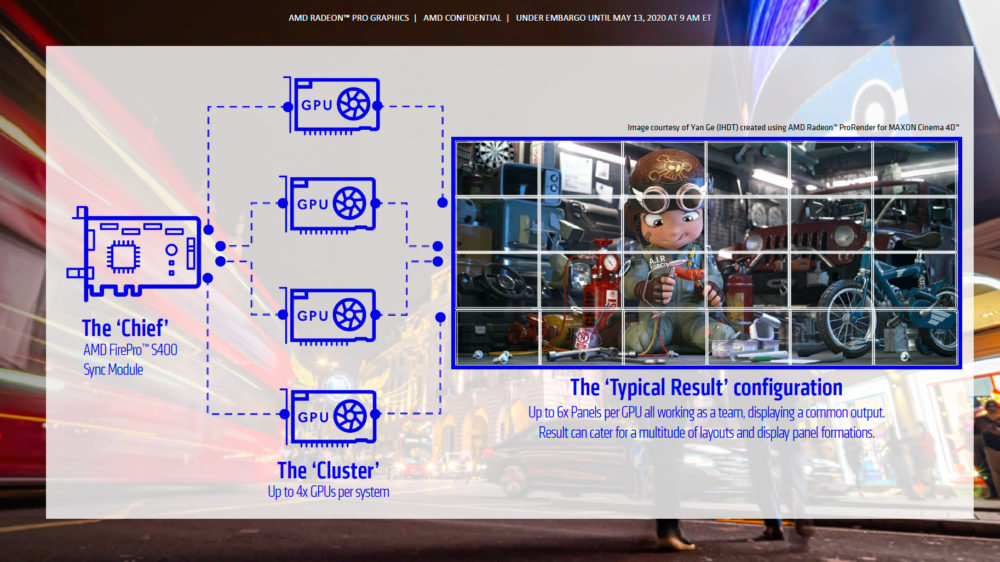 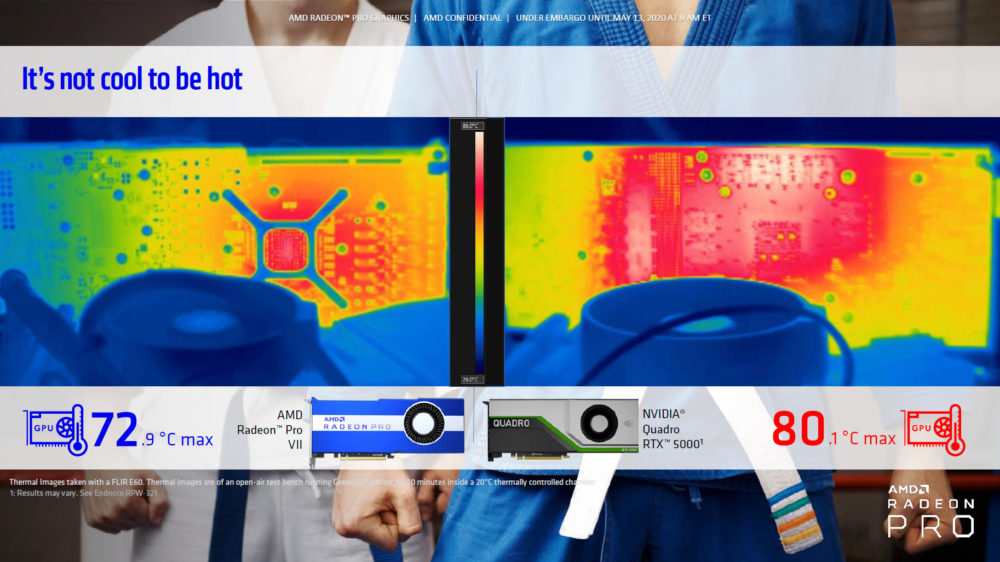 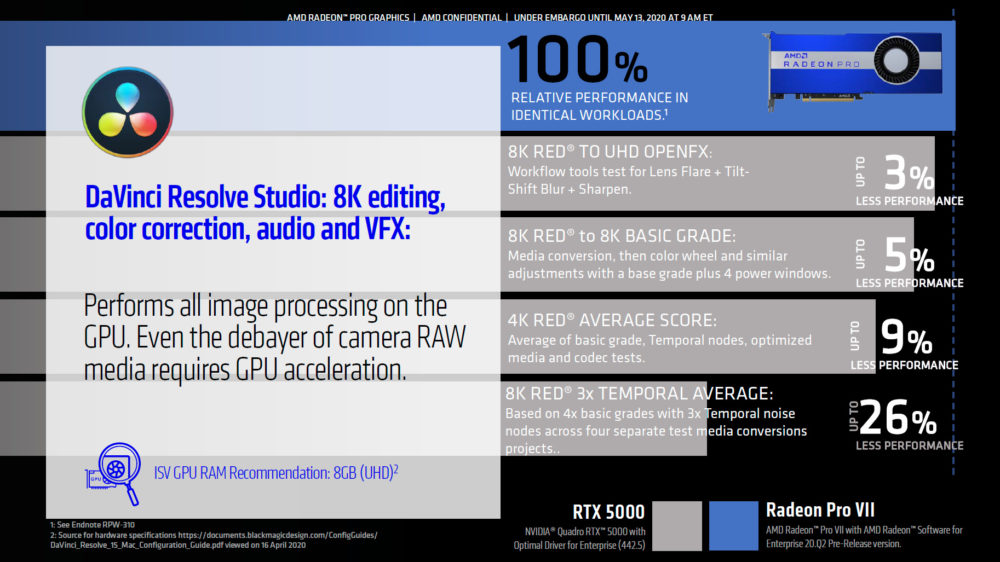 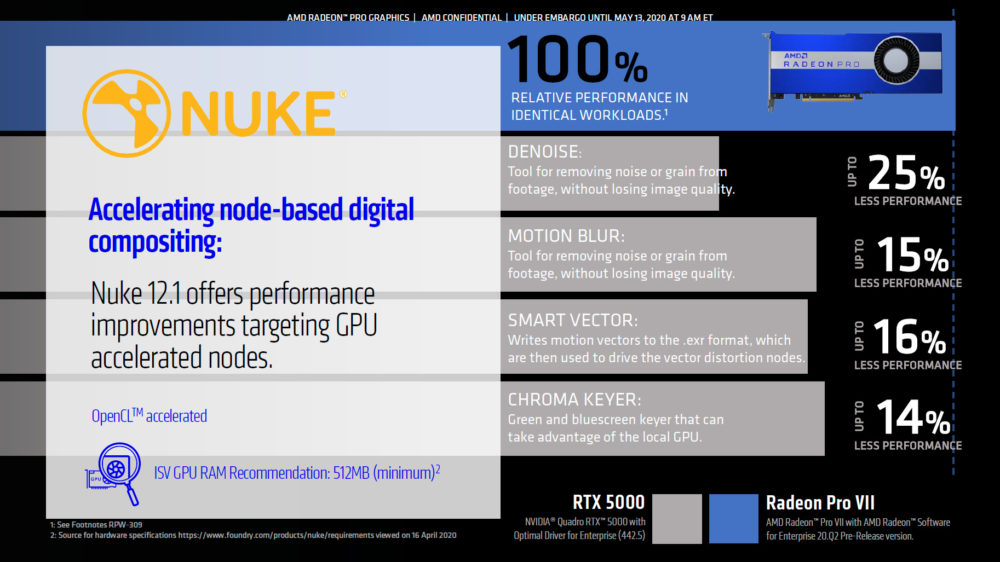 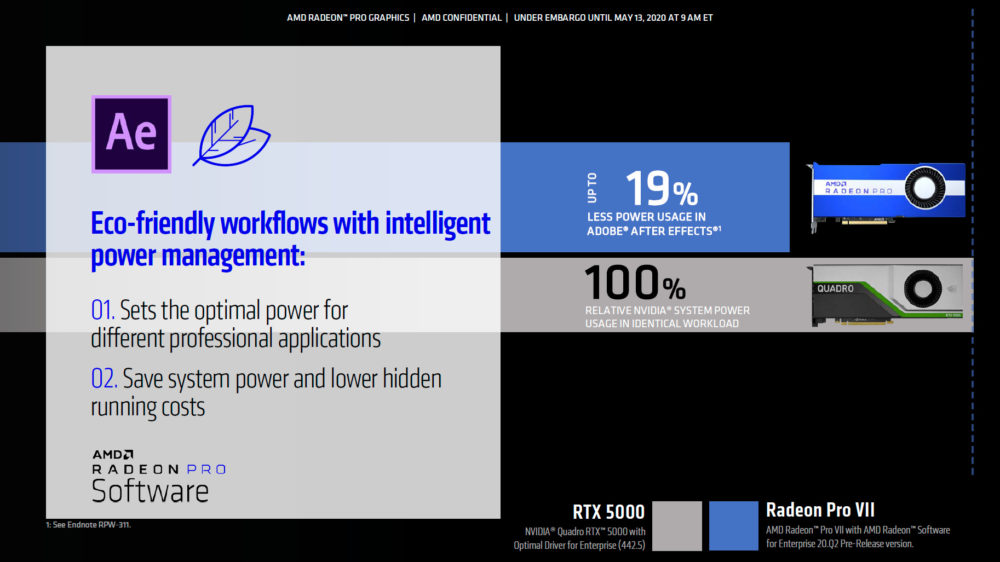 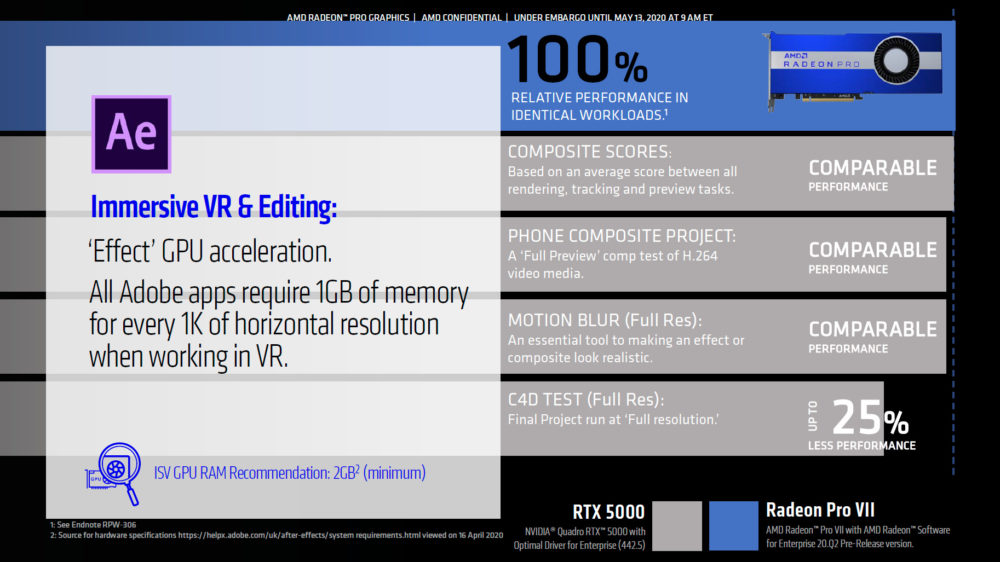 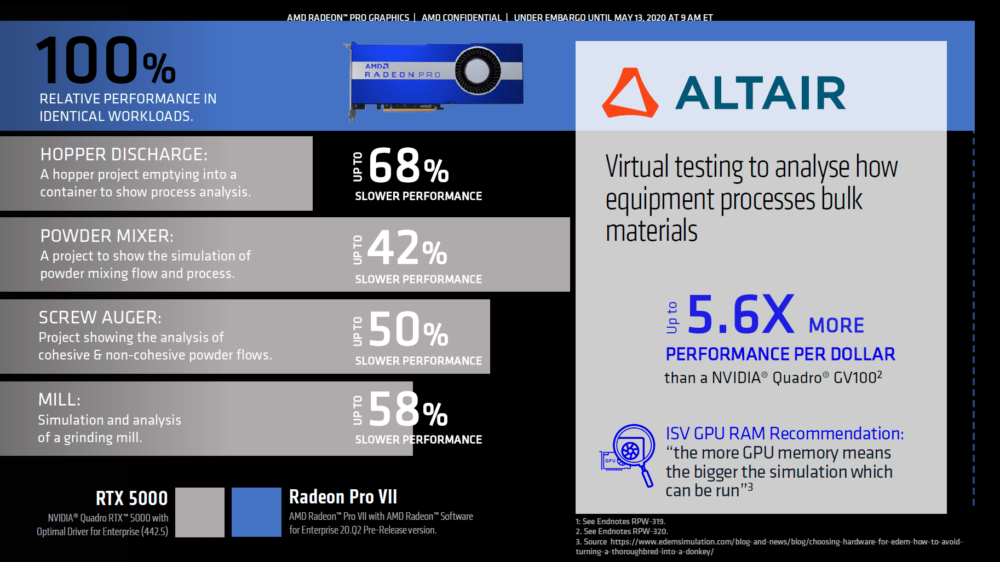