AMD is releasing four new Radeon 7000 graphics featuring up to 32 Compute Units based on the latest architecture.

Today’s update brings the first RDNA3 GPU based on 6nm process technology to laptops. This GPU known as Navi 33 is a small 204 mm² processor with built-in AV1 video encoding and decoding support. AMD also updating its Radeon 6000 product stack with three 50-80W SKUs based on RDNA2 architecture. All three feature 4GB G6 64-bit memory, so this is definitely an entry-level update.

AMD Radeon RX 7600M XT is now the fastest RDNA3 mobile GPU. This processor will operate within the 75 to 100W TDP range, and it offers 32 Compute Units, which gives 2048 Shader Processors. The GPU is limited to 8GB of GDDR6 memory across a 128-bit interface. It also supports 32MB of Infinity Cache. 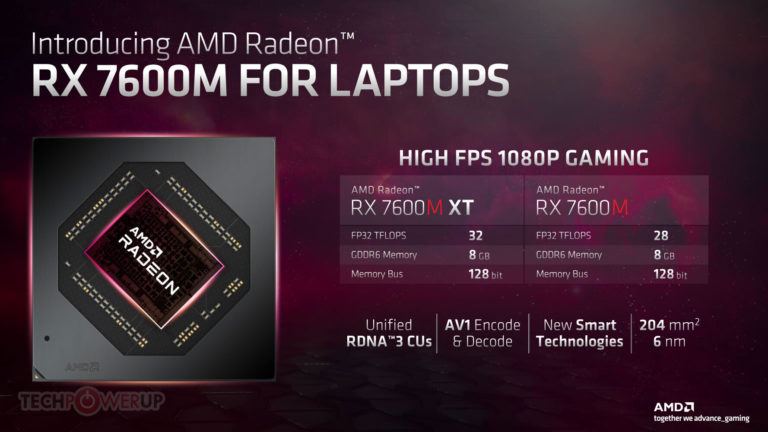 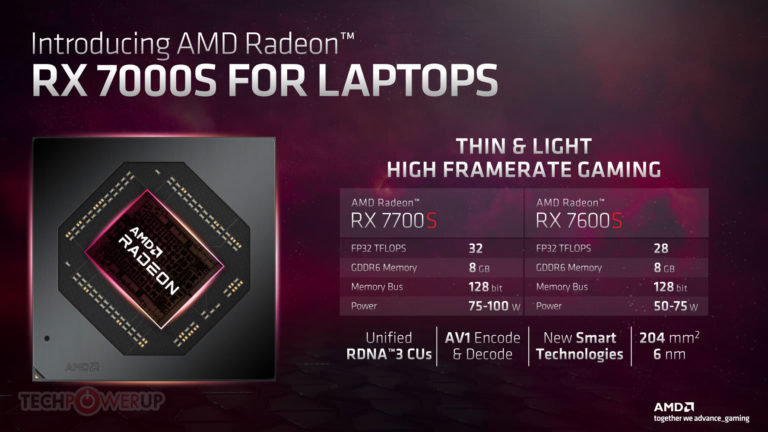 According to AMD, the fastest GPU announced today will be even faster than desktop GeForce RTX 3060 GPU. This comparison is quite interesting because it does not involve mobile GPU limitations, but rather a nominal TDP of 170W for a desktop SKU. 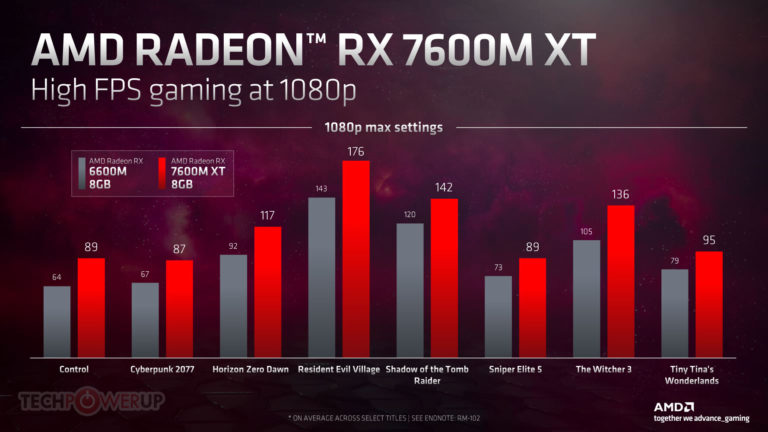 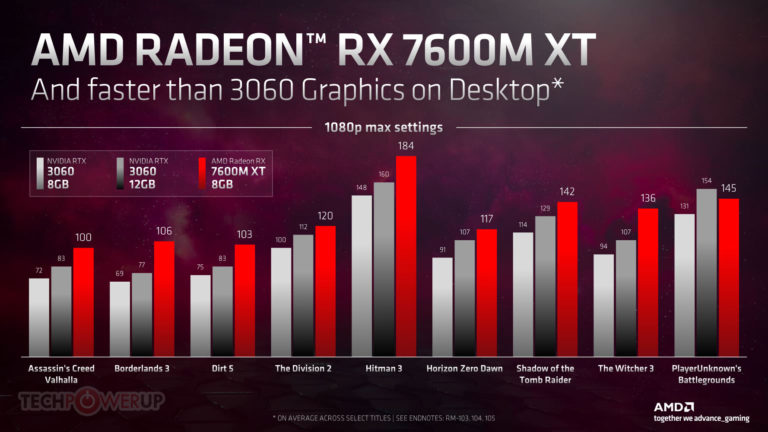 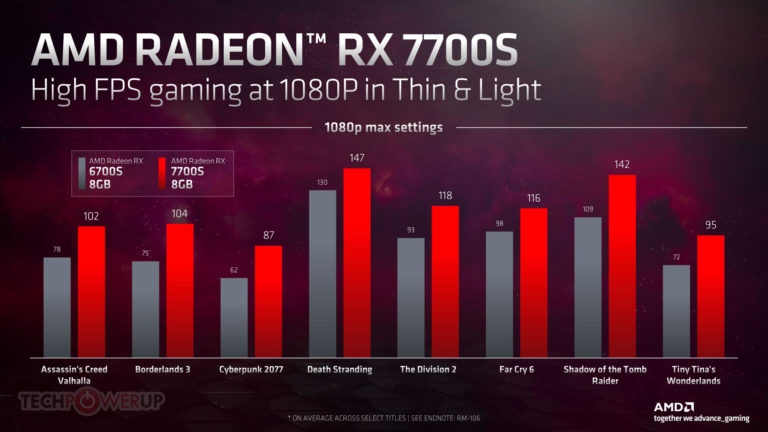 AMD is confirming four laptops designs will feature AMD Ryzen 7000/Radeon 7000 config. These are AMD Advantage Edition laptops, which will be one of the first RDNA3 laptops to ship, and if everything goes according to plan that should happen in February. 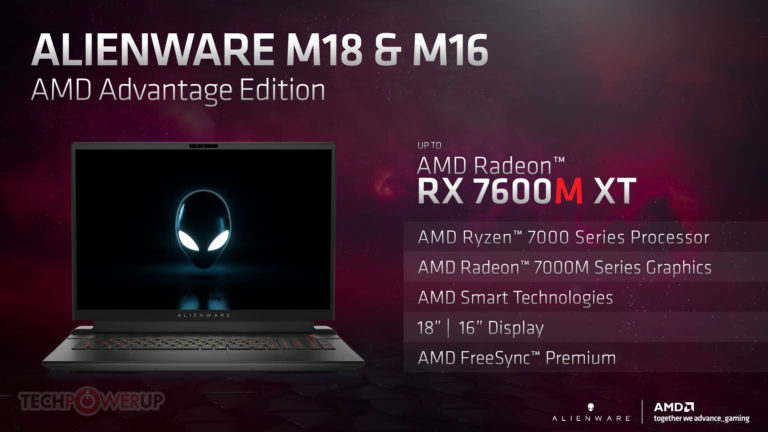 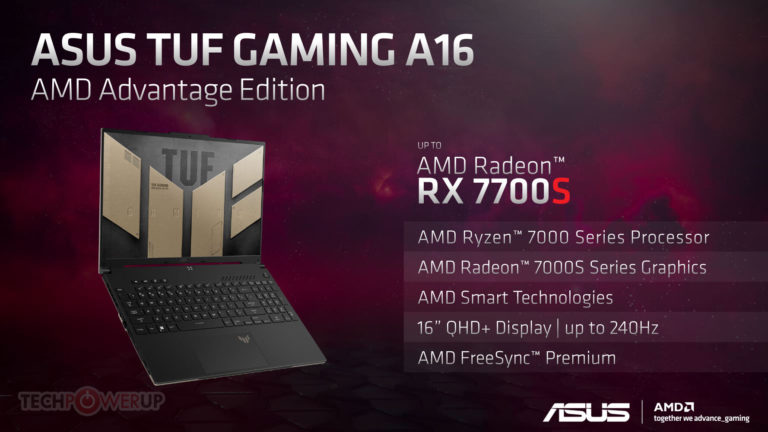 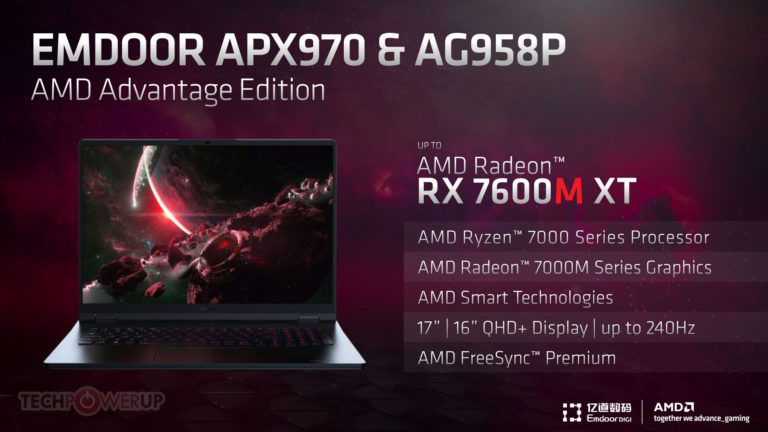