The INSTINCT MI100 drops the Radeon naming. AMD made a similar decision to NVIDIA who dropped Quadro and Tesla for its HPC accelerators and workstation cards. The MI100 features a new GPU featuring 120 Compute Units (7680 Stream Processors), which is 40 CUs more than Navi 21 (Big Navi).

The MI100 is equipped with 32GB of HBM2 memory (four HBM stacks) with a maximum theoretical bandwidth of 1.23 TB/s. The product uses PCI Express Gen4, similar to the AMD Navi series and Vega 20.

AMD claims that the CDNA-based GPU will have twice as high compute density as the last generation. It will feature an all-new matrix core technology for HPC and AI workloads. AMD says that it will be nearly 7X on AI workloads with Mixed Precision and FP16, up to 4X faster GPU-to-GPU performance with Infinity Architecture vs PCIe 4.0. 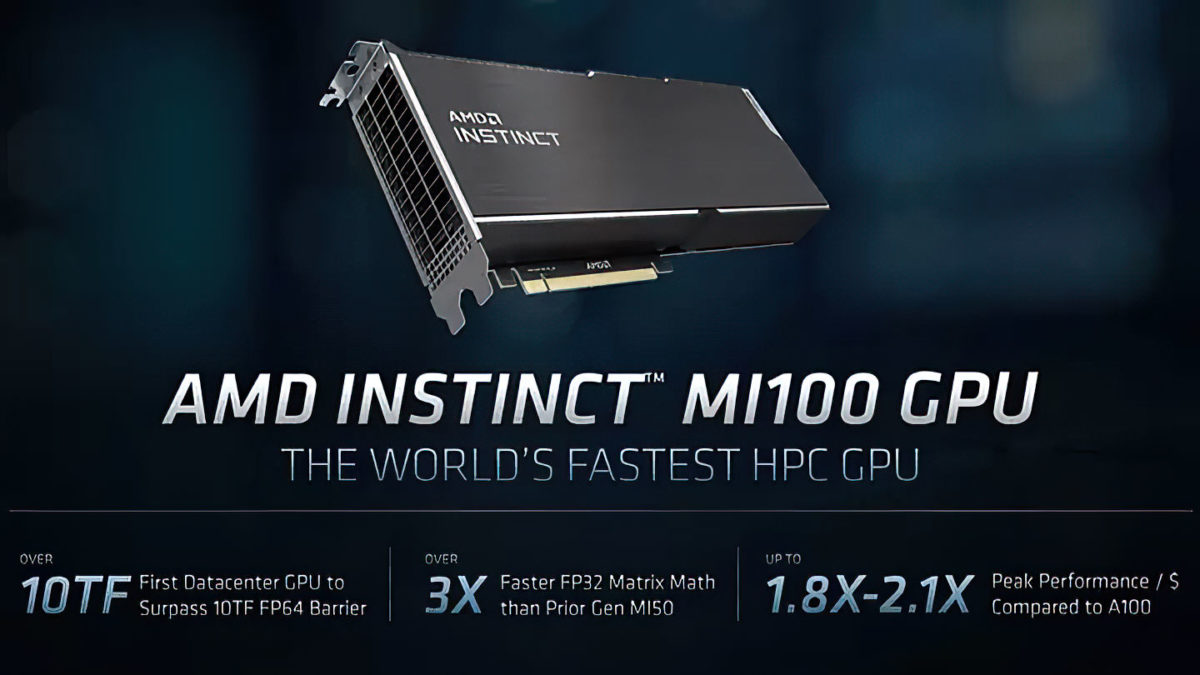 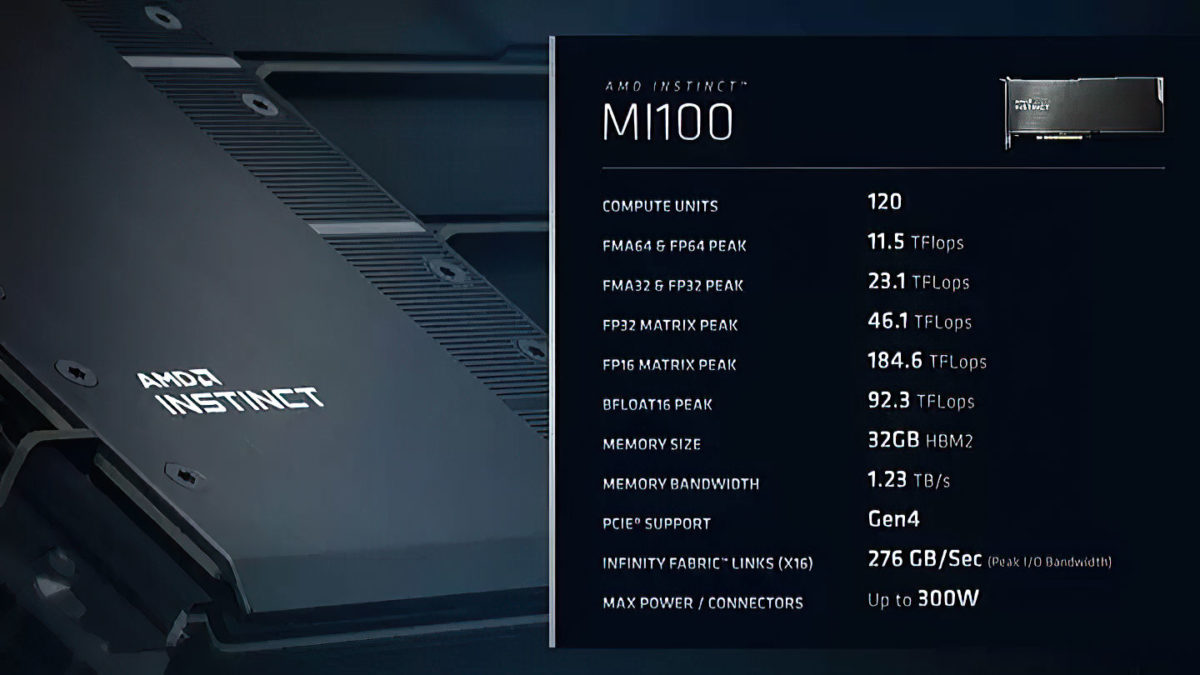 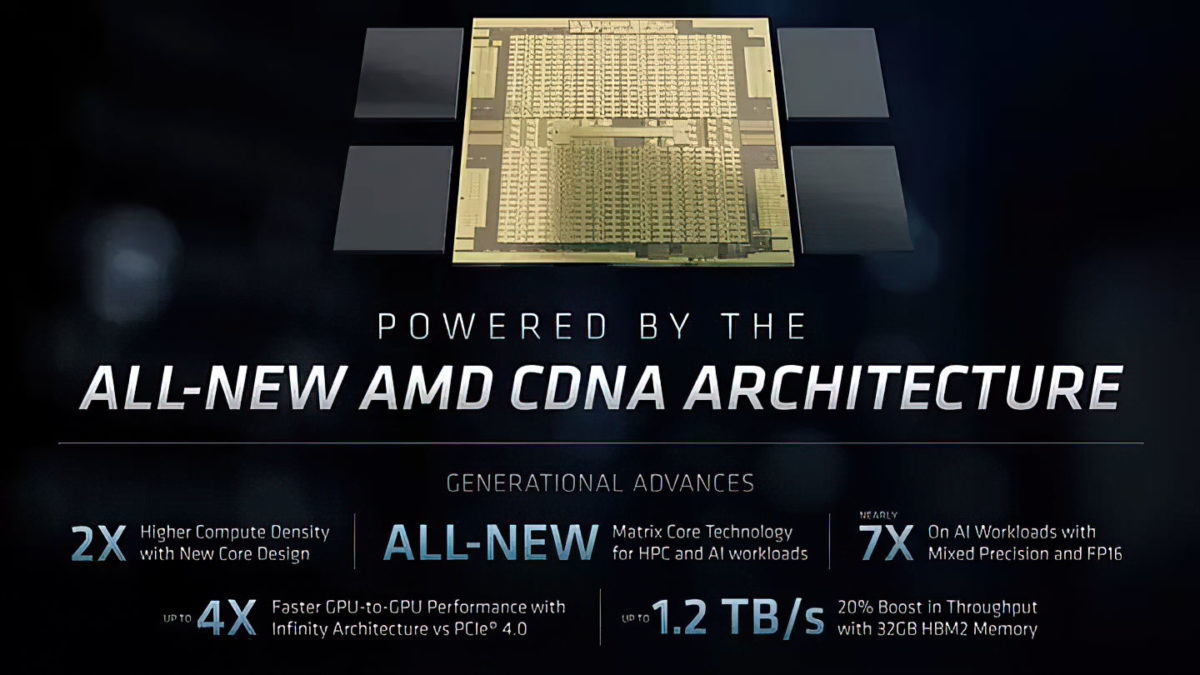 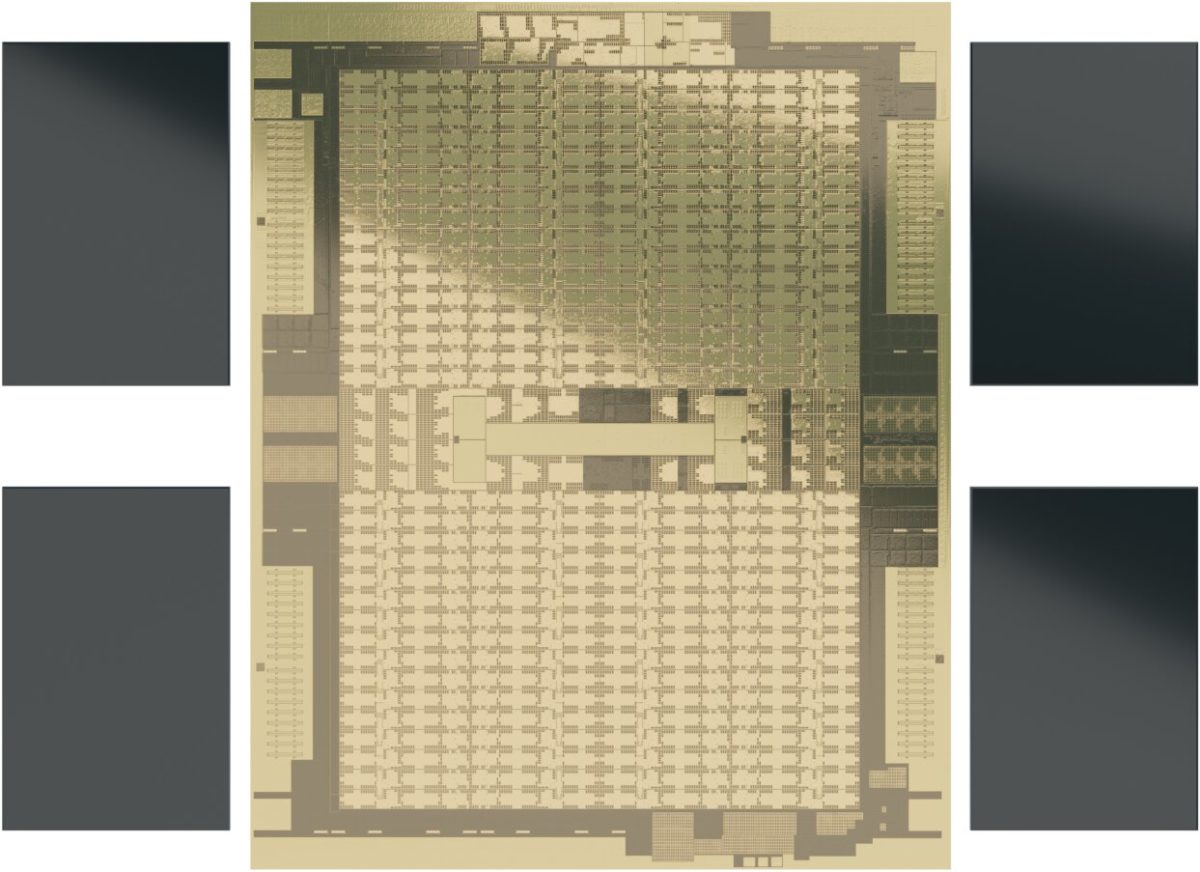 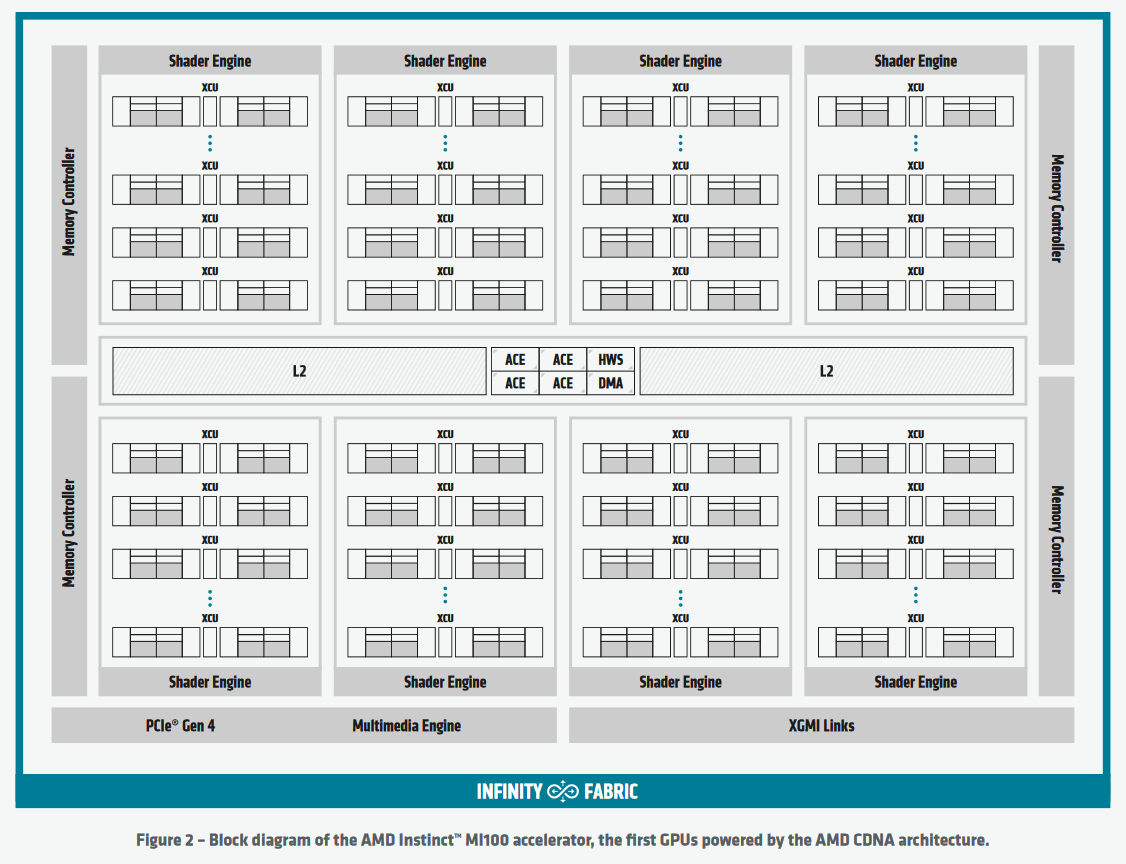 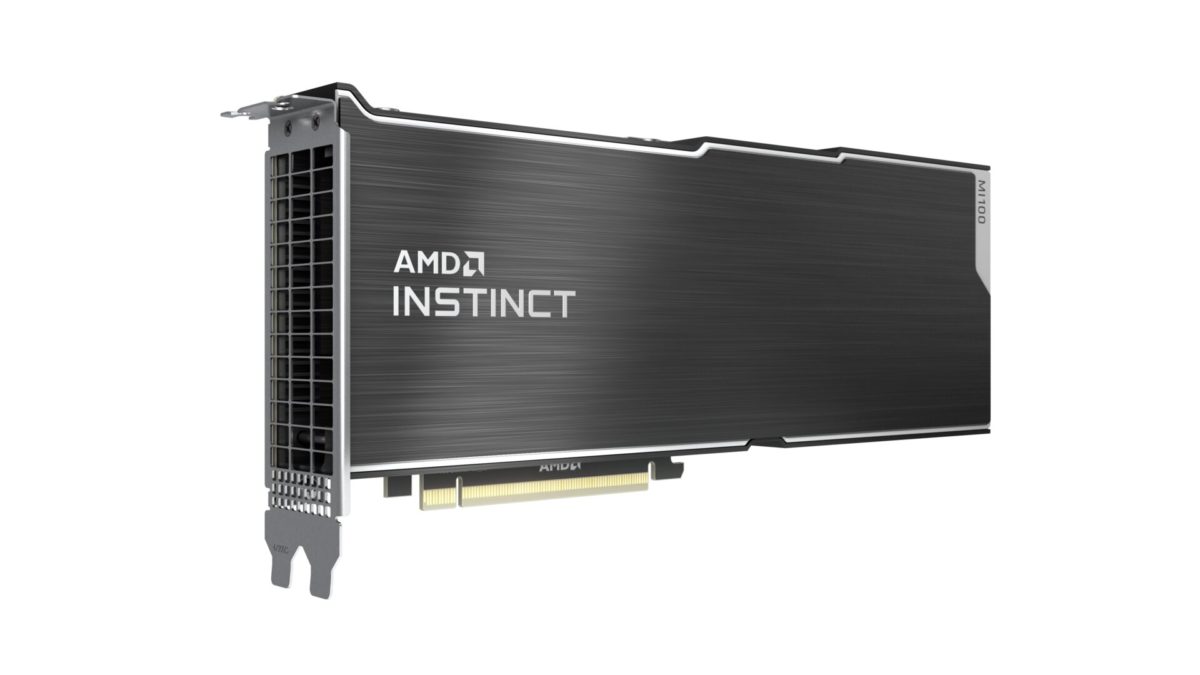 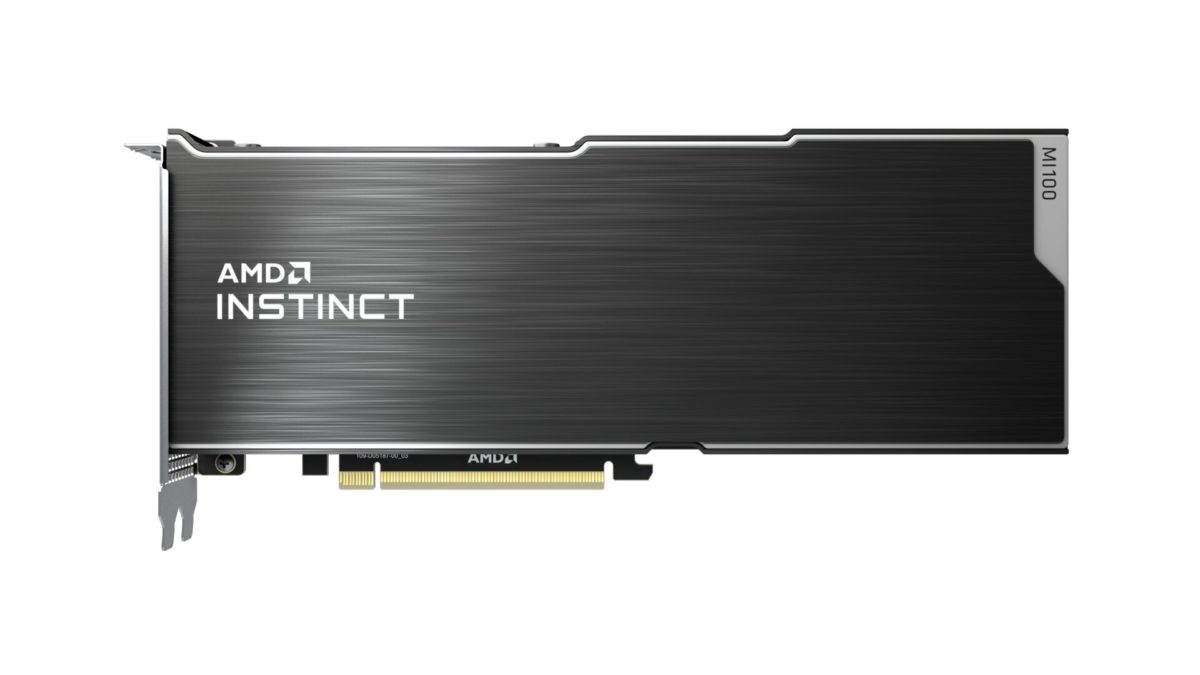 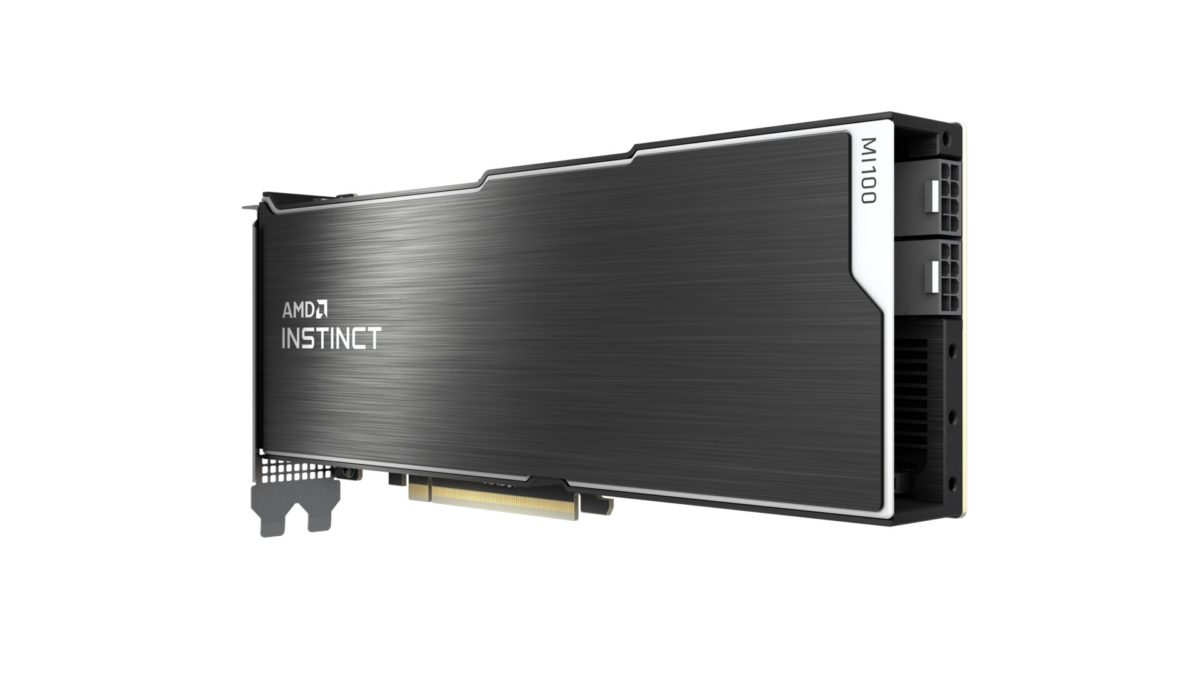 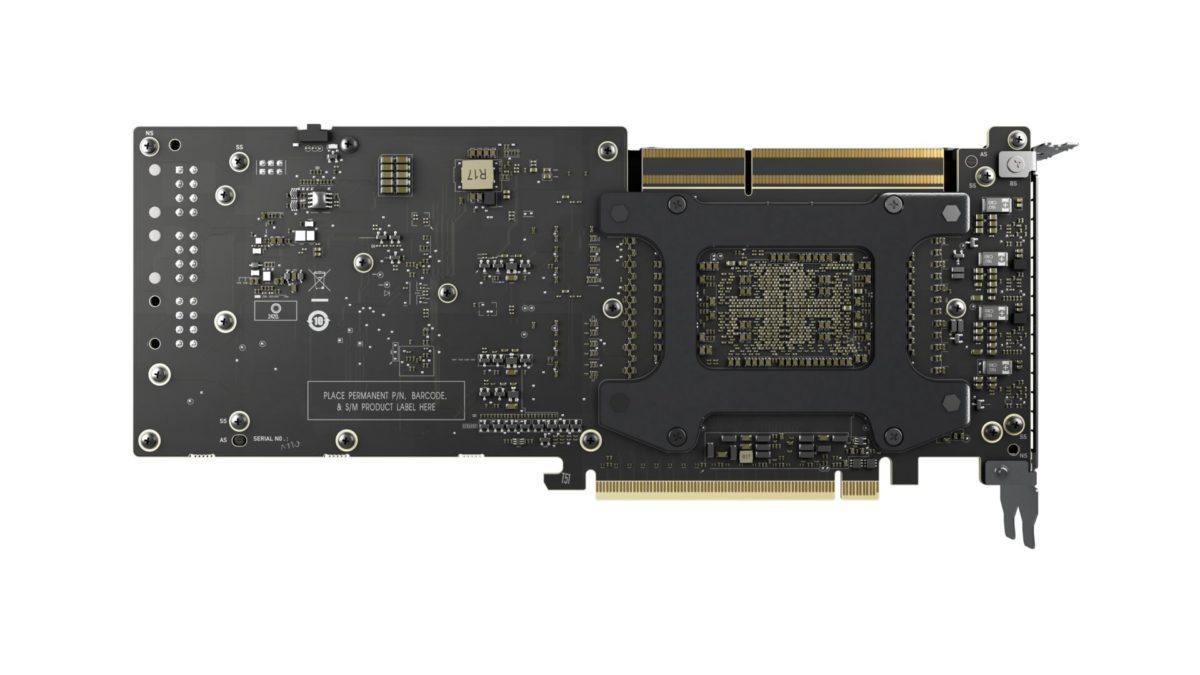 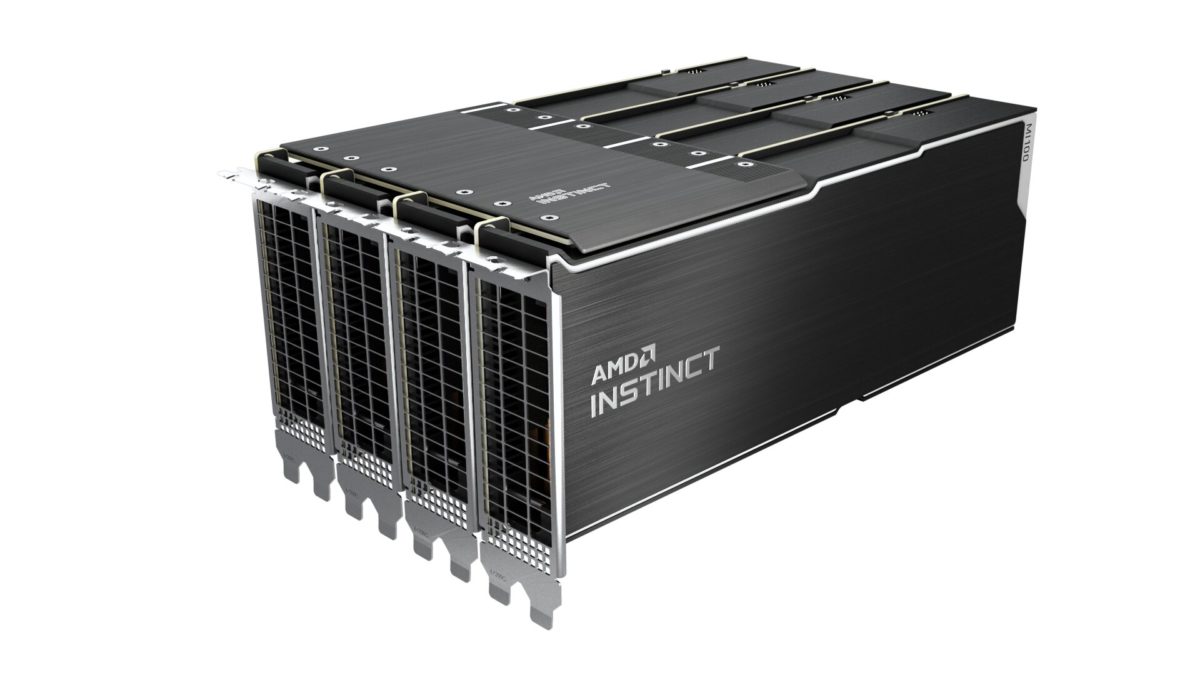 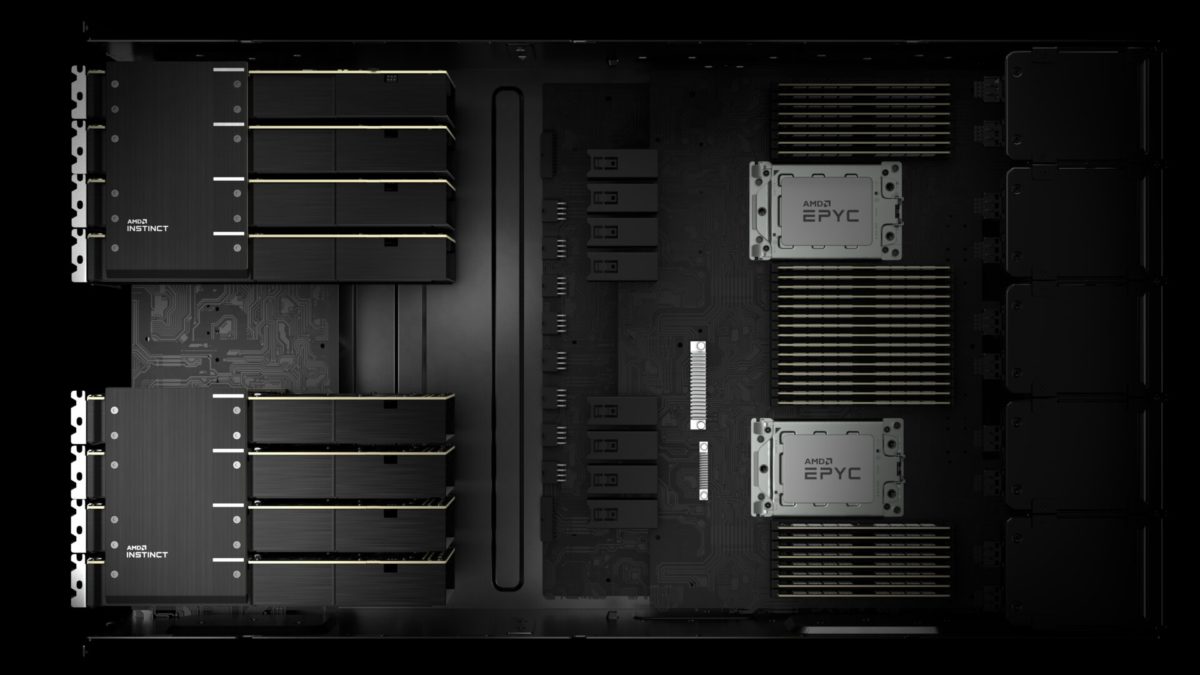