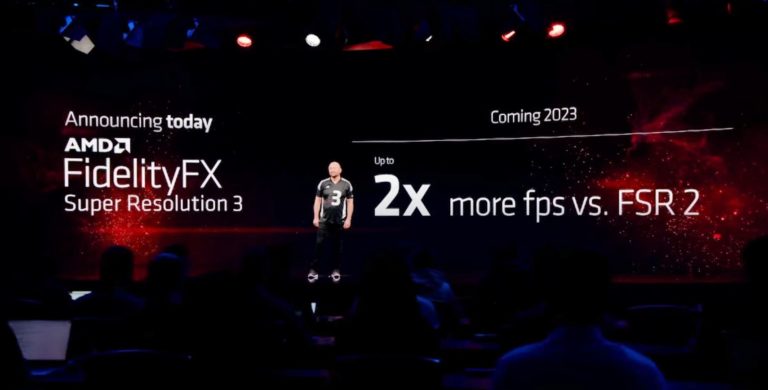 In an Unreal Engine 5 demo, Radeon RX 7000 GPU hits 60 FPS with FSR 2.0, however once a new technology called FSR 3.0 is engaged, the performance increased to 112 FPS. According to AMD, this new upscaling technology will improve performance by up to 2 times.

The FSR 3.0 supports Fluid Motion Frames Technology, but the company is not confirming what exactly does it mean. However, it definitely sounds familiar. AMD confirms this tech will launch next year, without stating any specific dates.

Furthermore, AMD is introducing a major update for its graphic drivers. A technology called HYPER-RX is a one-click performance and latency improvement feature. In games such a Dying Light 2, AMD claims up to 85% better performance with 1/3 of the latency. This technology should be a competitor for NVIDIA Reflex and DLSS technologies combined.

According to AMD, HYPER-RX will be available in the first half of 2023. 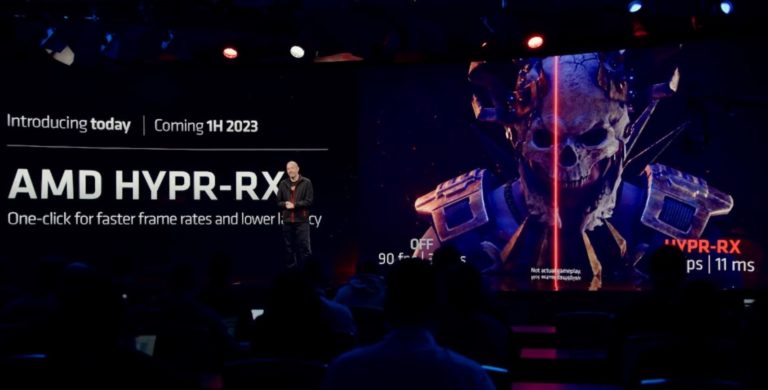