AMD AM5 socket could be compatible with AM4 coolers, 170W TDP SKU confirmed

The schematics showing AMD’s upcoming LGA1718 socket known as AM5 have been leaked by @TtLexington.

According to the renders published by the user, the AMD AM5 socket could retain compatibility with existing AM4 coolers. The design of the socket along with its retention mechanism have all been published already by ExecutableFix. This new leak appears to confirm that information. 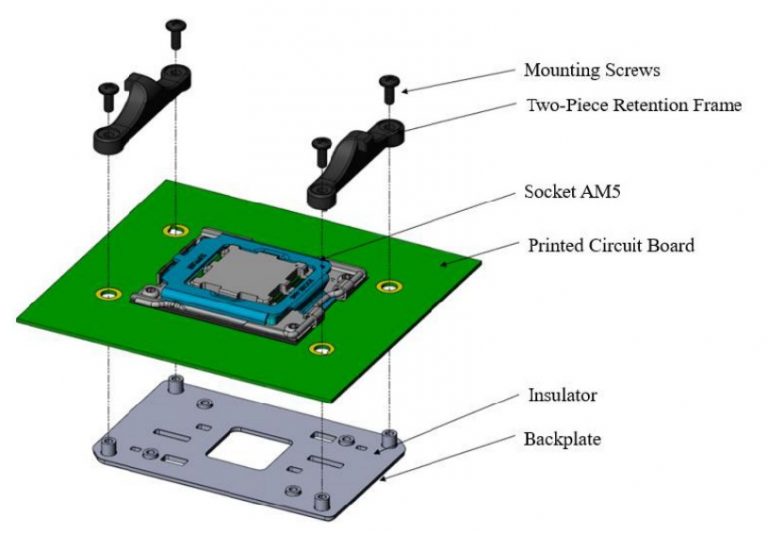 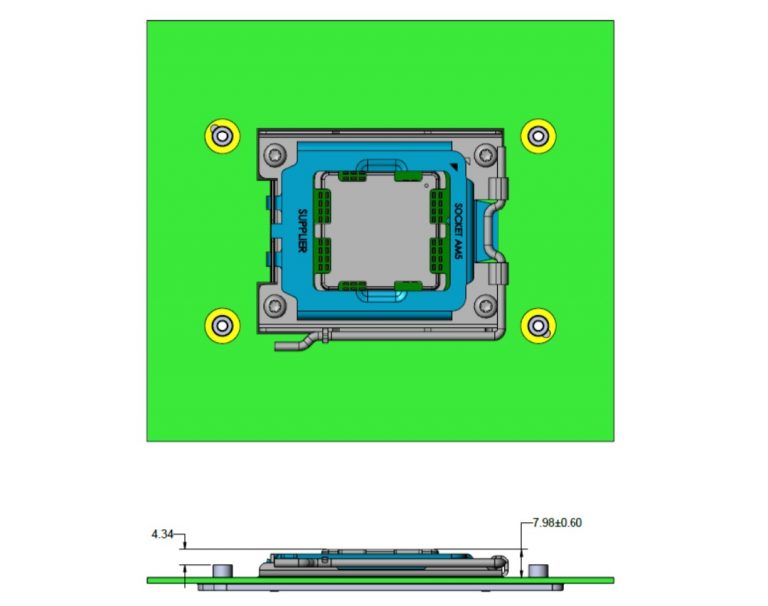 Furthermore, the leaked datasheet appears to also confirm the information on TDP for upcoming AM5 SKUs. As previously revealed, AMD Raphael SKUs are to launch with 120W and 170W TDP, the latter requiring a 280mm liquid cooler. The 120W TDP class is also new, increasing the TDP by 15W over existing high-end AM4 solutions.