TechPowerUP has a picture of the AMD AM5 socket platform which confirms PCIe Gen4 support.

Yesterday Intel confirmed its upcoming 12th Gen Core Series codenamed “Alder Lake” will be the first to support PCIe Gen5. Meanwhile, AMD’s Raphael Ryzen CPU Series which are now expected in 2022, will not support this standard, a leaked diagram confirms. The origin of this diagram is likely from the Gigabyte/AMD hack, TechPowerUP appears to have gained access to those files.

AMD AM5 CPUs are to support dual-channel DDR5 memory. This particular diagram does not state the maximum speed of the supported memory. 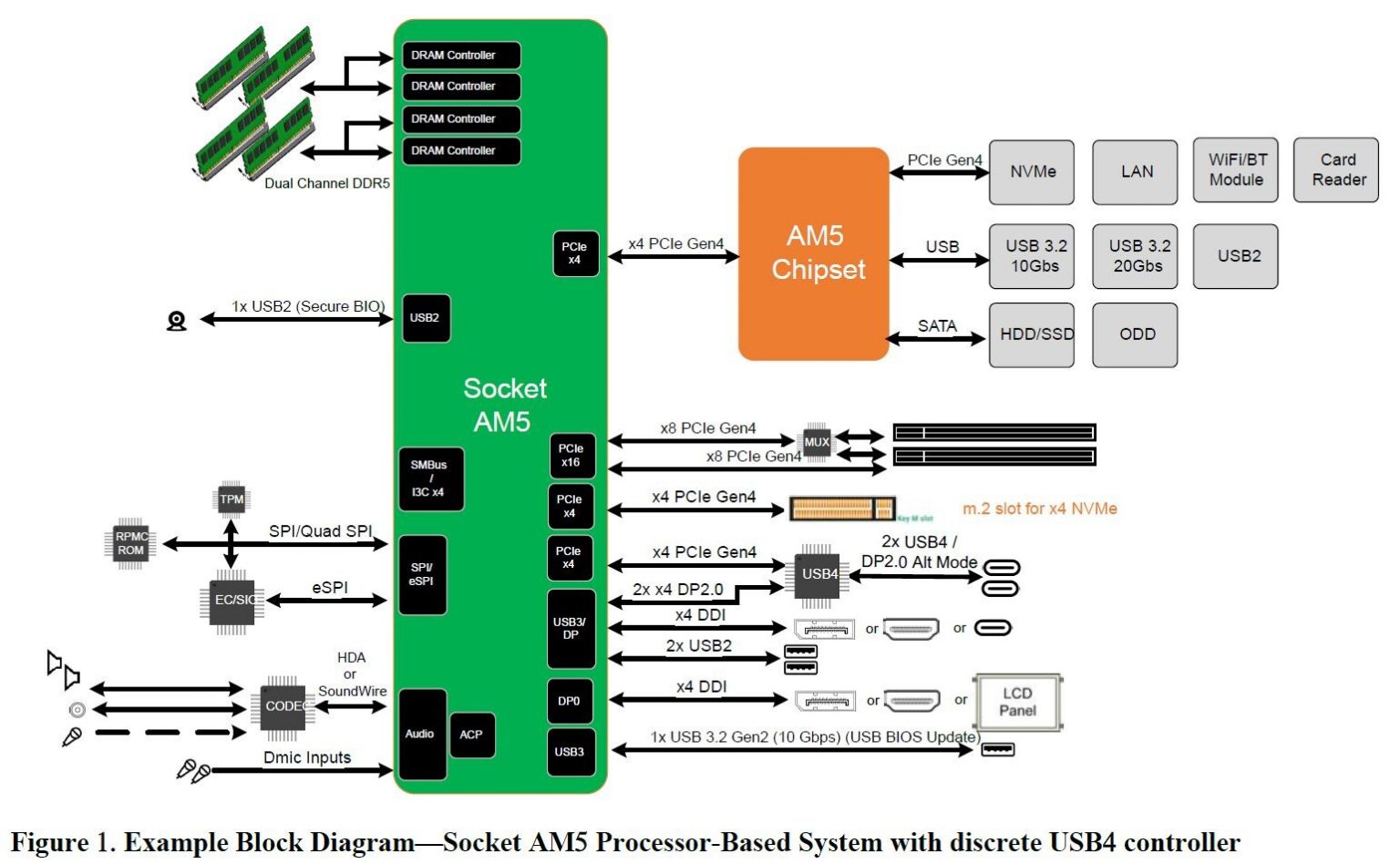 The diagram confirms that the AMD AM5 platform will support DisplayPort 2.0, which is attached to additional 4 PCIe Gen4 lanes through a USB version 4 controller.

AMD Ryzen 7000 series codenamed Raphael are to feature Zen4 microarchitecture on board. The configurations of the CPUs are not yet known, but the documents seemingly confirm that the series has RDNA2 integrated GPU, a feature that was missing from all past Ryzen CPU series (not to be mistaken with APUs).