Today AMD unveiled its plans for the mainstream laptop market. 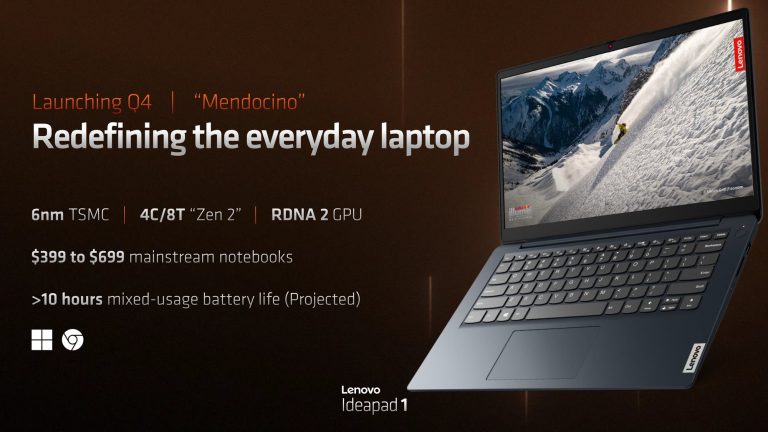 AMD Mendocino is to feature up to four cores and eight threads, so it’s clearly not meant for high-performance systems. Instead, this SoC was designed for low-power mainstream laptops with over 10 hours of mixed use battery life.

Laptops based on Mendocino architecture should retail at 399 to 699 USD according to AMD’s estimates. Such systems will be based on Windows as well as ChromeOS operating systems.