AMD 4700S desktop kit is based on PlayStation 5 SoC

As expected, just a week after the announcement of the AMD 4700S desktop kit, we now have the first photos and review of this mysterious product.

AMD 4700S APU is actually based on PlayStation 5 SoC. This has been confirmed thanks to photos taken by Bodnara crew, who already gained access to one of the units. This chip features AMD Zen2 architecture with 8 cores and 16 threads, those being the only specifications of the APU that AMD has confirmed. The variant tested by Bonara features Hynix GDDR6 memory, which is soldered to the motherboard. The memory is actually placed on the other side of the Mini-ITX motherboard: 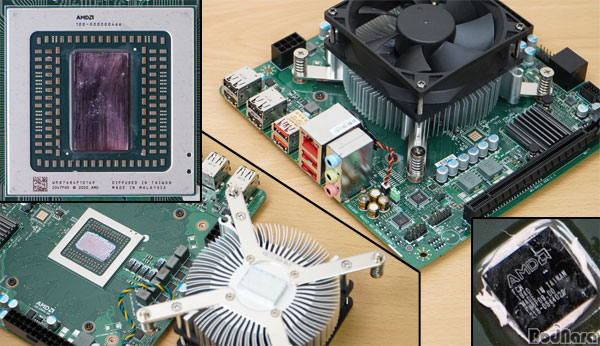 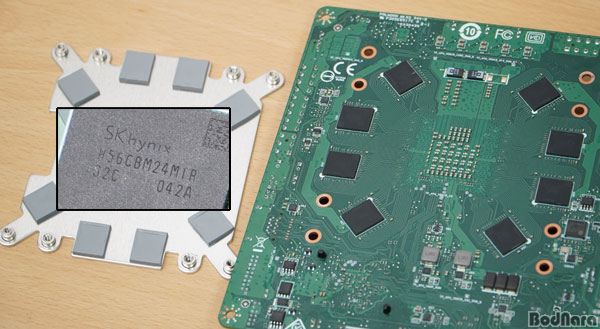 The 4700S APU is attached to AMD A77E Fusion Controller Hub (FCH), the same one that was used by the AMD A9-9820 system, which was based on Xbox One APU codenamed “Durango”. This is why it was incorrectly believed that 4700S may also be based on Xbox APU, except on a newer version from Series X or Series S.

In terms of clock speeds, the 8GB GDDR6 memory is clocked at an effective 14 Gbps, while the APU appears to go up to 3.2 GHz. Unfortunately, though CPU-Z software does not recognize this processor yet. Thanks to faster memory the bandwidth is actually a lot higher than DDR4-3200 based system: 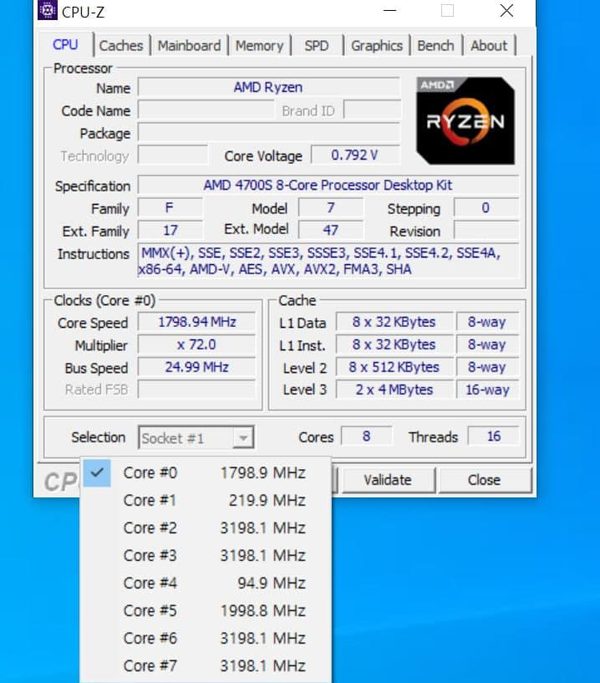 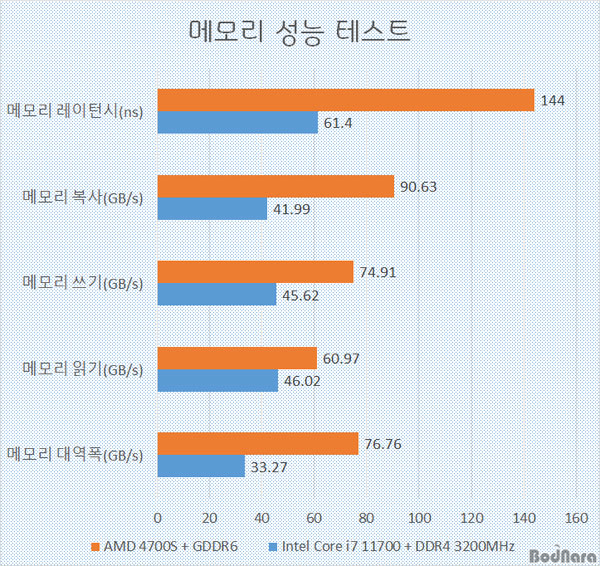 By default, the 4700S is equipped with AMD Radeon 550 discrete GPU, as the onboard RDNA2 graphics are disabled. Such a configuration was tested against Intel’s Core i7-11700 non-K with its integrated graphics. The 4700S APU appears to be competitive in this space, except it consumes more power. The product has a recommended 250W power supply and that’s just for the APU alone. Also do note that discrete GPU is limited to PCI Express 2.0 x4, so attaching a high-end GPU does not make much sense. 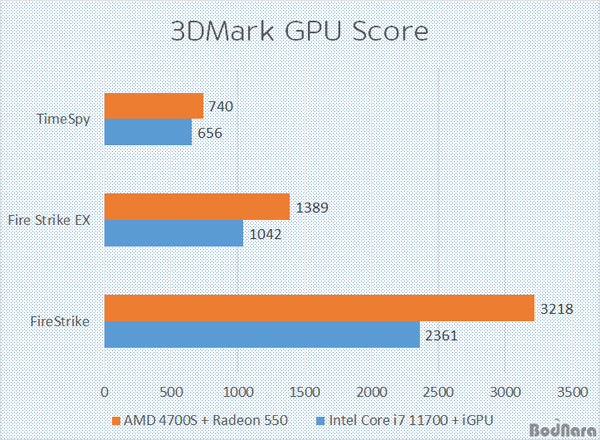 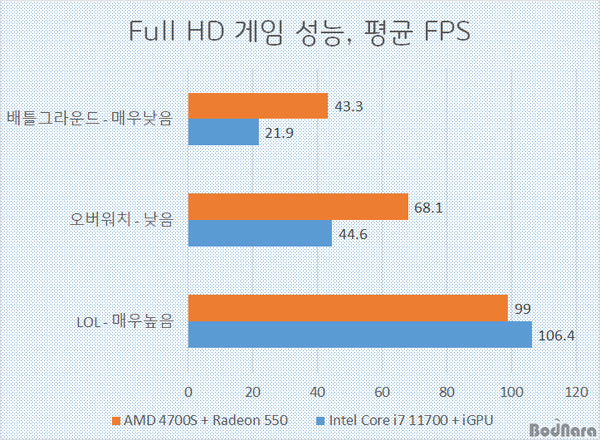 Overall the system is recommended for home office use, internet-connected, or embedded systems. It is by no means an APU for gamers.