Two media outlets Expreview and Wccftech claim to have final specifications of the upcoming Ryzen 7000 CPUs.

The flagship Ryzen 9 7950X CPU with 16-cores and 32-threads will have significantly higher clock speeds compared to “Zen3” 5950X part. It is reported that the base clock has increased from 3.4 GHz to 4.5 GHz for Raphael and the boost clock goes all the way up to 5.7 GHz, an 800 MHz increase. This SKU specifically has higher TDP up to 170W (230W in boost).

The 12-core Ryzen 9 7900X will actually have a higher base clock of 4.7 GHz, which is a whole 1 GHz faster than its predecessor. The boost clock will be 5.6 GHz so just slightly lower than the flagship part. The rumors about all Ryzen 9 parts being 170W by default are slowly finding their confirmation, the 7900X allegedly has the same TDP as 7950X.

Gamers favorite Ryzen 5 series are getting a Zen4 treatment as well. The Ryzen 5 7600X will have the boost clock increased to up to 5.3 GHz. Similarly to Ryzen 7 SKU, this part also has TDP of 105W. 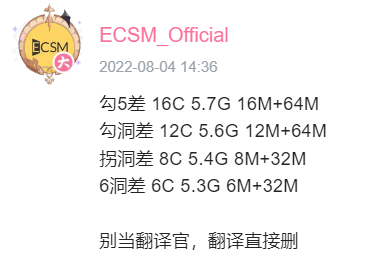 All Ryzen 7000 CPUs have higher L2 cache (1MB vs 0.5MB) but the L3 cache is the same. This means that each part has increased cache size compared to its predecessor. Naturally only the Ryzen 7 5800X3D with a total of 100MB cache is an exception, but AMD is reportedly already working on Raphael parts with 3D V-Cache.

AMD is set to launch its Ryzen 7000 series on September 15th. We should hear more from AMD officially later this month as the company is rumored to unveil the new series fully on August 29th.