According to Amazon, AMD Ryzen 3000XT series will be announced on June 16th.

The retailer confirmed the specifications on the Ryzen 3600XT featuring 6 cores and 12 threads with a boost clock up to 4.5 GHz. This is in fact lower the previously speculated 4.7 GHz. This processor is listed for 249 GBP on Amazon UK and 284 EUR on Amazon Italy website. For comparison, the 3600X currently has a price of 189 GBP.

AMD will announce its Ryzen 3000XT “Matisse Refresh” CPUs on June 16th. The processors will be available for purchase on July 7th. Current listings will likely be taken down because they clearly list embargoed information. 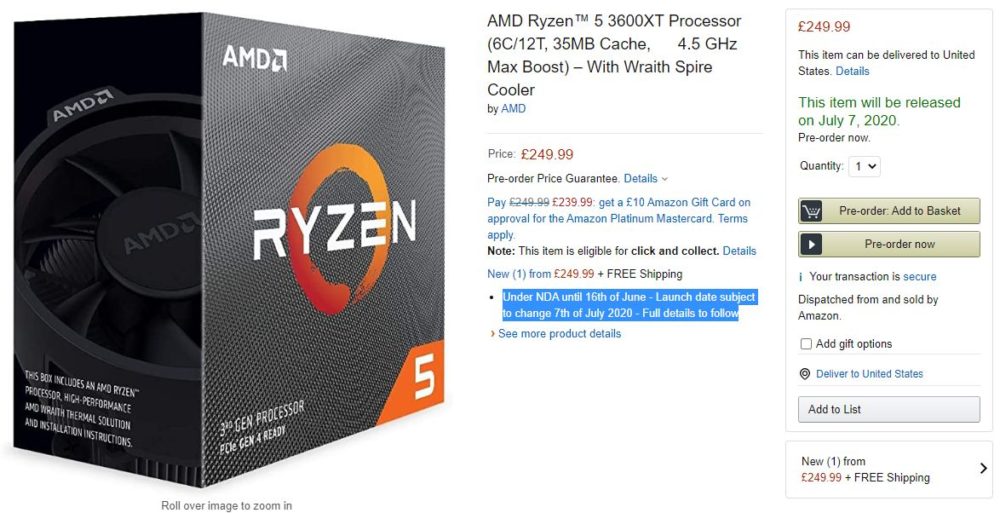