The CES 2022 launch will include an entirely new lineup of hybrid CPUs.

Intel Alder Lake-P is the upcoming high-end CPU segment featuring CPUs with up to 14 cores and 20 threads. Unlike some 65W desktop CPUs which are to launch at CES 2022, the entire Alder Lake-P stack is to feature hybrid architecture, which means a combination of Performance and Efficient cores.

As a reminder, the mobile 12th Gen Core lineup will feature six segments. There is still no trace of ultra-low-power M-series as well as enthusiast S-series, seemingly using the same silicon as desktop CPUs.

At CES 2022, Intel will be introducing its H-series for gamers and P-series (20-28W) for lightweight laptops. The CPU configurations have already been confirmed through Geekbench leaks, however, the clock speeds still remain a mystery for some SKUs (older benchmarking software does not fully recognize the hybrid architecture).

The Core i5 lineup will include 8 core and 12 thread 12450H CPU as well as 12 core and 16 thread i5-12500H. Gamers will need to pay attention to the Core i7-12650H part though, as it offers more Performance cores than 12500H, but the full core count is actually lower. This might seem confusing, which is why we included a spec table below listing how many cores each SKU offers. 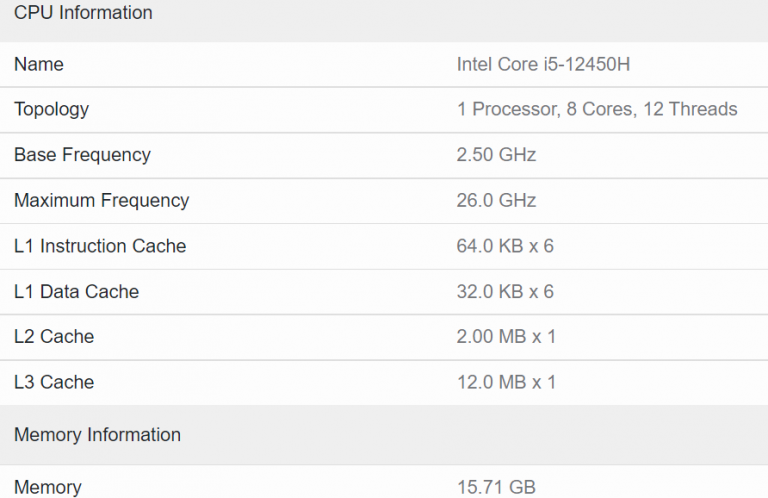 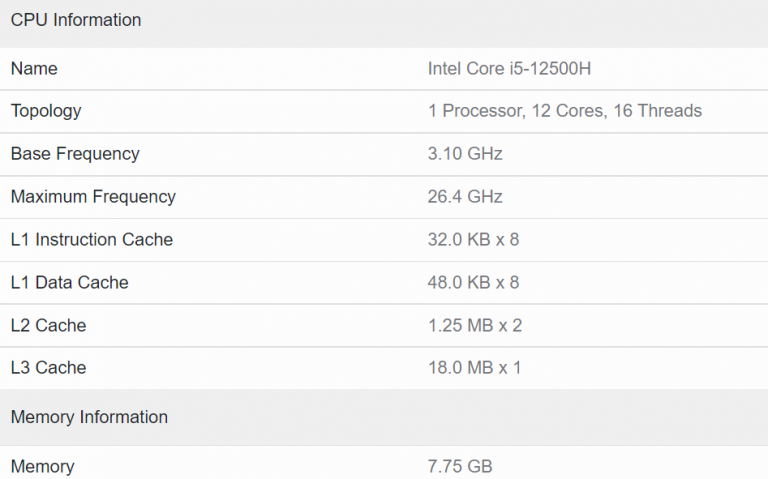 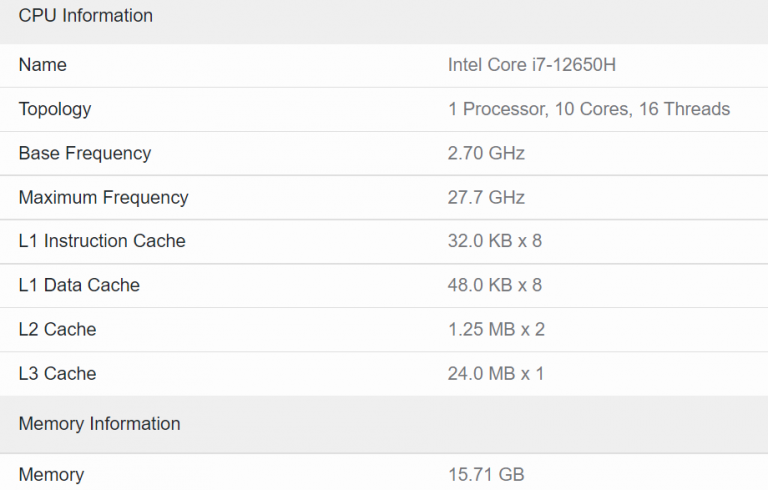 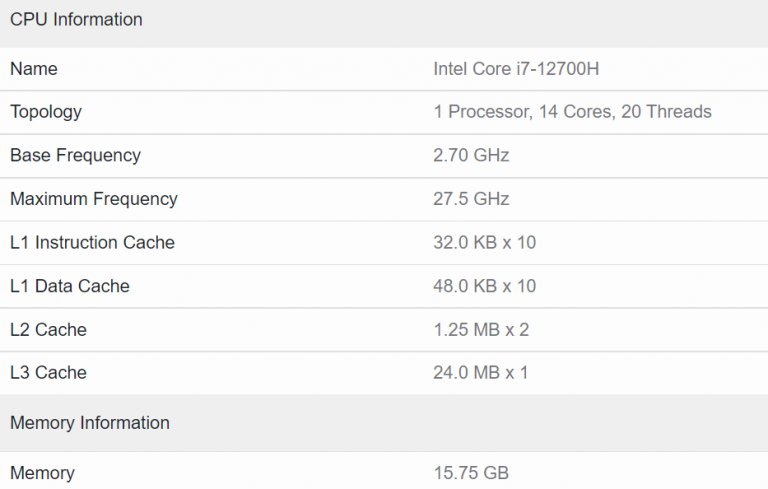 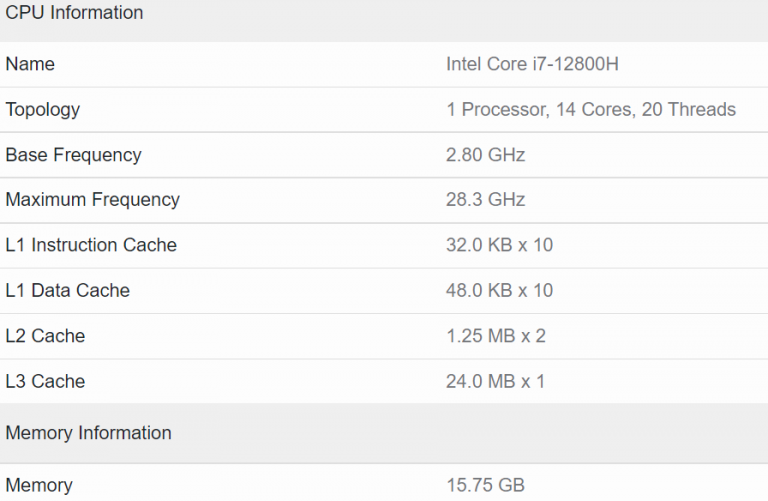 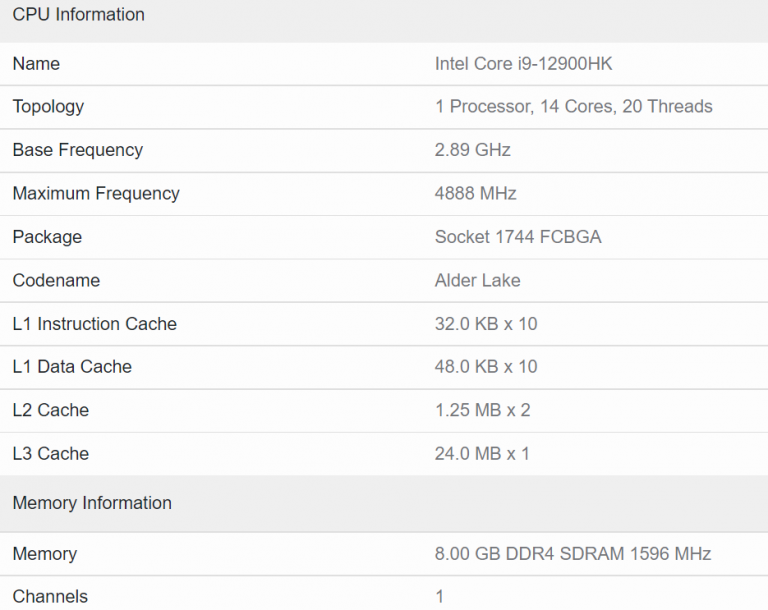 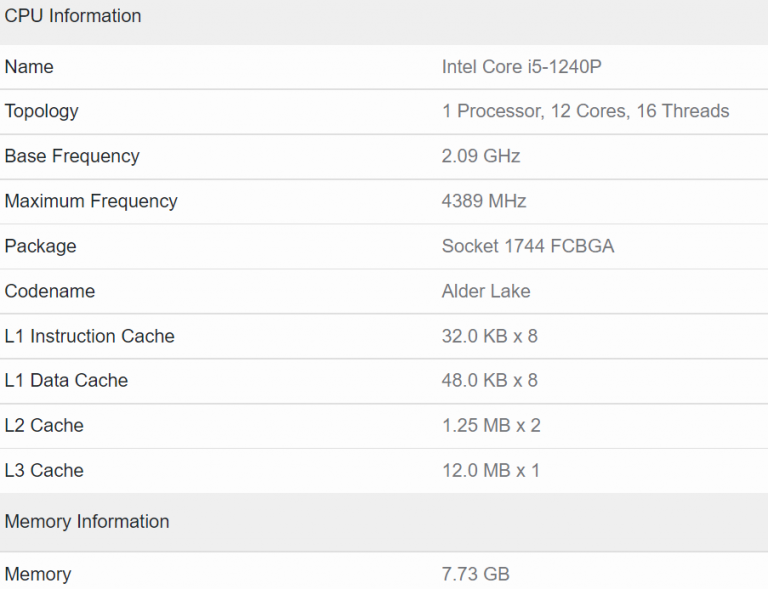 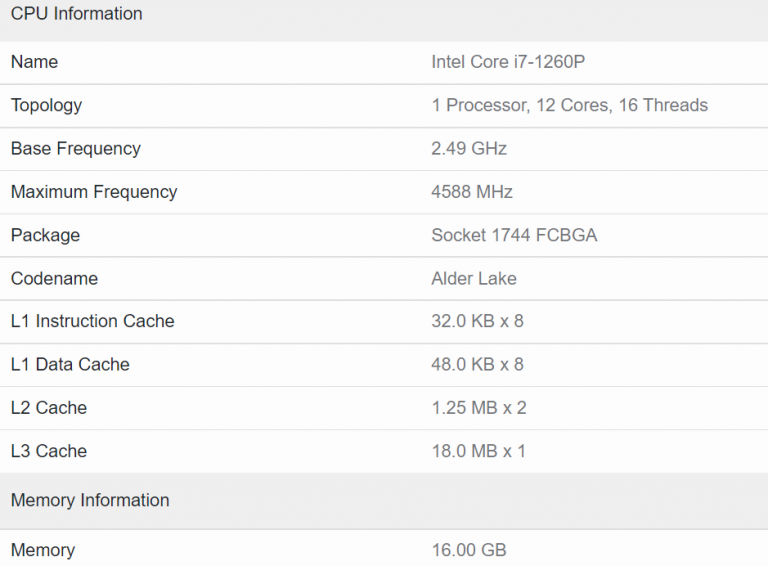 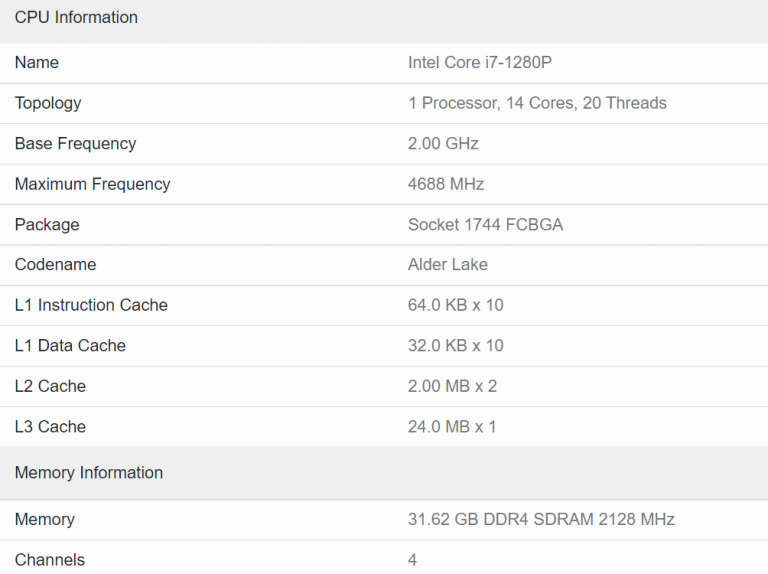 When it comes to performance, it’s all over the place right now, mainly because some Geekbench V5 tests did not utilize multi-threading correctly. The chart below features the average score, often artificially lowered by misconfigured implementations of Alder Lake systems (those are often engineering samples of the upcoming laptops). Please note those 9 SKUs are more than likely not the full lineup, however, they should be the most popular SKUs used by notebook makers in 2022.