Alleged Radeon RX 6900 XTX shows up on leaked slide, but it is probably not real

AMD is allegedly planning a third variant of its Radeon RX 6900 graphics card, a new slide posted by CyberCatPunk seems to suggest.

A photograph of a screen (literally) mentioning Radeon RX 6900 XTX has been shared by the Twitter user with no history of similar leaks in the past. While the slide could be real, it may also be outdated.

AMD had made a decision to launch Navi 21 XTXH GPU for ultra-high-end models equipped with typical air coolers. Those models include ASRock OC Formula, Power Red Devil Ultimate series, or Sapphire’s Toxic Air-Cooled. In other words, AMD has little to no reason to launch another model featuring nearly identical specs at this point. 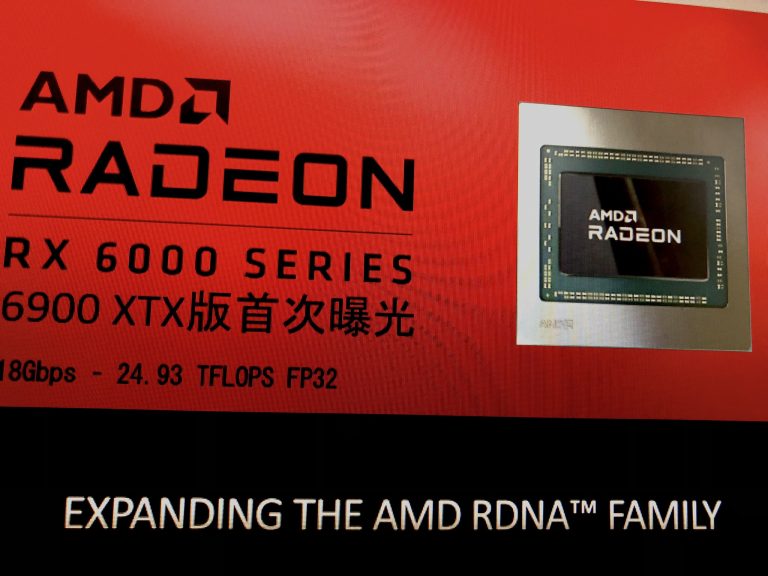 Since AMD already offers two RX 6900 XT models with either Navi 21 XTXH or XTX GPU, we find no reason for AMD to launch another model. In fact, the XTX and XT LC sharing the same specifications would probably make no sense whatsoever.

Other leakers such as Greymon55 have already said that they have not heard of such SKU either. Naturally, we have reached out to our sources for a confirmation, just in case, there is some truth in this slide. Update: AIB source says that no such SKU exists.