Over at ITHome, a first picture of the RTX 3090 Ti packaging has surfaced. The card that has leaked is allegedly made by ASUS and represents the TUF Gaming series. Unfortunately, the photo does not come with new information such as the card’s specs, as the site mostly reiterates the rumors that have already been shared. 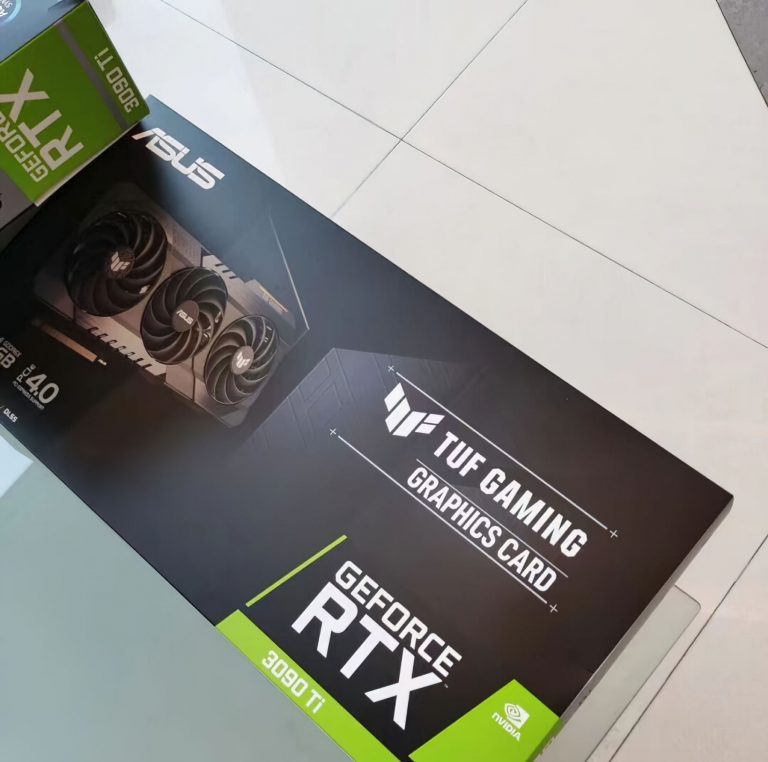 NVIDIA’s new flagship GPU is also to be the first RTX 30 card to have 450W TDP, nearly 100W more than the current flagship. We can immediately notice the changes to the cooler compared to the 350W RTX 3090 TUF. The cooler appears to be thicker and all three fans have more blades.

We can also barely see the “4” right next to PCIe Gen 4.0 information, which most likely confirms the 24 GB configuration. And speaking of the PCI Express, it appears that the new SKU won’t be the first PCIe Gen 5.0 card after all, contrary to previous rumors.

The RTX 3090 Ti is to feature GA102-350 GPU with 10752 CUDA cores. It will be the first NVIDIA card to feature 21 Gbps memory by Micron. While the memory capacity and memory bus will not change though compared to RTX 3090 non-Ti, the card will use GDDR6X modules with 2GB capacity each (the non-Ti model has 24 modules with 1GB capacity). With such a memory configuration, the RTX 3090 Ti would have a maximum memory bandwidth of over 1 TB/s.

NVIDIA RTX 3090 Ti is now rumored to have January 4th announcement with January 27th release date, as we have leaked.