A prototype board equipped with an alleged Z690 chipset has been pictured.

Member of the Bilibili forums 老弟一号, uploaded what appears to be a photo of an unnamed prototype Intel Z690 motherboard. The does leaker claim that this is indeed the Z690 motherboard and even mentions the nondisclosure agreement (NDA), which clearly has been broken if this really is the Z690 motherboard. Unfortunately, the leaker does not provide any further details, such as the manufacturer of the board.

However, it is clearly a high-end motherboard equipped with as many as 23 power stages around the CPU socket (18+2+3 layout). Such a configuration is usually reserved for very premium and enthusiast-oriented board designs.

And speaking about the socket, this is also the first time we see the LGA1700 socket but without any clamps or latches. The board clearly has some components missing, such as dual EPS connectors at the top, but those should be optional for this particular engineering board.

The alleged Z690 motherboard is equipped with as many as three M.2 connectors, separated by a signal full-length PCIe connector. Such a layout is not commonly used by motherboard makers, but similarly-looking boards already exist, such as EVGA Z590 Dark. 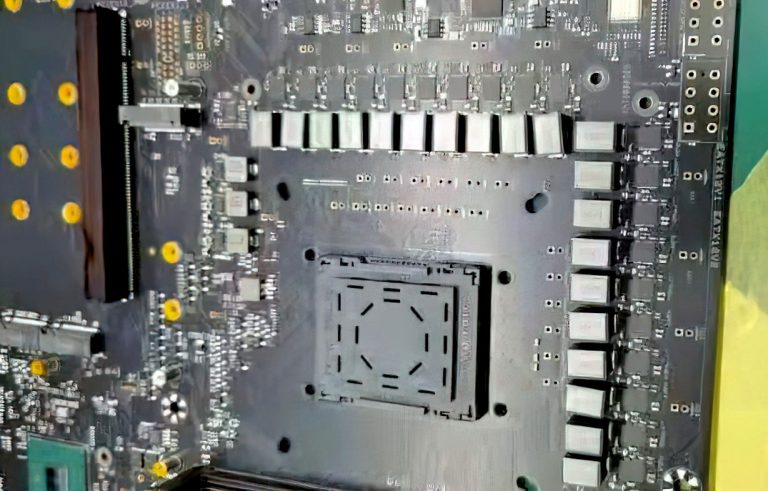 There were leaks that Intel 600 series motherboards (namely Z690 and B660) were already available on sale through the black market. This could be one of those boards, which is how this photo might have emerged. 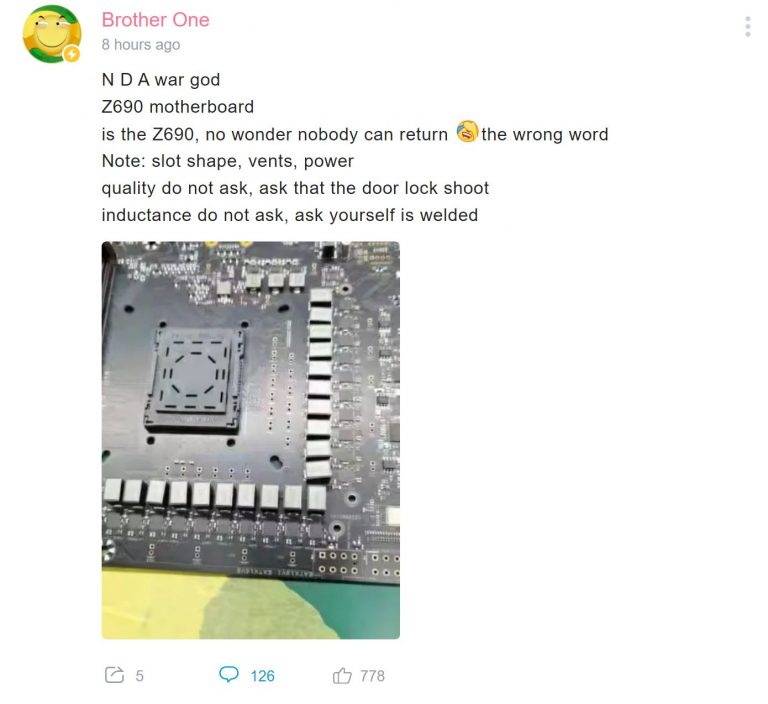