The 13th Gen Core series should launch in the next three months.

Over at Twitter, a screenshot form CPU-Z utility has been shared by Expreview. This picture shows Intel Raptor Lake CPU with 65W TDP and full desktop silicon configuration. This SKU specifically has 8 Performance cores and 16 Efficient cores, the maximum configuration for upcoming series.

The 65W TDP indicates that we are looking at a non-K part, most likely Core i9-13900. The clock speeds are not high though. Because this is an engineering sample, the maximum boost clock is set to 3.8 GHz, significantly lower than i9-12900 (with max Turbo of 5.1 GHz). 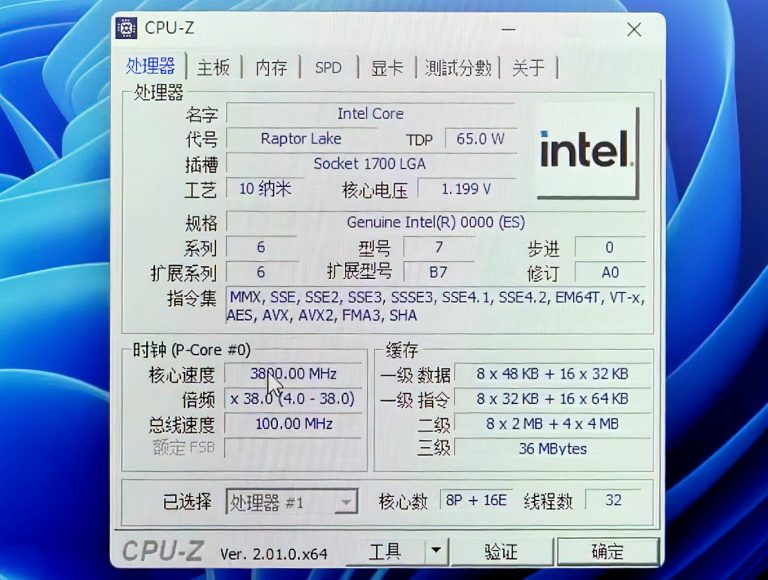 Just yesterday Intel indirectly confirmed that Raptor Lake will support Efficient Thermal Velocity Boost and per-core/package TVB overclocking support. Those features were listed by Intel themselves in an update to XTU overclocking tool. It is unclear if 65W non-K parts will support all these features, or rather reserve them for unlocked K-series SKUs.

Intel Raptor Lake should launch in fourth quarter this year. Intel and its partners will also introduce new Z790 high-end motherboards and mid-range H770/B760 series around the same time.