Either a very elaborate fan-made GTA clone or first leak from the actual game. 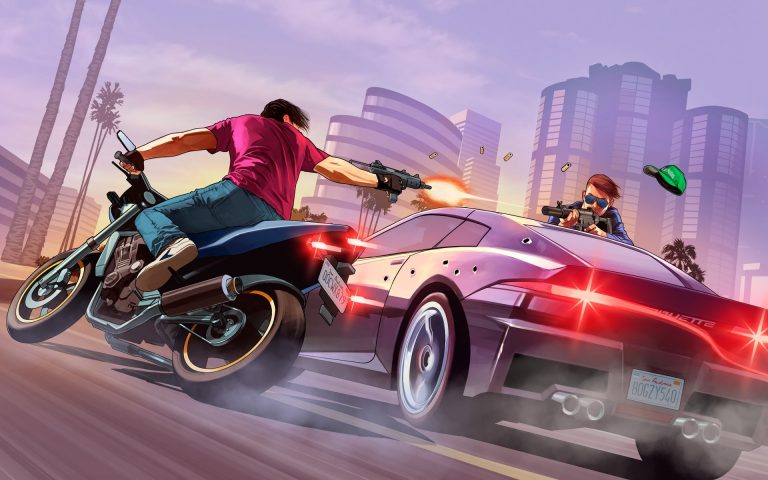 Over at YouTube and GTAForums, one can now find multiple videos and screenshots from the new game at a very early stage of development. The videos show new animations, new NPC interactions, a scene with a robbery on a restaurant, police shootout, but also a new female protagonist. There are more than 90 videos in total that have been leaked thus far.

This is either part of a new game or some next-level trolling that has never been seen before. The leaked footage shows a game running GeForce GTX 1080 at 720p resolution with HDR disabled, reports Notebookcheck.

Some other footage lists GeForce RTX 3060 Ti running at 1080p resolution or RTX 3080 at 4K. The driver used was 515.15 WHQL from March this year, therefore at least some part of this leak is just a few months old.

It is said that the leaked footage shows new UI, placeholder dialogues, but also the wanted-level ‘star’ system. Some footage shows debugging tools for PlayStation console, but most of it was recorded on PC. The descriptions from the videos claim that this could be a leak from a former employee who has been a tester at Rockstar.

A Message from Rockstar Games pic.twitter.com/T4Wztu8RW8

TakeTwo is starting to roll out takedown requests #GTA6 pic.twitter.com/vjBCtg1JUQ

In February, Rockstar confirmed they are developing a new installment in the GTA series, 8 years since the GTA V was released. The developer has not yet confirmed the leak, but as soon as those videos go down, that would be enough for a confirmation.