Igor’sLAB published an alleged picture of next-gen NVIDIA PCB design, which looks a lot like the current generation.

It is no secret that NVIDIA will be reusing its Ampere PCB and cooling design for the RTX 40 series to some degree. There were leaks featuring RTX 4090 Ti and RTX 4080 SKUs already, so the fact that PCB might almost be identical to RTX 3090 Ti should not be a surprise.

In order to protect the source, Igor couldn’t just post the picture of the AD102 PCB, it could simply reveal too many details which could be exclusive to his source (be it a person or NVIDIA board partner). What he can do is to overlay his previous AD102 predictions over the new PCB diagram leak and compare the changes.

One should note that there are two PCB board numbers for next-gen NVIDIA GPUs: PG139 and PG136. The PG139 is V-shaped, just like RTX 30 Founders Edition models. It will be used for Founders Edition and, just like RTX 3090 TI, for many custom designs. The PG136 on the other hand is the rectangular design which has been posted below. This design will probably be more popular for cheaper SKUs, such as RTX 4090/4080 non-Ti. 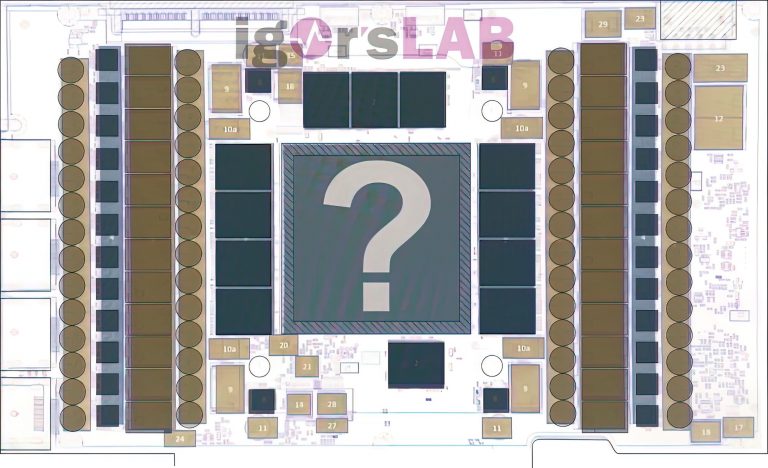 Confusing board numbering aside, the leak from Igor confirms the following. This new board would still feature four display connectors; 3x DP and one HDMI. It is impossible to tell from this design whether that’s DP 2.0 though. Furthermore, we can see NV-Link is still present, this likely means we are looking at RTX 4090 GPU, because only this class had NV-Link multi-GPU connectors in RTX 30 generation.

A single 16-pin power connector is also present. It is too early to speculate on RTX 40 series power draw, but it is quite clear we will be seeing a 600W card in this generation such as RTX 4090 Ti or a new TITAN, it may simply not launch in the coming months but later. Such TDP is still within the capability of a single 16-pin connector, which as far as we know, should now debut on all RTX 40 cards.

According to Igor, AD102 launch schedule could mark engineering and design validations test milestones in the coming weeks, with mass production expected in August. This would match the rumored launch date for RTX 4090 series.