A photograph showing an engineering sample of the alleged RDNA2 graphics card has been published online.

Is this Big Navi?

A picture of a mysterious engineering sample has emerged on Bilibili. It is not possible to determine which graphics processor does the graphics card has, but one could guess this might be one of the upcoming Big Navi variants (or any other NAVI 2x family processor at this point). The timing for this leak is definitely interesting.

Some labels have been attached to the board, such as ‘Typical Samsung 16Gb‘ indicating the memory type used for this board. This means that each module is 2GB. The leaker claims that the card has 3+3+2 modules (8 in total). This would imply this model has a 256-bit memory interface.

Another label says ‘Full ???? Typical XT  A0 ASIC’. The XT variants are usually reserved for the Radeon RX series, meaning that this should be a sample of a gaming card, not a Radeon Pro.

The board is covered in dip switches and various voltage measurement points, it is indeed far from a retail product. There is even a huge CPU-type cooler is attached to the graphics processor. To the left, we can also see LED load indicators and at least two power connectors (one being 8-pin).

AMD today announced that it will host a Radeon RX 6000 event on October 28th. The company promised to reveal more information on the next-generation RDNA2 graphics cards. The manufacturer did not confirm the launch date yet, but the series should be expected to officially debut in November. 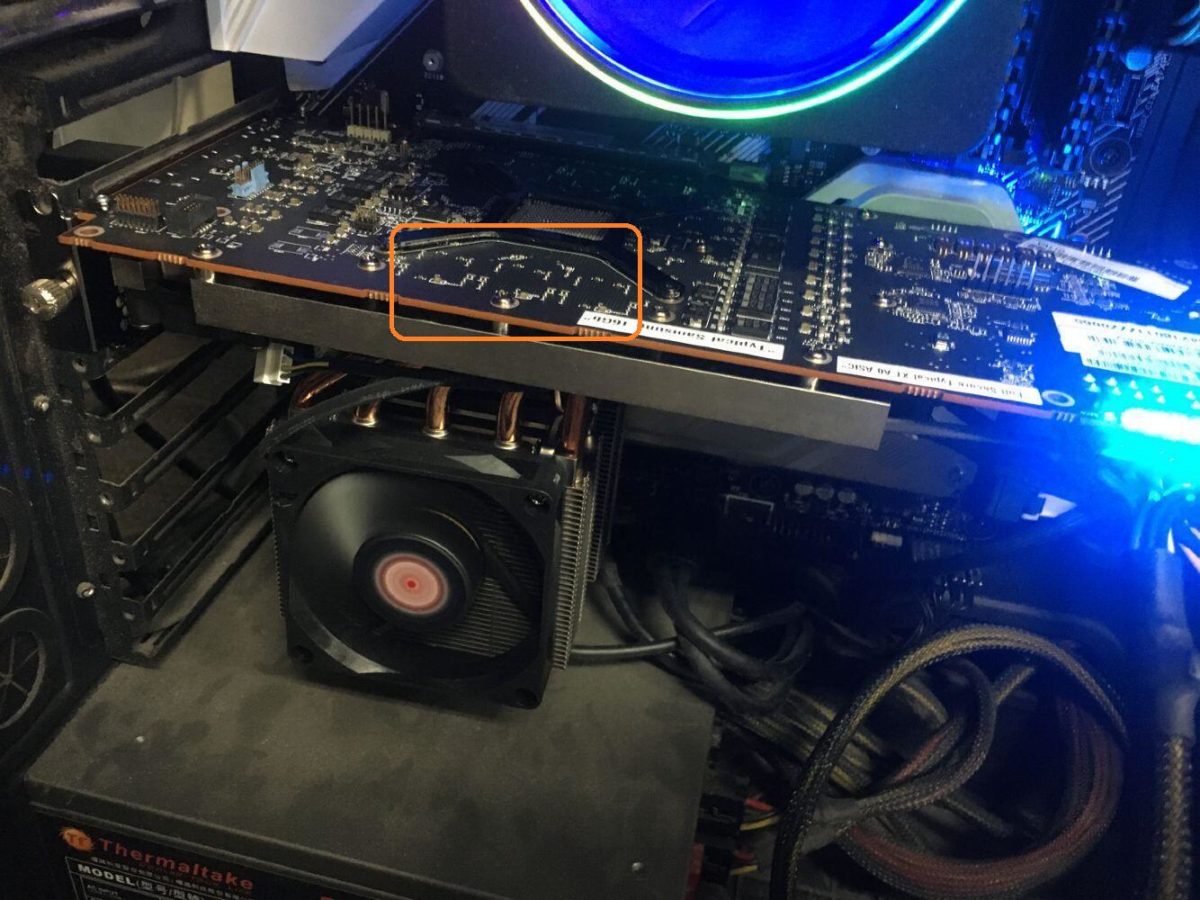