The flagship GeForce model based on Ada Lovelace architecture may still be months away, but the GPU ID information that had been leaked last weekend is has now been proven useful for 3rd party app developers. AIDA64 now supports newly released GeForce GTX 1630 as well as a new variant of Hopper H100 data-center accelerator with 96GB of memory.

Unfortunately, the release notes for AIDA64 6.70.6033 update do not explain what GPU information is now available for GeForce RTX 4090, other than listing it as AD102-based model (which is pretty well known at this point). However, this is undoubtedly the first software to support this card, which is still kind of interesting to see this early.

AIDA64 is always on a forefront with new hardware releases, some of those updates are based on rumors and leaks, but these are rarely wrong. 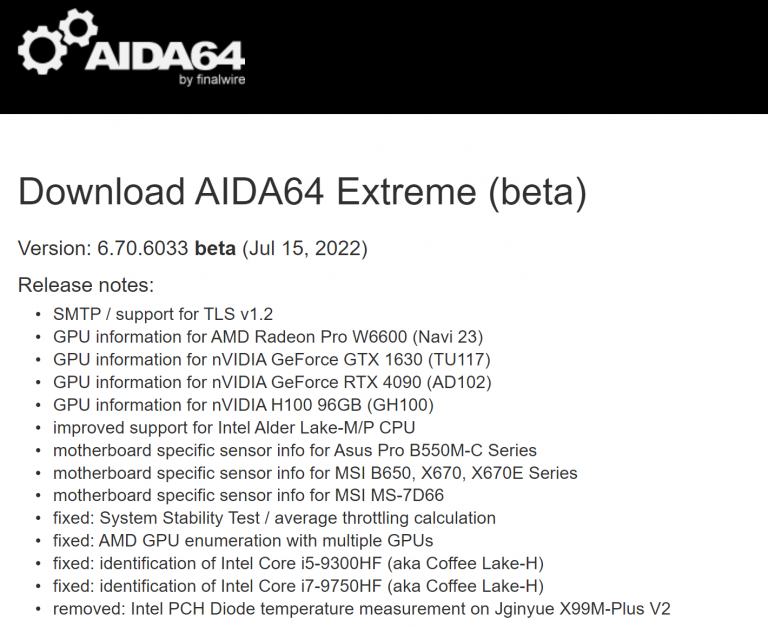 NVIDIA GeForce RTX 4090 is the new flagship model based on GA102-300 GPU with 16384 CUDA cores (as long as the rumors are considered). This high-end model also believed to feature 24GB of GDDR6X memory and have a TDP of 450W. According to multiple sources, including our own, RTX 4090 is supposed to launch as the first GPU of the new lineup, followed by RTX 4080 and RTX 4070 later. This may explain why AIDA64 only lists one SKU for now.