AIDA64 6.32.5659 Beta released yesterday received support for a long list of upcoming graphics cards. According to the changelog, the software will support Radeon RX 6700 non-XT as well as Radeon RX 6600 series, both the XT and non-XT variants. Interestingly the developer thinks that the RX 6600 series are based on Navi 23 GPU exclusively.

The changelog also appears to list support for various GeForce RTX 3050 series GPUs, both mobile and desktop. It would seem that these cards will all feature GA107 GPU. Furthermore, this version of the software also has RTX 3080 Ti support, but this is not actually the first time AIDA64 has received ‘GPU information’ for this SKU.

The GPU information which appears in the changelog is clearly based on the public PCI Device ID list, so it should not necessarily be treated as a confirmation of any of those SKUs. Neither NVIDIA nor AMD have confirmed launch dates for their mid-range/entry-level graphics cards. 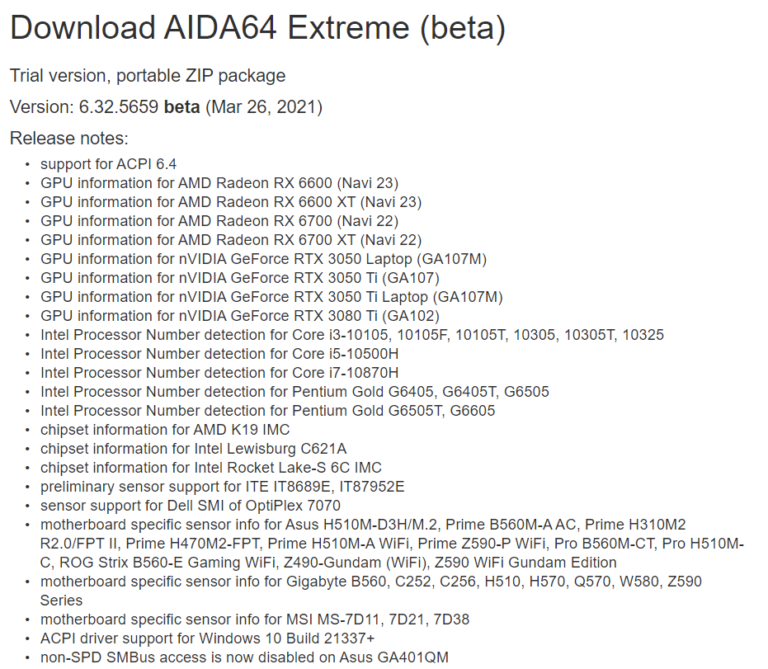