This is a follow-up to ADATA’s CES reveal, where the company confirmed to be developing a next-gen SSD based on the new interface. Those products codenamed Blackbird and Nighthawk are now becoming a first product.

ADATA has now revealed the design of their next-gen SSD and provided some initial data on their performance. The PCIe Gen5 x4 SSD will be compatible with NVMe 2.0 standard, and it will offer up to 14 GB/s of sequential read and 12 GB/s of sequential write speed. This new SSD design will feature the company’s own exclusively developed cooling solution.

This new XPG SSD appears to be based on the Project Blackbird, given the color of the design and the fact that the controller will be cooled down by (now revealed) additional heatsink. 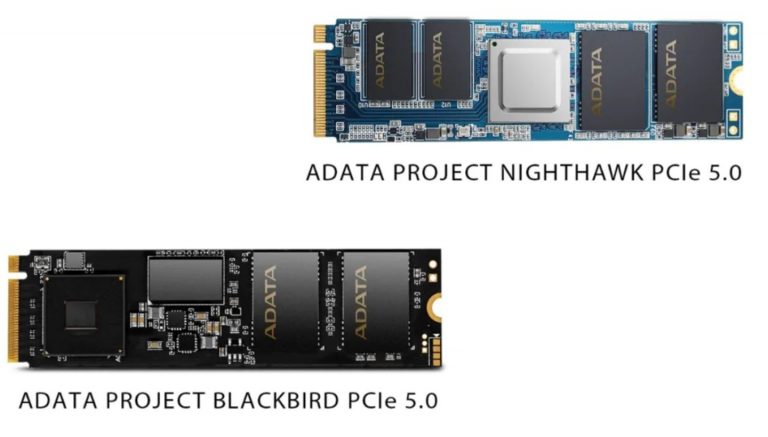 According to ITHome, the Blackbird SSD is based on SM2508 controller that enabled up to 1800k IOPS random read and 1600k IOPS write operations per second. Those SSDS may offer up to 8TB of capacity.