The memory manufacturer revealed in a tweet it achieved 8 MT/s+ overclocking speed with its next-gen XPG memory.

ADATA who was among the first brands to announce its DDR5 memory months ago now claims to have broken a record in its overclocking, achieving 8118 MT/s with its XPG memory. The company had not shared any proof of this achievement though and has neither provided further details such as what platform was used or what were the settings and timings of the memory. 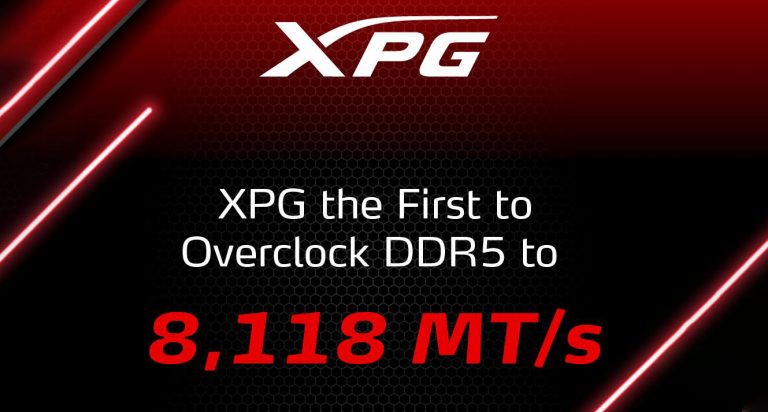 Back in August, the company promised it will launch DDR5 modules with speeds up to 8400 MT/s by default, however not with the first wave of their products. Furthermore, ADATA was the first to reveal is developing 10 Gbps+ kits for launch in the future. The company specifically mentioned 12600 Mbps kits coming with voltage up to 1.6V through XMP profiles.