The first Intel Arc based laptops are appearing ahead of the official introduction of the new discrete graphics architecture.

Just last week, we reported on Samsung Book2 Pro laptop was listed by a US retailer. This was the first ever Intel Arc-based laptop to be listed for sale. As it turned out, it was a preliminary listing that was quickly taken down, likely because it was not meant to be available this soon.

In Europe, a retailer called Proshop has now listed two Arc A370M based laptops from Acer. These are Swift X ultra-light 16-inch laptops that were announced in January. In fact, the Swift X was the first confirmed laptop to feature an Arc A370 GPU. Nearly 3 months later, Swift X is now listed for 1299 EUR for the Core i5-1240P platform and 1549 EUR for i7-1260P:

Both laptops are essentially the same, except for the more powerful CPU and larger storage on the “52G” variant. These are 16-inch laptops with 2560×1600 WQXGA display, featuring 16 GB of LPDDR5 memory. Despite the larger screen, they only weight 1.7 kg. 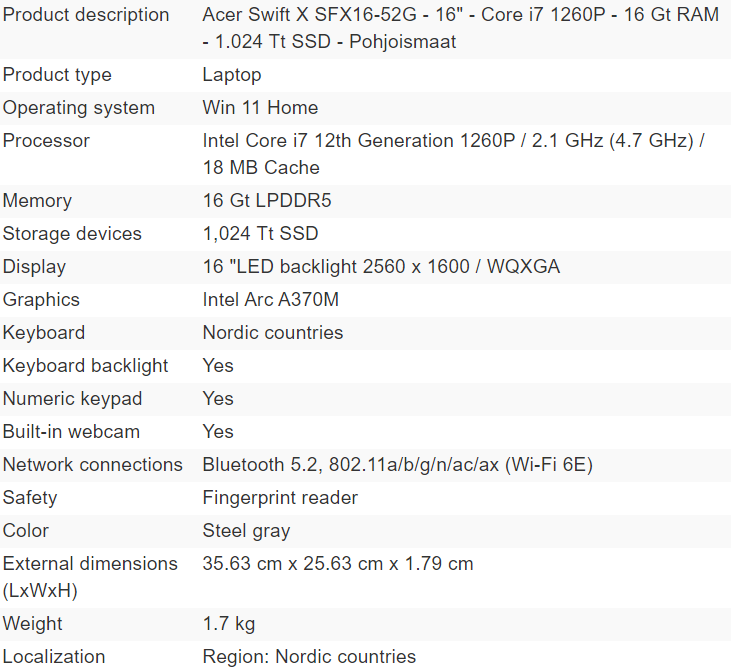 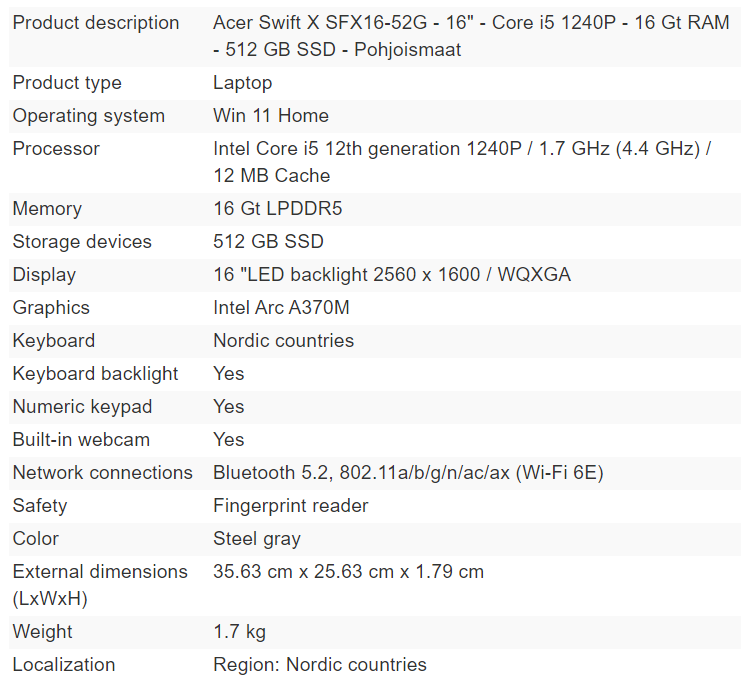 Intel Arc A370M is a low-power discrete graphics card based on DG2-128EU GPU. It is expected to feature 64-bit memory bus and 4 GB of VRAM. It should be a good companion for the low-power Alder Lake CPU, but not really a gaming powerhouse. Yet, Intel claims that Arc A370M will be twice as fast as Xe-LP graphics, which are already more than capable for light gaming.

Proshop expects stock of Swift X to be available on May 25th 2022, so nearly 2 months after the official introduction (March 30th).