Intel has begun sending Tiger lake marketing kits to the press and advertising its performance on ultra-thin laptops in popular games. Meanwhile, online stores are beginning to list laptops with new processors.

The first notebook to be listed is Acer Swift 5, available with both Core i5-1135G7 and Core i7-1165G7 processors. These are the first 11th Gen Core SKUs to be listed in a retail channel. Both variants of the laptop are expected to be in stock on July 27th, which theoretically should align with the launch of Tiger Lake processors. Intel might however announce the products sooner.

With all that in mind, we expect to hear more about Tiger Lake directly from Intel next month. 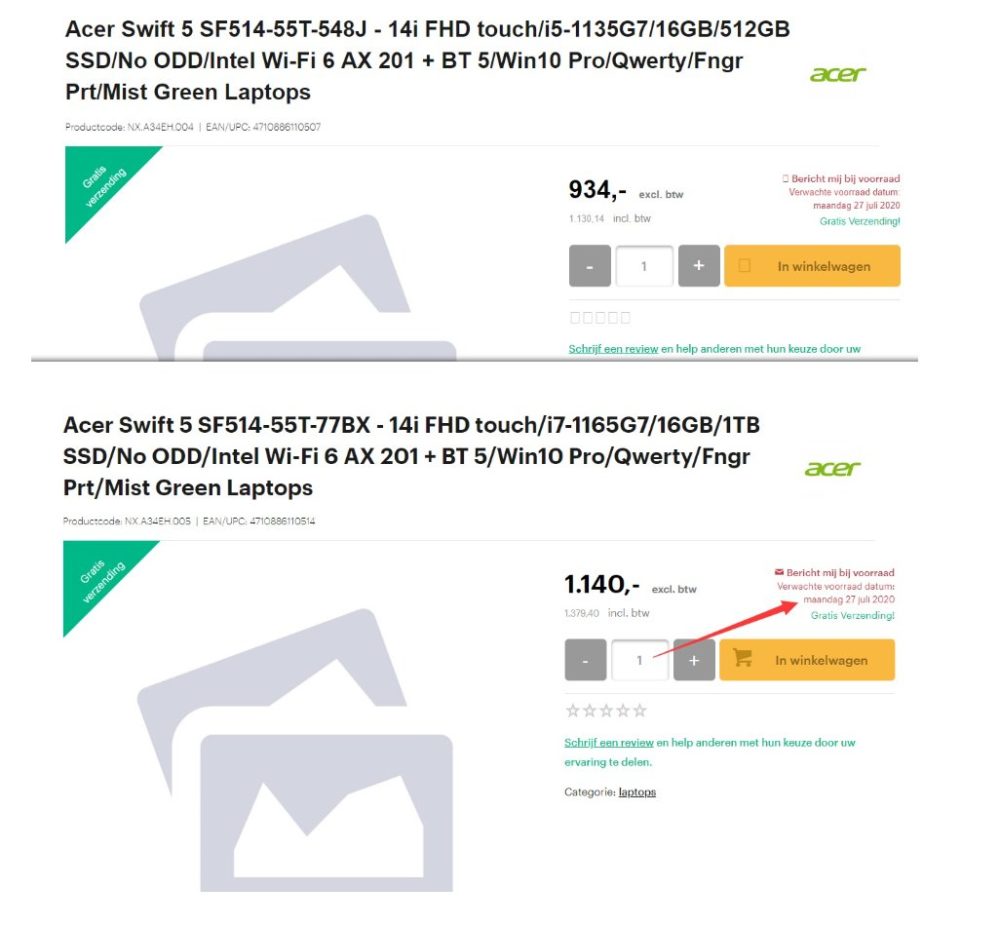