Furthermore, the French retailer’s website confirms that  Acer Nitro 5 laptops (AN517-55 and AN515-58) with Core i5-12500H CPU and RTX 3050 Ti Laptop GPU are also coming. This is in fact the first time such a CPU has been mentioned by any retailer. Both laptops are supposedly going to cost under 1300 EUR (with VAT), which unfortunately is still more than 999 EUR/USD than the last-gen starting price for gaming RTX 3060 laptops. 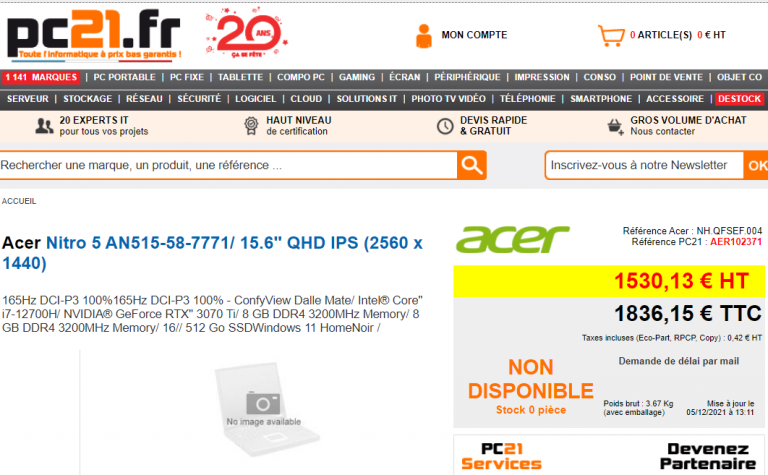 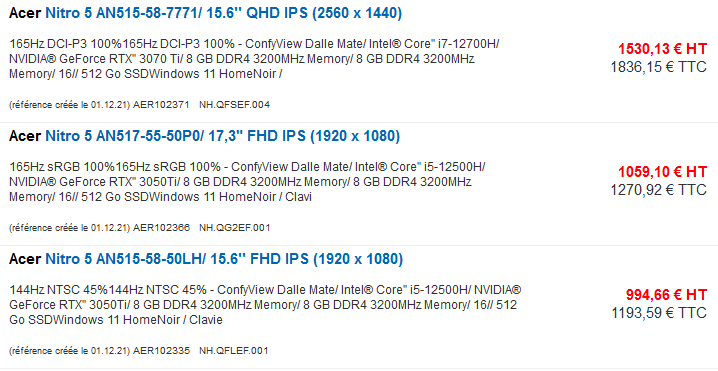 When it comes to the Core i5-12500H CPU, this processor is rumored to feature 12 cores and 16 threads, which implies a 4 Performance Cores and 8 Efficient core configuration. The clock speeds of this SKU are not known at this moment.

All these products are now set to launch in January, possibly soon after the CES 2022 keynote from Intel.