The official Acer store in Taiwan has is now showing discrete Intel Arc GPU in stock.

It looks like Arc A7 series are now available in many countries, but when it comes to custom variants, things aren’t that simple. 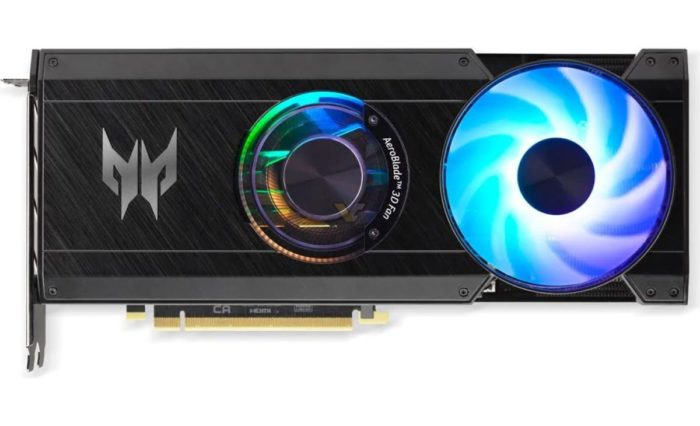 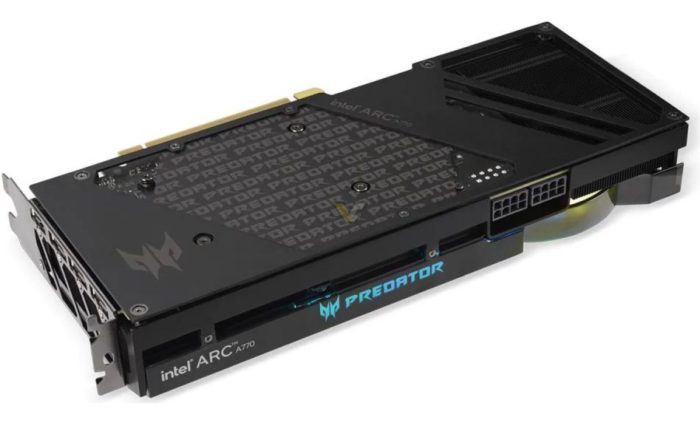 If you are looking for an Arc A7 GPU, chances are you won’t find one in stock. Intel has been telling us that their “Limited Edition” is nothing more than just a name for their design, except in reality it is limited in numbers. Intel chose a very short list of retailers around the world who now offer A7 GPUs, but from the looks of it, most cards are only available for preorder.

There are only three board partners that announced their custom designs: ASRock, Gunnir and Acer. This list should be much longer, but other brands are yet eager to join these newcomers to the GPU world.

Custom Arc A7 GPUs are available, sort of. Each design is now being sold through a different store located in different country. The Gunnir series are currently exclusive to Chinese JD store, ASRock Phantom/Challenger series were only listed by Newegg, while Acer Predator is only sold through the official Taiwanese store. 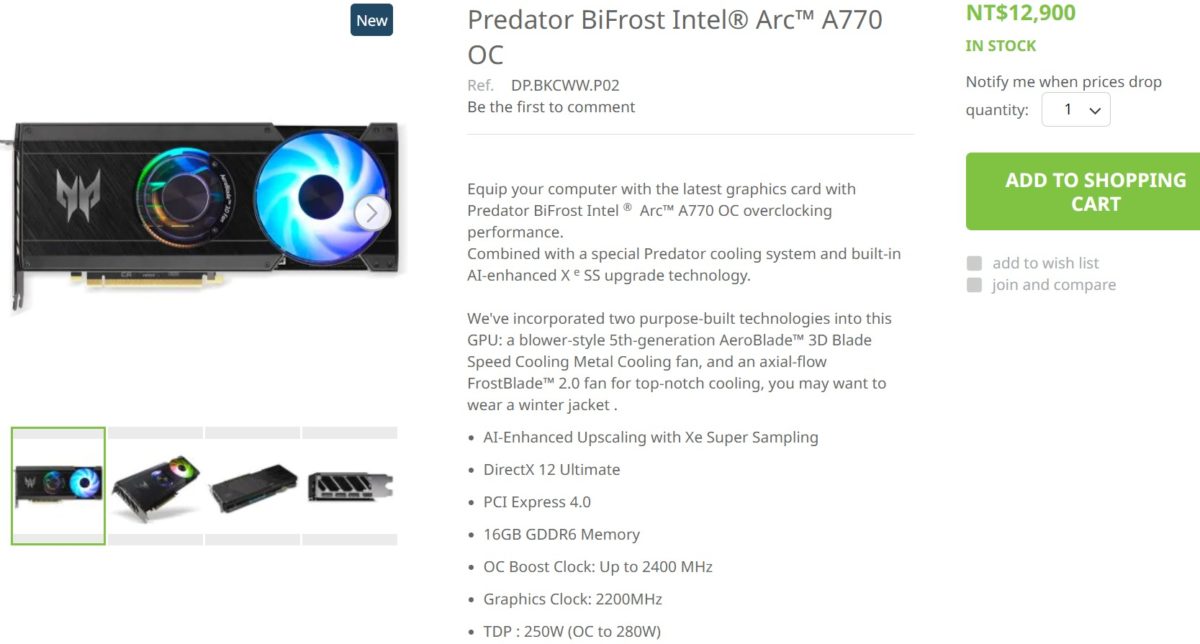 The card is listed at 12,900 NT (~404 USD), which would be around 384 USD without 5% Taiwanese sales tax. Interestingly, the card is in stock, so we might see more reviews of this card very soon. The card has been already reviewed by Israeli website called Plonter.