November 2021 marks one year since Radeon RX 6000 graphics cards were released. Despite the passing of 12 months, neither RDNA2 nor Ampere-based cards are available at MSRP.

According to the latest price trends put together by 3DCenter and HardwareUnboxed, GPU pricing continues with its upward trend.

In Europe (Germany and Austria specifically) GeForce RTX 30 graphics cards now have a higher average price compared to October. At the same time, Radeon RX 6000 cards have dropped in value, but only because retailers have received a new shipment of Radeon RX 6800 non-XT cards which subsequently lowered the average price for the whole series, 3DCenter notes. In any other case, this is still an upward trend or similar pricing to October.

NVIDIA GeForce RTX 30 graphics cards, on the other hand, are now 95% more expensive than MSRP in those two European countries, which is even higher than average Radeon RDNA2 pricing for the first time since July. The RTX 3080, for instance, is now reaching 1500 EUR price on average, which is more than twice as much as MSRP (719 EUR).

The latest report from HardwareUnboxed shows RTX 30 graphics cards with a price hike over October. Nearly all cards, with an exception of RTX 3080 Ti are now twice as expensive as MSRP. The Ti model, which already launched with increased MSRP also continues to receive higher prices month to month now reaching 60% over MSRP. On average RTX 30 cards on eBay are 113% more expensive than MSRP and gained 6% in value since October. 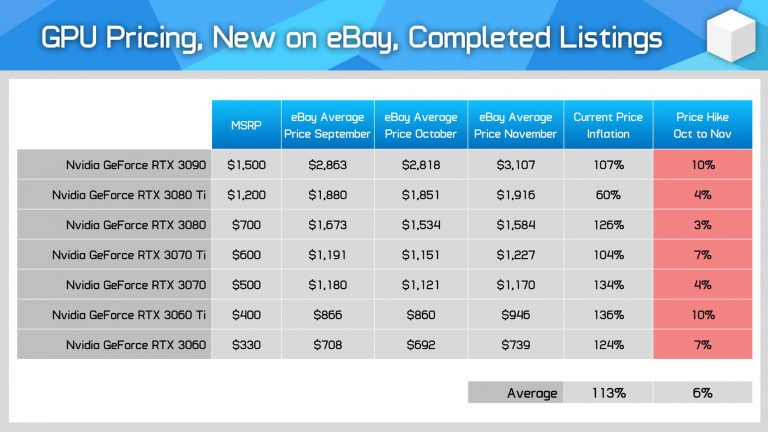 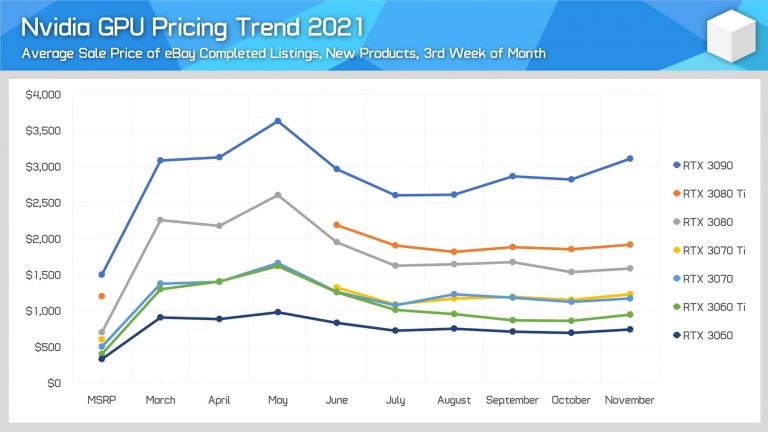 AMD RX 6000 pricing is also on the red, which means all cards are now even more expensive than they were in October. On average RX 6000 cards cost twice as much as MSRP and have received a 9% increase month to month. 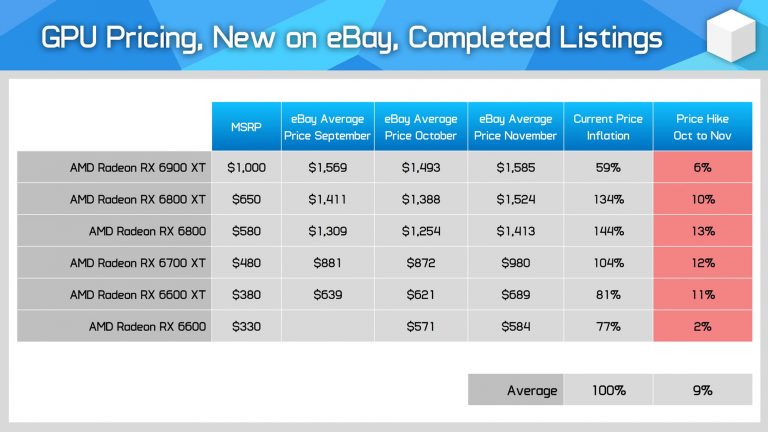 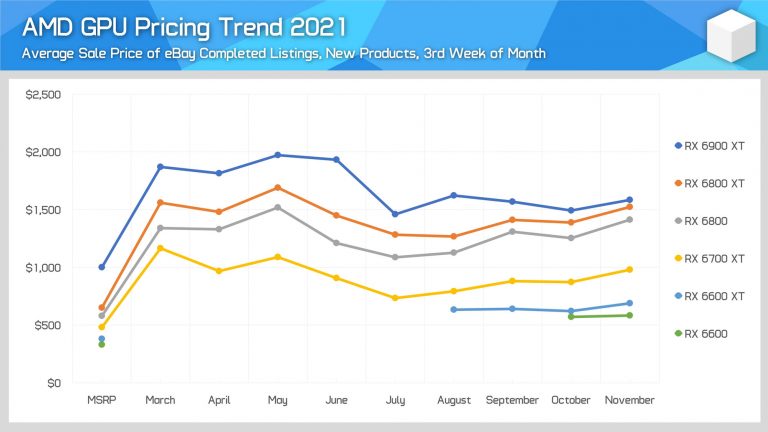 While both media outlets agree that actual availability is not a problem, as graphics cards are in stock and shipping, finding them at AMD/NVIDIA MSRP without a bundle with other PC components certainly isn’t an easy task. Retailers are reluctant to lower their margins, knowing that distributors and graphics card makers are not eager to lower their own suggested retail pricing. After all, AIB pricing has very little to do with AMD/NVIDIA MSRP these days. The growing value of cryptocurrencies, such as Ethereum and the upcoming Holiday shopping season is definitely not going to help the GPU market improve in terms of pricing.