We have been talking about this chip for quite a while. The slides that we leaked back in January last year already confirmed that Vega 20 is expected in the second half of 2018. It appears that this target is more than possible. The slide also mentioned PCIe Gen4 support, but so far this has not been confirmed by AMD.

The die shrink is likely to increase the clock speed and power efficiency. This evaluation at AMD labs could be a decisive factor whether to bring 7nm Vega to Radeon RX family. It’s a reasonable step to take, as the gap in AMD gaming roadmap seems to expand without any indication of new products coming soon. 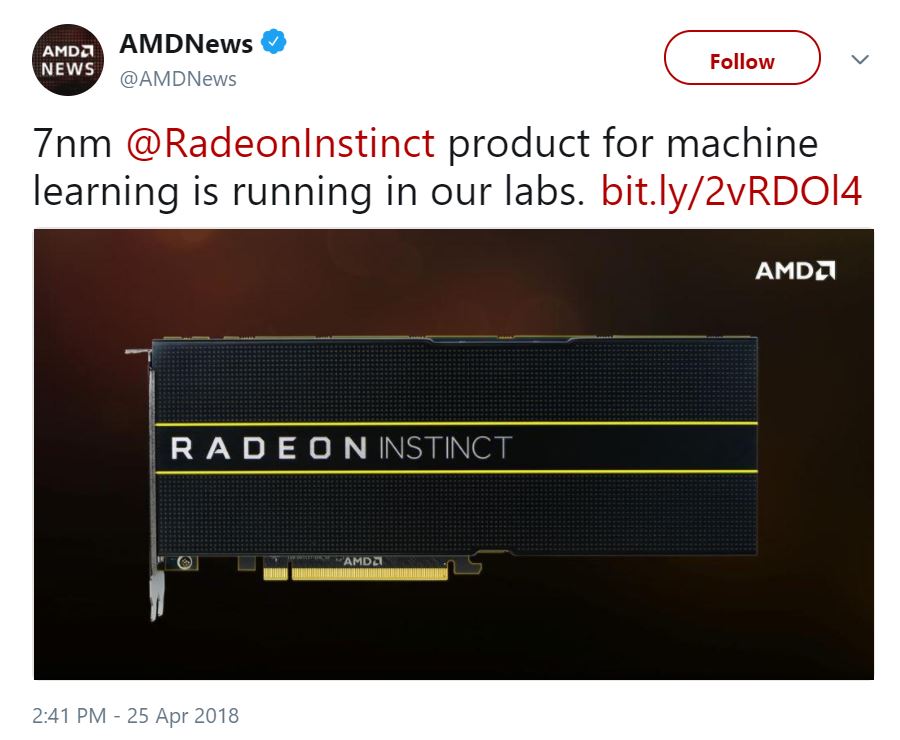