Foreign object debris and user error are the most likely the main reason we are seeing some NVIDIA cables melting. The failure rate is still relatively low, at 0.05% to 0.1% based on the data collected from board partners, cable makers and GN’s viewers.

This conclusion was provided after weeks long testing by GamersNexus whose work even included a failure analysis test lab. The GN team tested many theories and many cables, but what users should know is that the cable melting has nothing to do with the supplier of the cable, nor how many 12V cables are connected (GN tested the cable with 2/3 of the 12V lanes removed).

The likely main reason for cables melting is the improper insertions by users. This in addition to adapters’ poor latching mechanism and high currents can lead to failures. Another possible reason is foreign object debris, which might be caused during manufacturing or improper insertions of the cable. The scrapes on the connectors can buildup in the cable housing, which may increase the likelihood of the failures. 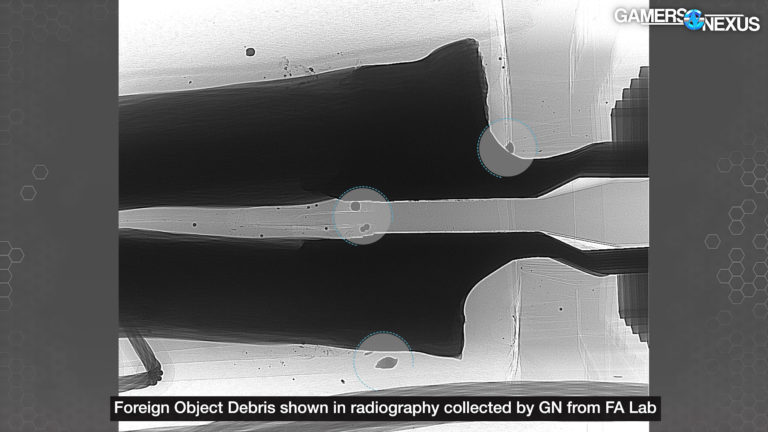 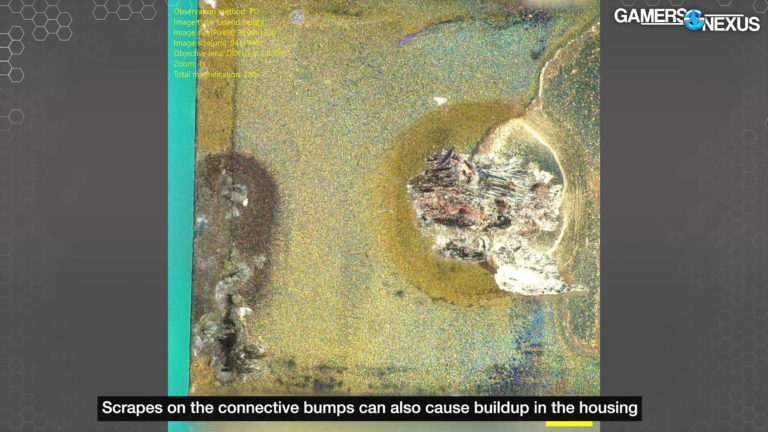 However, the most likely reason for cables melting is improper insertion. GamersNexus actually managed to melt one cable only after inserting it incorrectly by leaving a large gap and inserting it at an angle. To give credit where it’s due, a similar conclusion was made by Corsair PSU Expert Jon Gerow (Johnguru). However, the original article was removed for an unknown reason.

The full conclusion has been summarized by Steve Burke himself on Reddit, so if you can’t spare 30 minutes, this is all you need to know.

NVIDIA is still investigating the problem, while users are anxiously observing their cards. It looks like the properly inserted cable can greatly reduce the risk though, so just ensure it is properly seated. The independent investigation from GamersNexus shows that users should be comfortable using those cables, including adapters and native implementations. The failure rate is still very low as per report.