AMD Radeon based on RDNA2 to get higher clock speeds

AMD has reaffirmed its previous claims that RDAN2-based graphics will have 50% IPC improvement over the current generation. The company has confirmed that micro-architecture innovations and logical enhancements have allowed AMD to reduce the complexity and switching power of the upcoming graphics processor.

Furthermore, it is said that RDNA2 graphics will have physical optimizations resulting in increased clock speeds over the previous generation.

The slides also confirm that AMD will deliver “top-to-bottom leadership product stack”. This is yet another statement from AMD that the company is planning to deliver more than just one product based on RDNA architecture. It does not mean all of those products will be RDNA2-based. AMD could still be refreshing its existing Navi10 lineup. 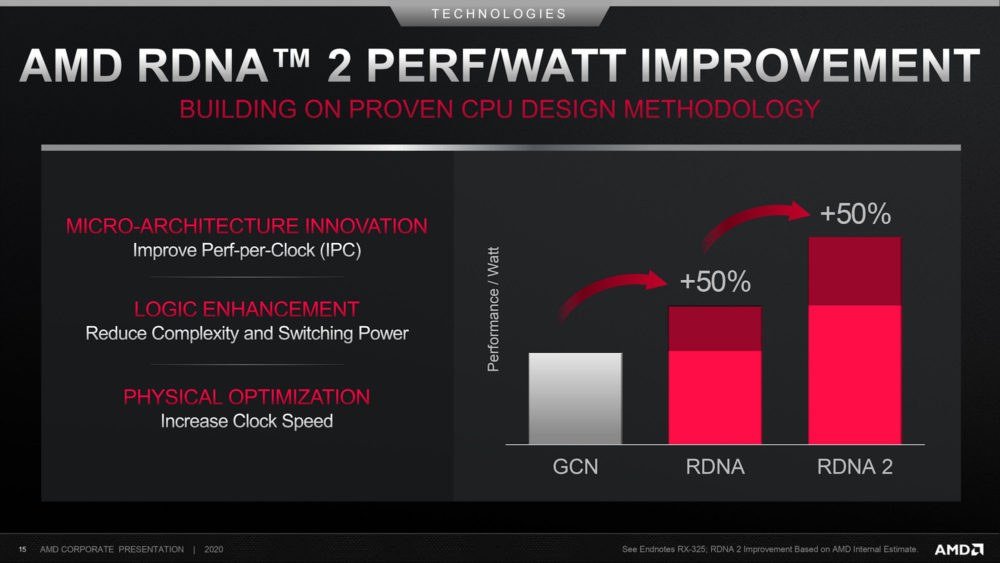 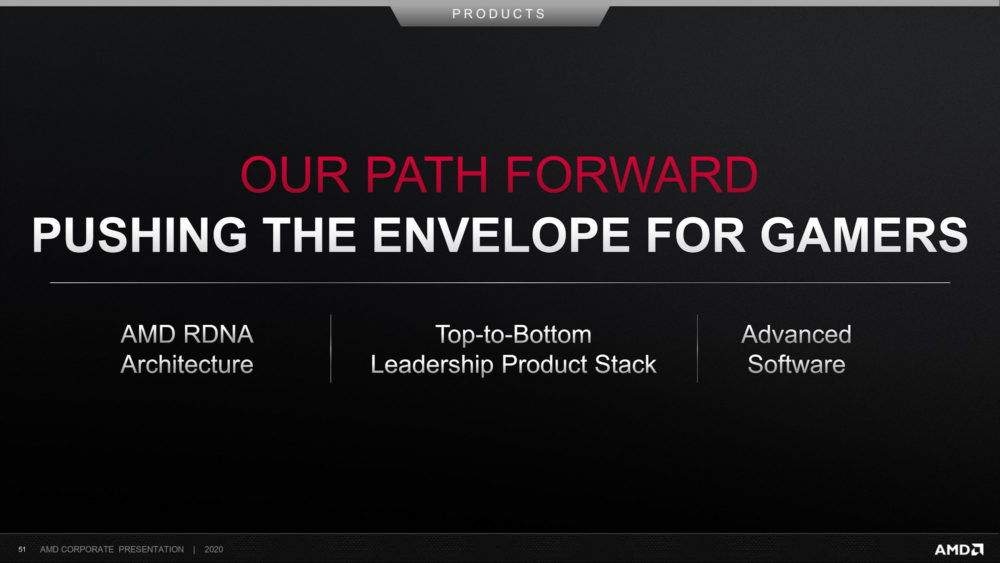 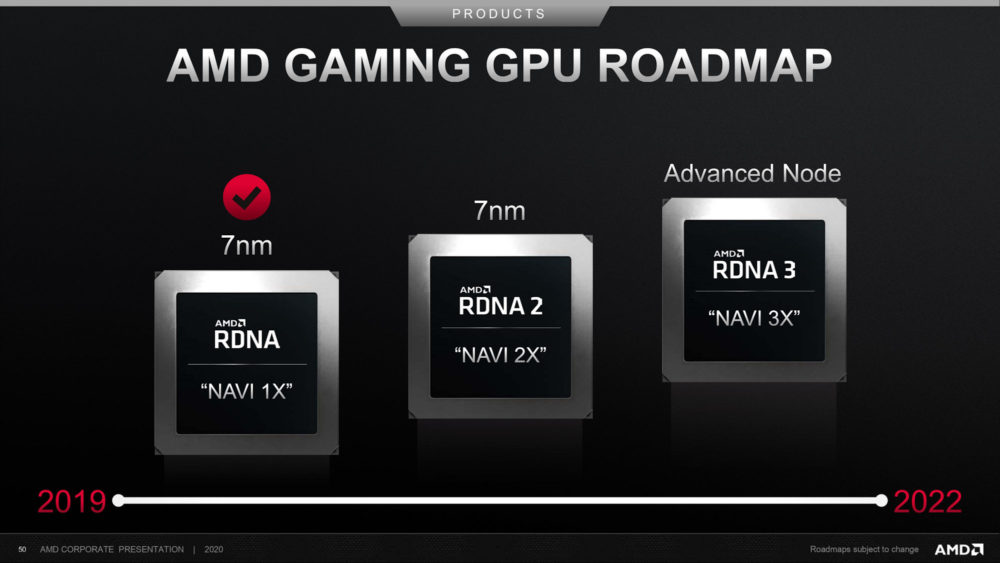 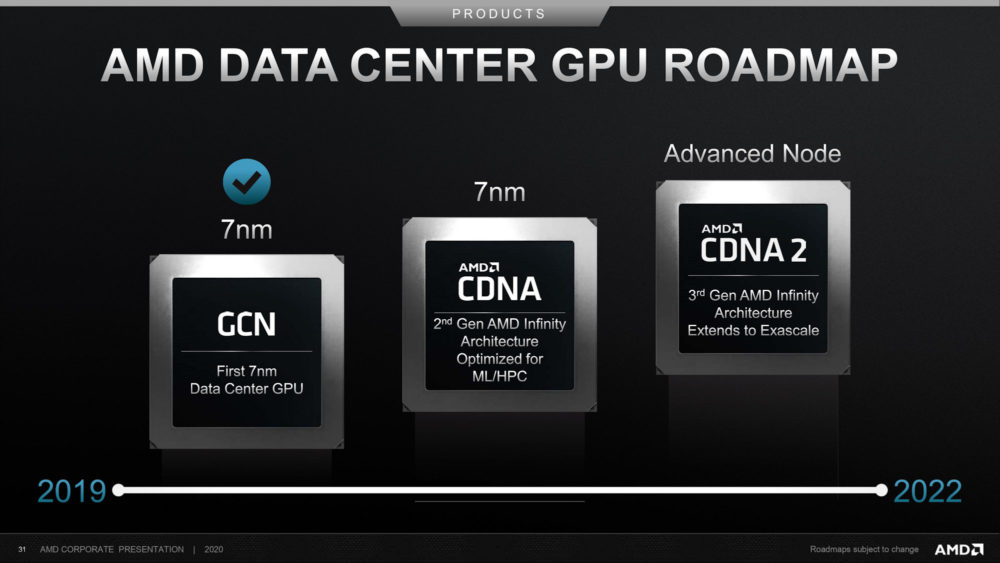