No, this is not a joke. NVIDIA has given a green light to AIBs to launch GDDR6 and Turing based GeForce GTX 1650 graphics cards. The new model is not called the GTX 1650 Ti, although NVIDIA already has one for the mobile market. Instead, the new model with GDDR6 memory will carry the same name (literally) as its GDDR5-based brother. In fact, the only way to distinguish the cards is to look at the packaging for GDDR6 memory information: 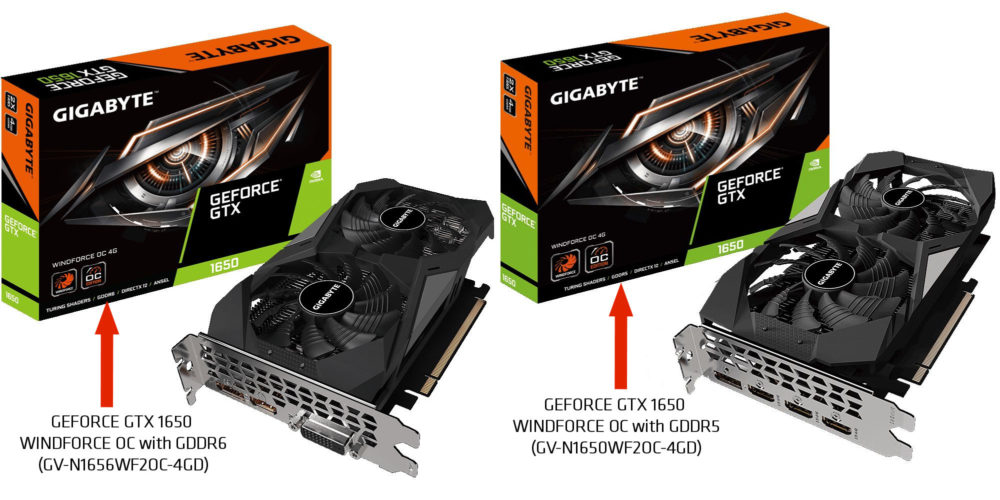 Yes, both cards have a different design… but you won’t know this till you open the box.

The GeForce GTX 16 Series is becoming hard to follow, as models carry different memory types and different clock speeds. There also seems to be some confusion around the G6 model memory clock, as Gigabyte advertises 12 Gbps on one site only to show 8 Gbps on the other. 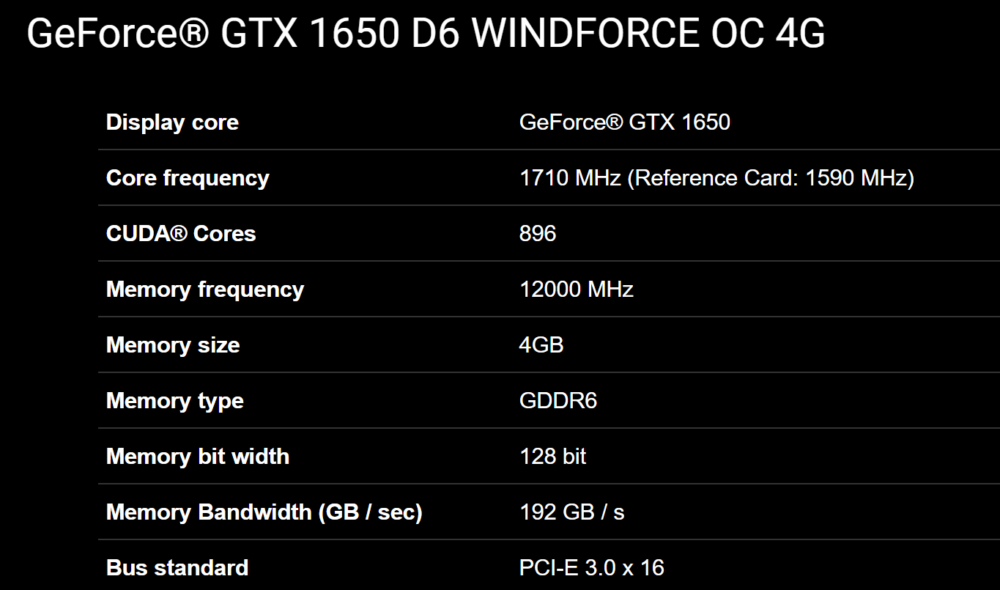 The question that remains is what GPU does GTX 1650 G6 really have. Theoretically it should be TU117-300, same as GTX 1650, but we won’t know till someone actually tests it.

The manufacturer unveiled two models: WindForce OC (GV-N1656WF2OC-4GD) and ‘just OC’ (GV-N1656OC-4GD). The latter is pictured right below. This is a single-fan Mini-ITX form factor model with three display connectors which are different from the identically named Gigabyte models featuring GDDR5 memory.

This card is overclocked to 1635 MHz (boost), with memory at 8 Gbps effective. 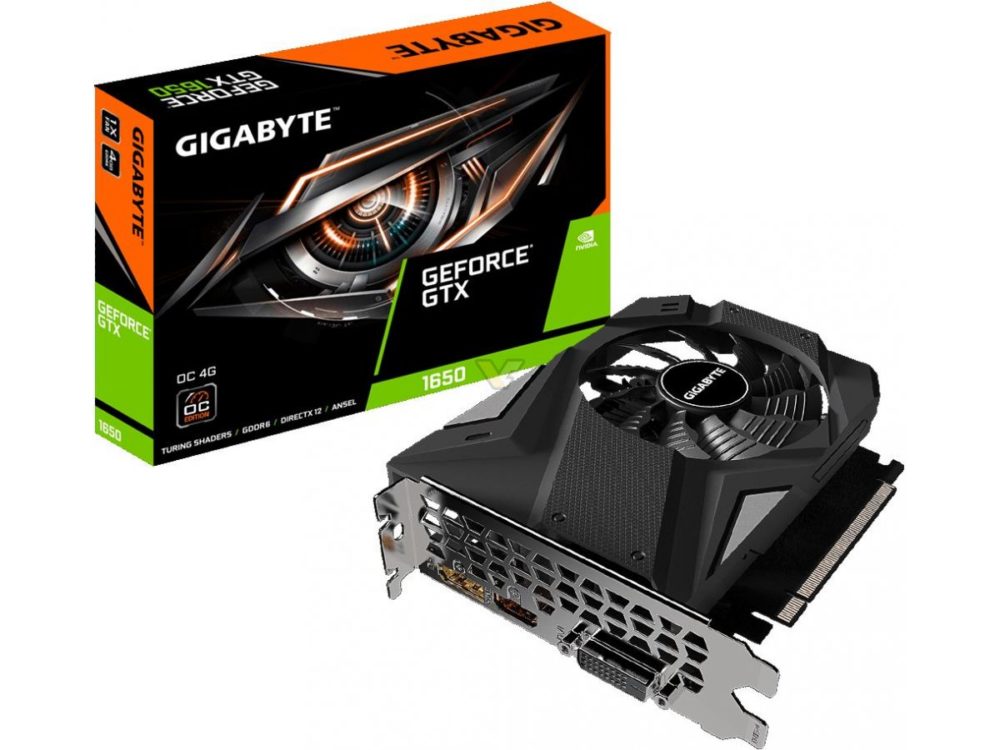 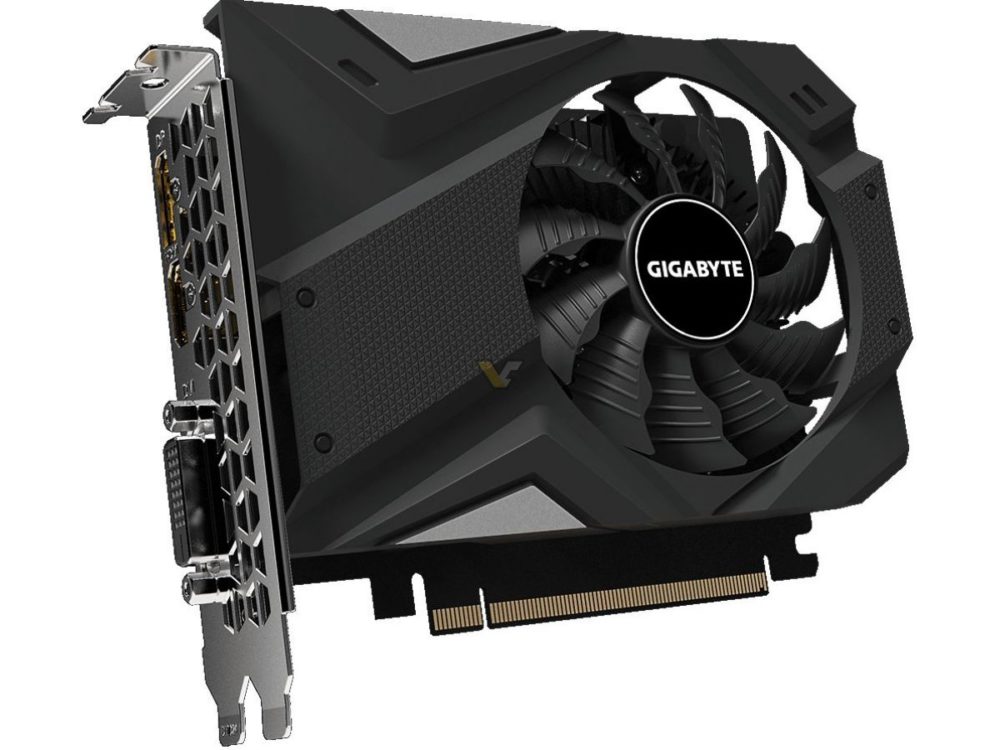 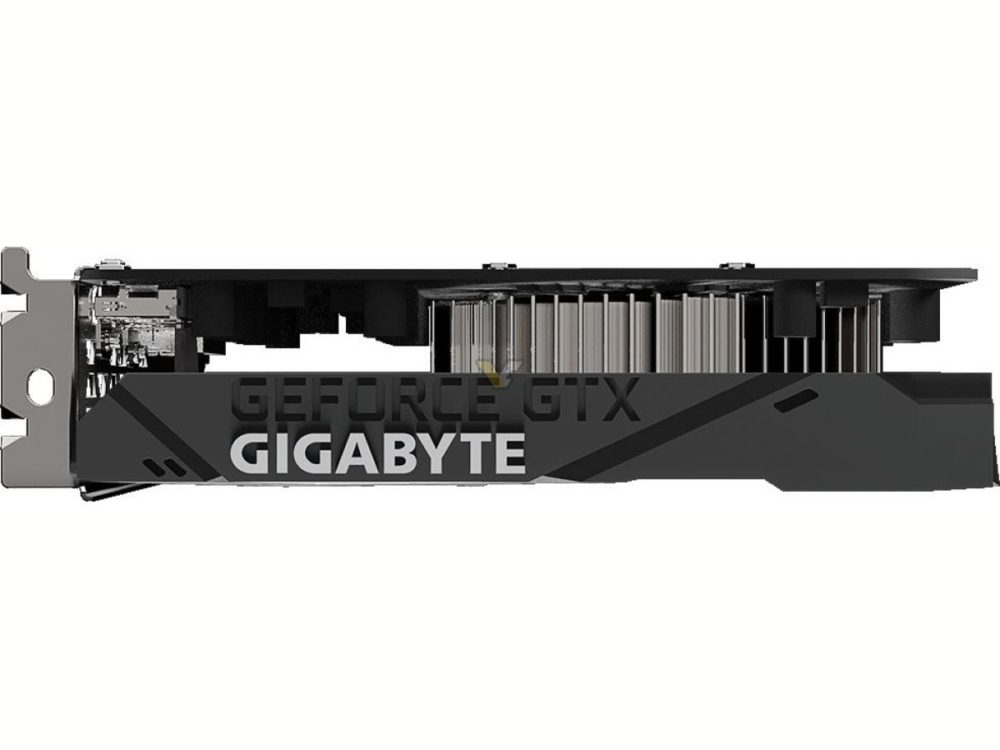 Meanwhile, the WindForce OC card features a clock speed of 1710 MHz, which is a 120 MHz overclocked from factory settings. 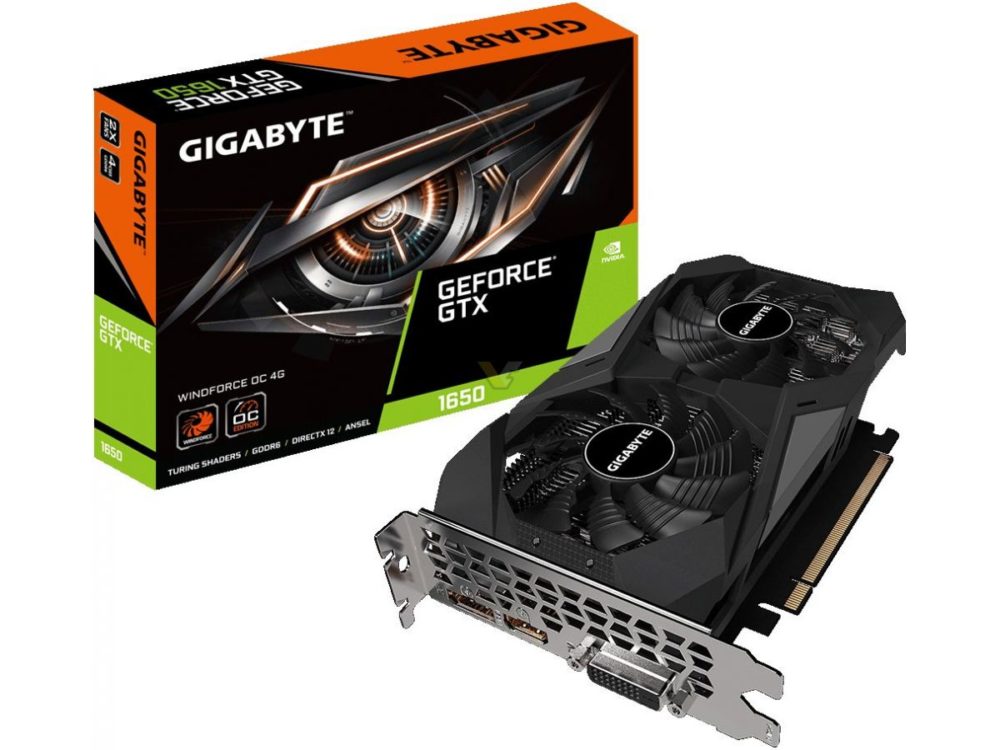 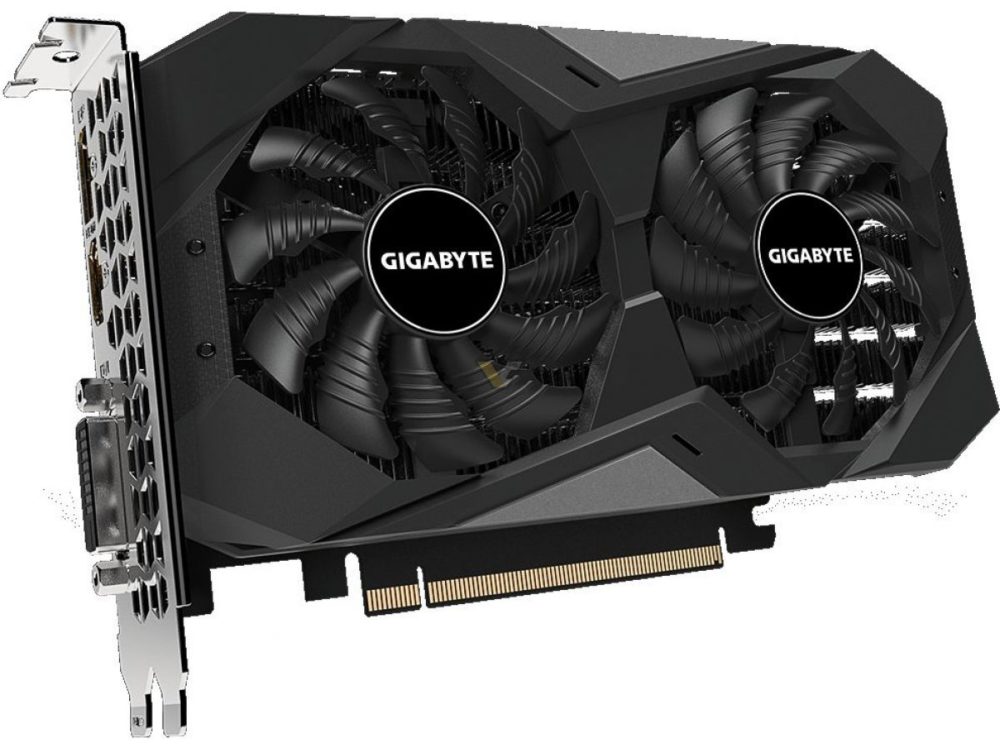 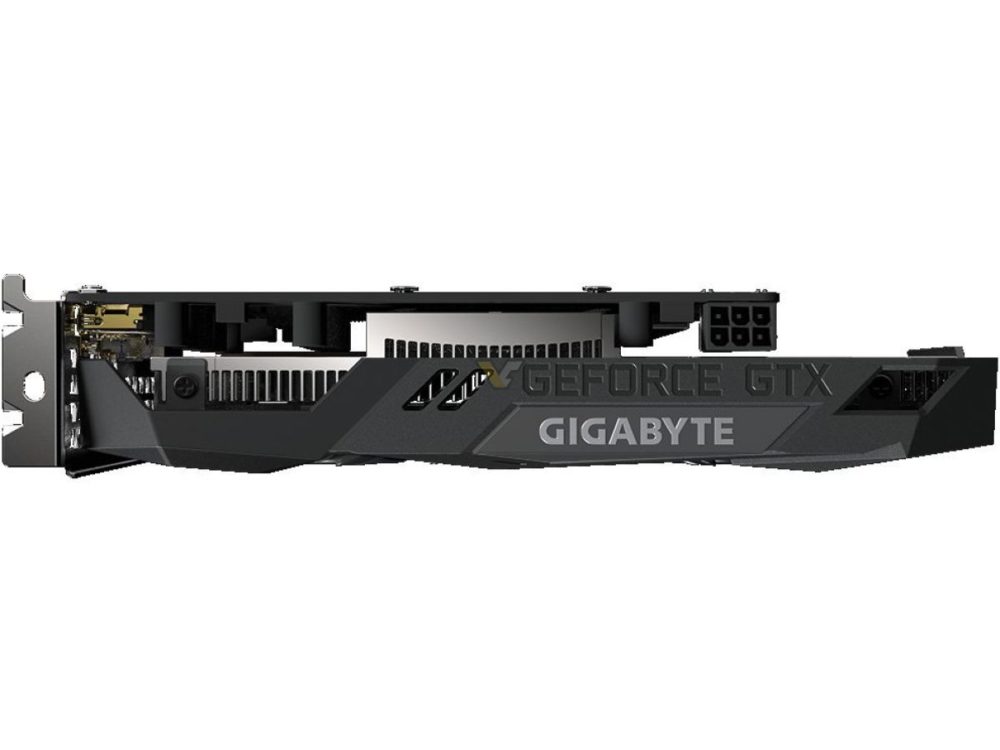