It appears that Wccftech got their hands on the Comet Lake S workstations slide deck.

Leaked presentation leaked clearly focuses on workstations and embedded systems. These slides are not meant to showcase what the future gaming platform can offer. The Comet Lake S series for gaming will feature a K-series processor (unlocked) and Z490 motherboards. Both are not present in these slides.

What those slides confirm though is that the 10th Gen Core S series will indeed feature 10-core CPUs and a new platform incompatible with existing series (with LGA1200).

The SKUs listed on these slides go up to 80W and those are unnamed Xeon SKUs. The Core i9 lineup only goes up to 65W, clearly showing that the most interesting parts are missing.

A 100 MHz improvement to maximum turbo clock can be observed since current-gen i9-9900 non-K at the cost of the lower base clock: 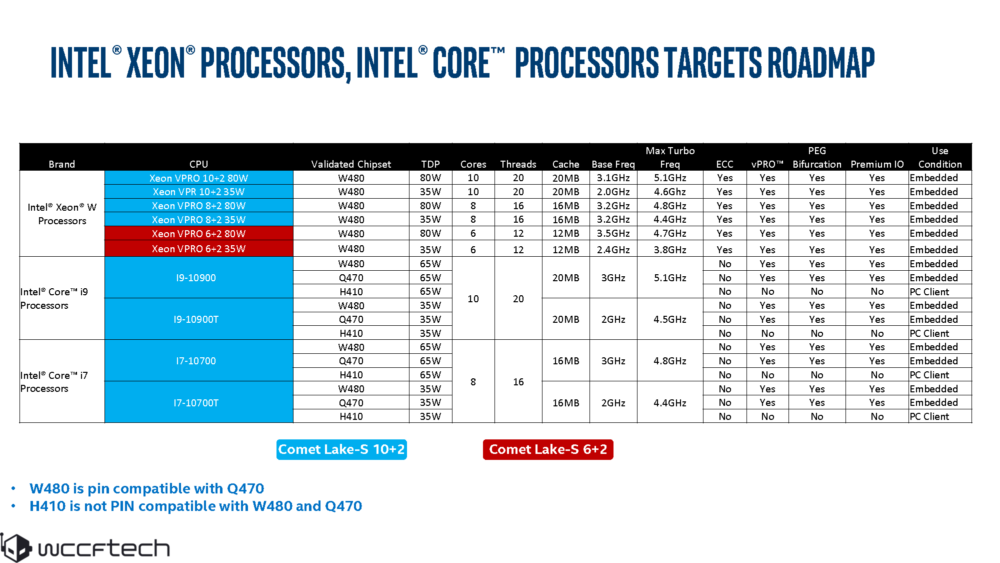 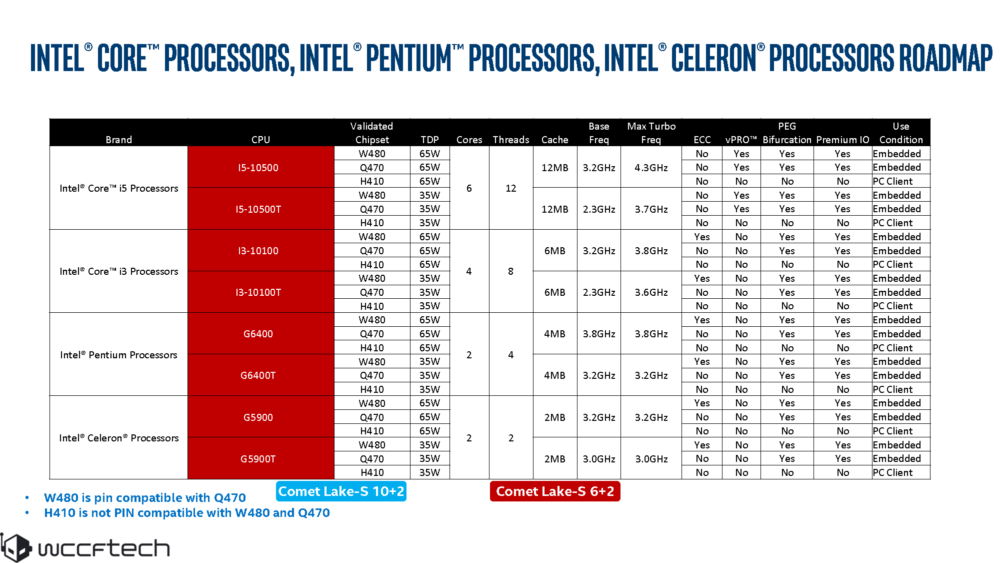 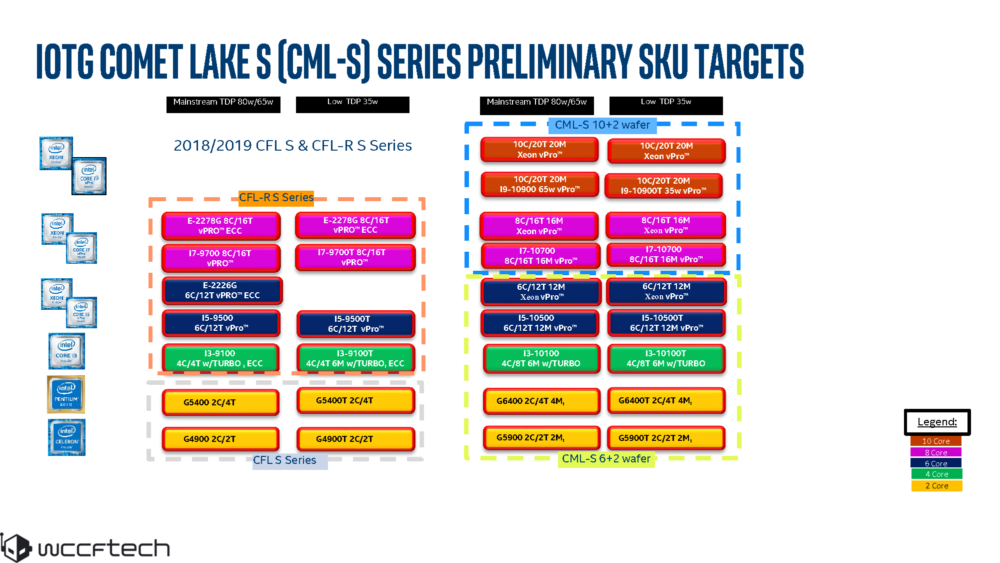 This is the first look LGA1200 socket in detail. We are told that the socket will not be backward compatible with existing series, as it focuses on better power delivery and I/O features.

This socket will be a very important one for Intel, as the company releases 11th Gen Core series (Rocket Lake) and possibly 10nm 12 Gen Core in the future. Intel has made no claims regarding LGA1200 compatibility with upcoming series, but it might be a key point for potential buyers. 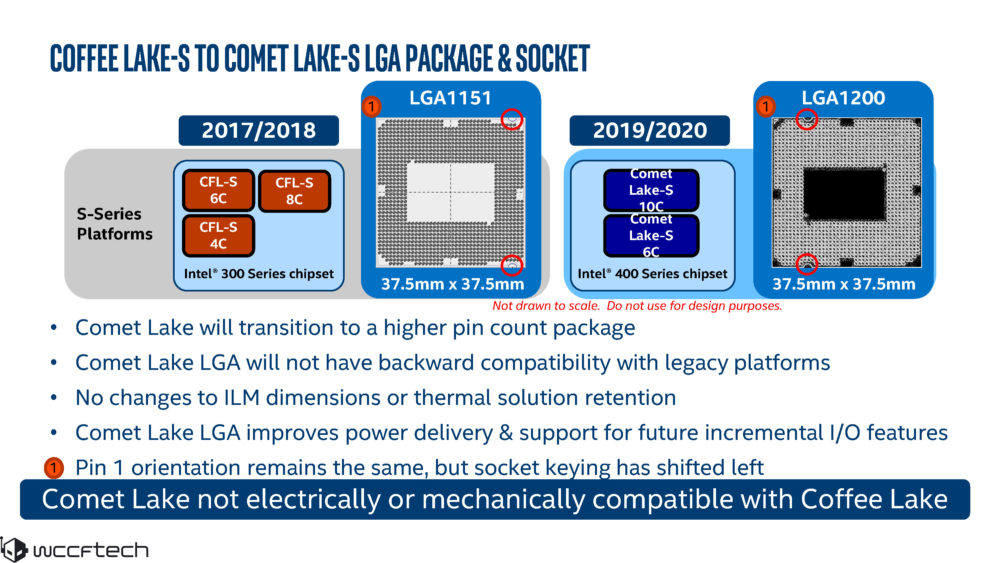 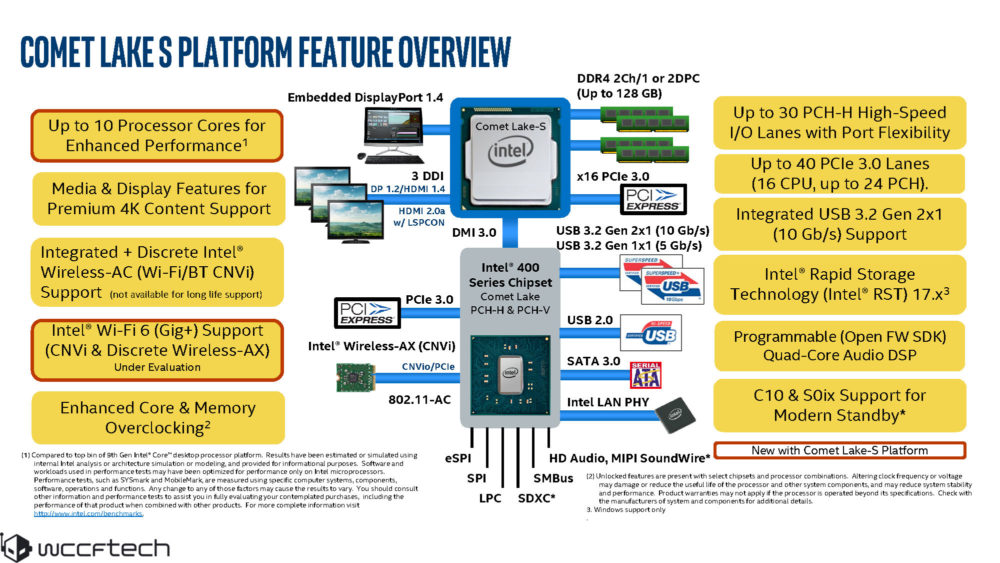 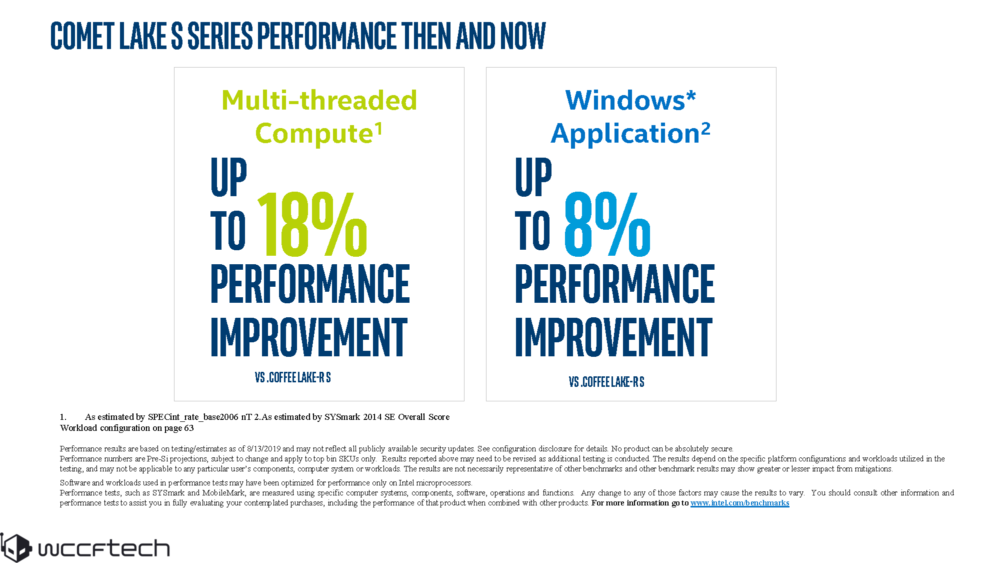