Today AMD announces a new mid-range solution for desktop and mobile markets. The RX 5500 series will feature three SKUs: the RX 5500M, RX 5500 and RX 5500 XT. Not once, does AMD mention the XT variant in the presentation, yet that’s what the SERIES would indicate.

Throughout the presentation, AMD compares its new graphics card to Radeon RX 480 and GeForce GTX 1650. The RX 5500 is meant to be better than both. In the footnotes, we learn that the card used for this comparison is the RX 5500 4GB. Therefore, we assume that the XT variant will share the specs with a non-XT variant, with an exception of higher memory capacity (8 GB).

The RX 5500 series will be the first Radeon mid-range cards to feature GDDR6 memory. A combination of 8GB G6 and 128-bit bus has never been used in consumer graphics before, but thanks to the higher GDDR6 specs, the maximum theoretical bandwidth will reach 224 GB/s, just 32 Gb/s short of RX 580’s bandwidth.

AMD has not confirmed the Navi variant used by RX 5500 series, but the speculation points towards Navi 14. This is a new chip with a die area of 158 mm2. Thanks to the 7nm fabrication process this should translate into higher power efficiency than the Polaris series (AMD claims the RX 5500 provides 1.6X performance per Watt over RX 480). It’s worth adding that the chip has more transistors than Polaris 10 (6.4B vs 5.7B).

AMD promises that RX 5500 series will be available this quarter, but no date was given, neither was the pricing.

Note: the slide does not mention the resolution for this comparison (not even in the footnotes).

AMD is allegedly not planning to launch it for the public. The RX 5500 will stick to custom designs, which were not unveiled yet. 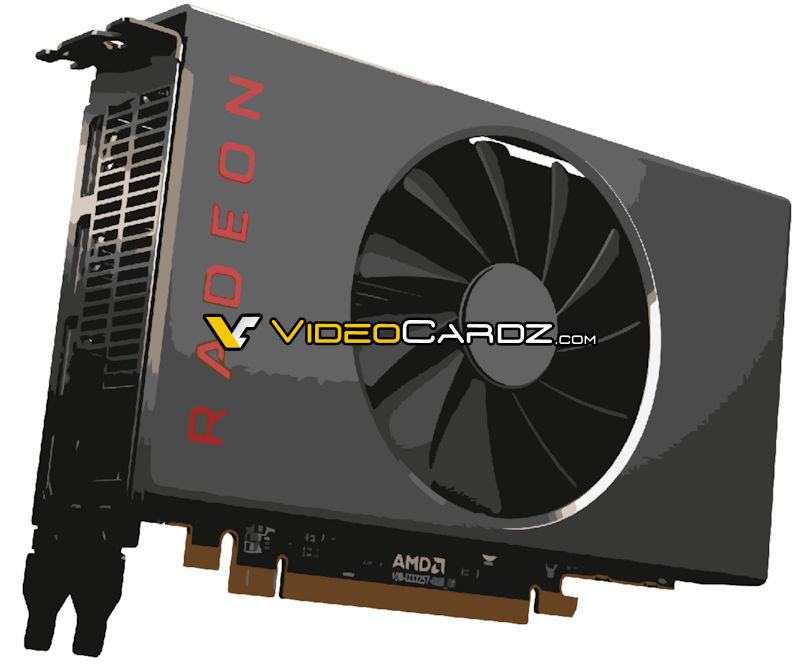 What’s missing in the presentation: