Official figures for 2560×1440 gaming have been leaked. According to the slide, AMD’s new Navi-based Radeon RX 5700 XT graphics card will on average offer better performance than NVIDIA’s GeForce RTX 2070.

The new picture of RX 5700 XT confirms that the card has dual 8-pin power connectors.

The card will be unveiled today at E3 The Next Horizon event. 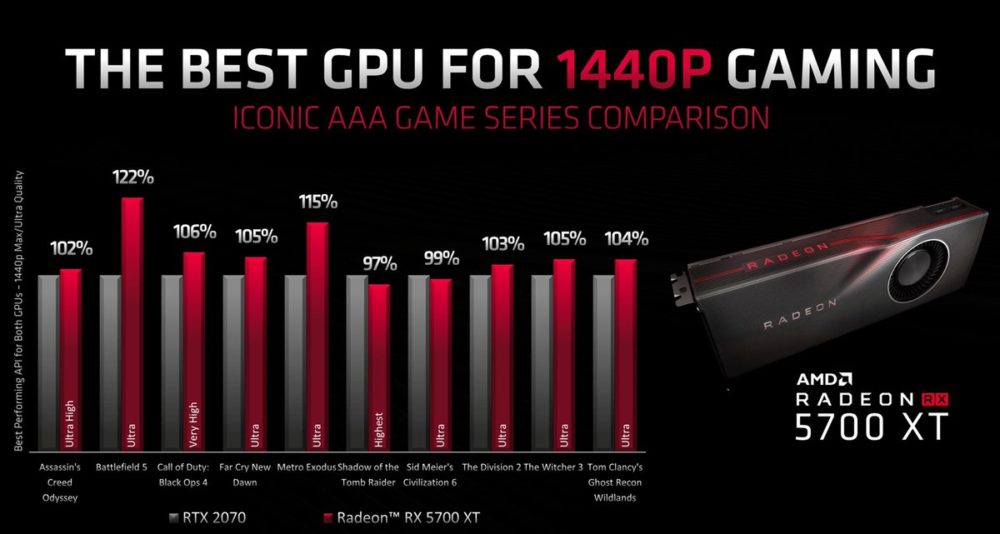