Apparently, it is possible to find the first listings of GeForce GTX 1660 Ti graphics cards on Russian retail websites.

MSI’s and Palit’s GeForce GTX 1660 Ti models have been listed by Russian retailers. The GTX 1660 Ti Storm X and Storm X OC are single-fan graphics cards, while Gaming Pro is a dual fan solution. We actually have pictures of both, but in very low quality (I guess that’s better than nothing):

The boost clock of GTX 1660 Ti Storm X OC is 1815 MHz, which is 45 MHz over reference specs (this info was not listed by any retailer). Both cards are listed for around 400 USD. 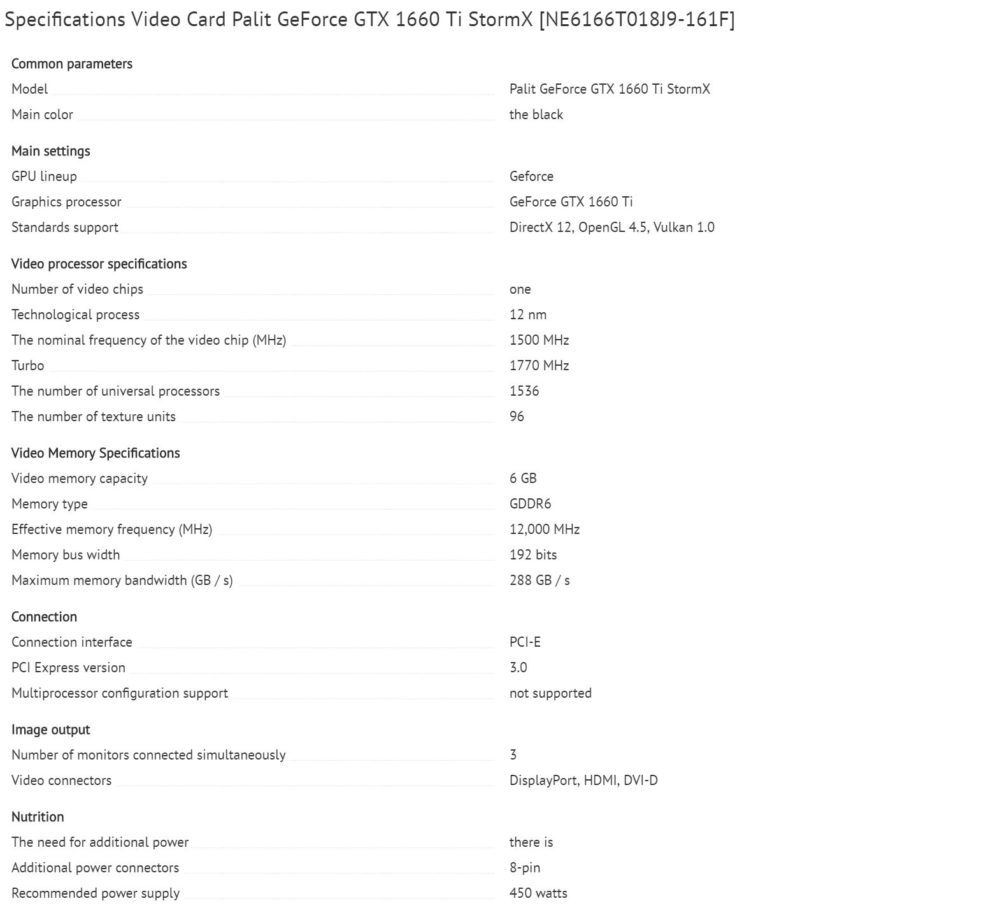