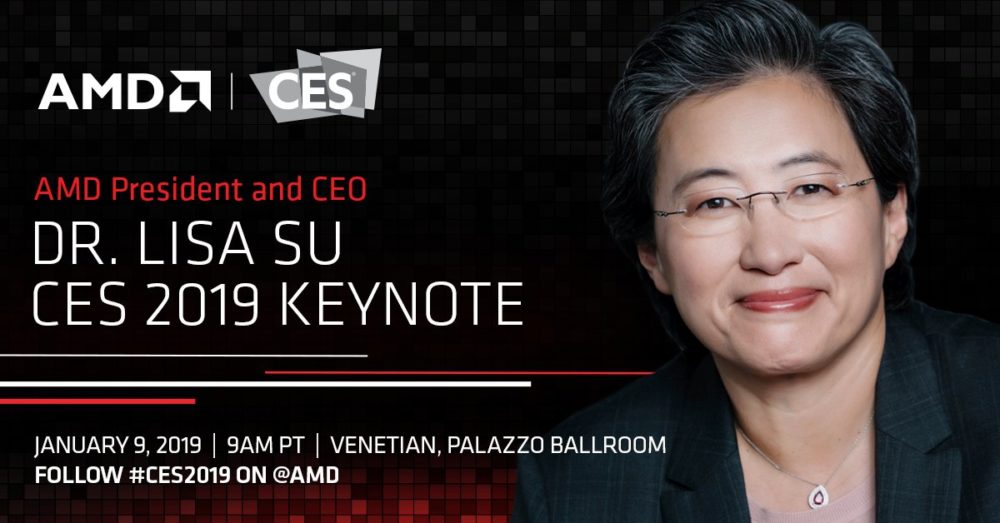 According to AMD, Dr. Lisa SU will unveil the company’s plans for high-performance computing for 2019.

The information about the announcements is extremely limited, but there are plenty of rumors, that could turn out to be true.

It is expected that AMD will unveil its Ryzen 3000 desktop series based on Zen 2 architecture. It is also commonly believed that 7nm Vega, which so far was only considered a computing GPU for Radeon Instinct series, could launch as consumer part at some point. We expect to hear more about this product during the keynote as well.