MSI’s highly anticipated Lightning will be unveiled very soon. Speculation surrounding this model points towards CES reveal in just a couple of days. In the meantime, we can already find proof that this card exists, in a very early form,

What appears to be a PCB only version or at least a card with cooler removed, can be found in various HWBOT submissions. This TU102-based model was designed with overclocking in mind, and by overclocking I mean liquid nitrogen.

At least two entries with clocks higher than 2450 MHz can easly be found. These entries are supported by actual photos of the card that officially does not even exist.

The Lightning features 19-phase VRM with three 8-pin power connectors attached to it. Various fan and voltage connectors can be seen on the right side of the board, which is covered by a heat plate with its own heat pipe.

Sadly no pictures of the cooler have been shared, but one can speculate it is going to be a massive triple-fan desing, probably just as big as GAMING TRIO X. 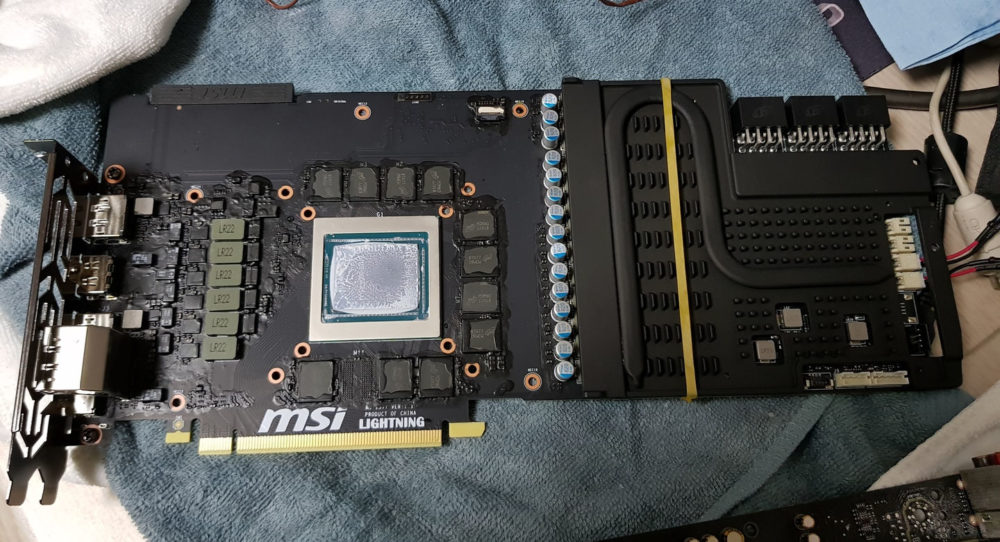 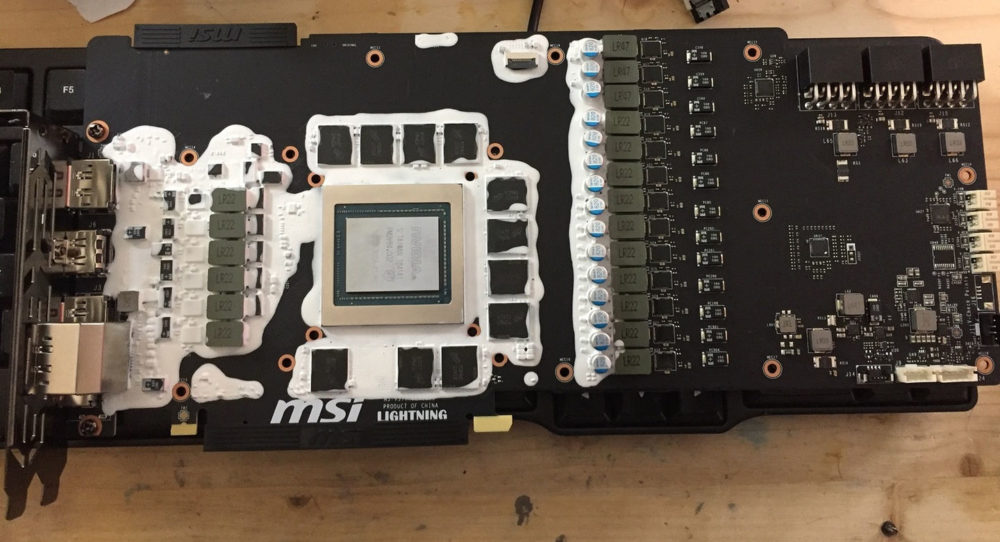 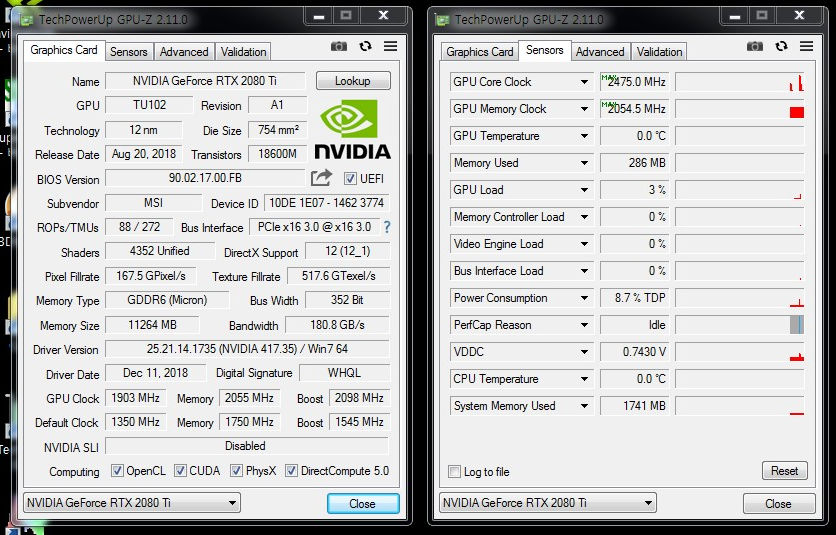 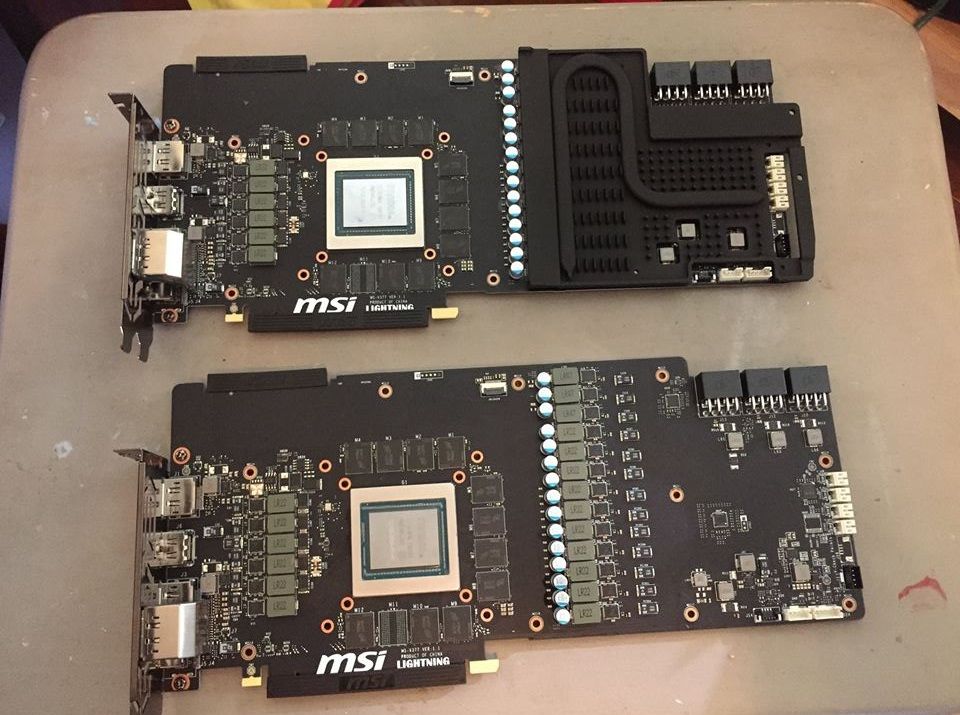