A huge leak or a futureproof entry to EEC registry?

The leak is VERY interesting for two reasons. It lists three different SKUs: 6GB, 4GB and 3GB, but it also lists GDDR6 and GDDR5(X) varaints of each.

So far only a 6GB GDDR6 model was on a table, but if this information holds true, then NVIDIA will provide quite a few models for AIBs to choose from.

I think the most interesting model is a 4GB variant. This card is definitely not going to offer 192-bit memory bus, so it is likely to be higher clocked SKU.

Meanwhile, the 6GB and 3GB cards are probably going to share clock speeds, but they may have different CUDA core counts, just as GTX 1060 series did.

All models are split into GD and GC series, the former is used for all RTX 20 series which feature GDDR6 memory, whereas the latter is GDDR5(X) based (we don’t know if that’s GDDR5 or GDDR5X, but my guess is on non-X).

A full list of GeForce RTX 2060 models from GIGABYTE: 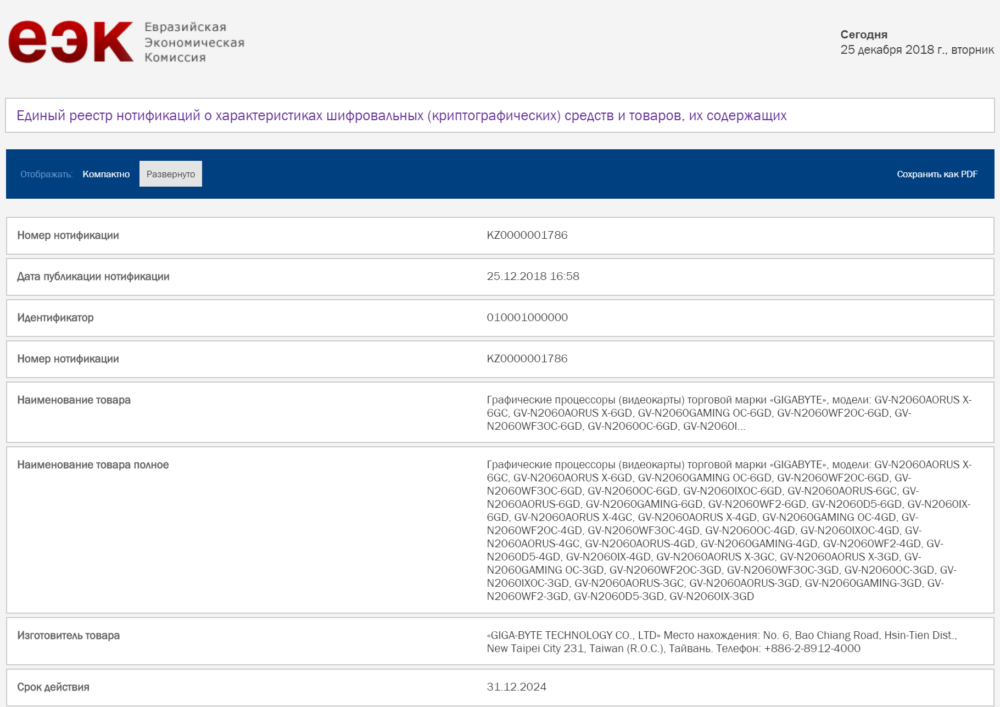