Finding the correct name for this card is not easy. The new SKU could be called anything from GTX 2050 Ti to GTX 1150. The data on this matter is rather limited. We can only suspect that the variant listed at Geekbench is the full silicon (TU107).

Rumored GTX 11 series are also on the table. If that was the case the new card could simply be named GTX 1150 (Ti). Whichever name works better for marketing, it is hard to say.

The new SKU is listed with 14 Compute Units, which means 896 CUDA Cores, that’s if the architecture has not changed. After all, entry-level GPUs have no need for RT or Tensor cores. The free space could easily be used for more cores or even smaller die.

The clock speed of 1.56 GHz points towards GDDR5 memory. This model would offer up to 4 GB of capacity.

The picture taken by APISAK compares RTX 2060 and GTX 2050 (assuming that’s the correct name). That is quite a gap, so maybe this is a non-Ti variant, leaving 16 CUs for the Ti? 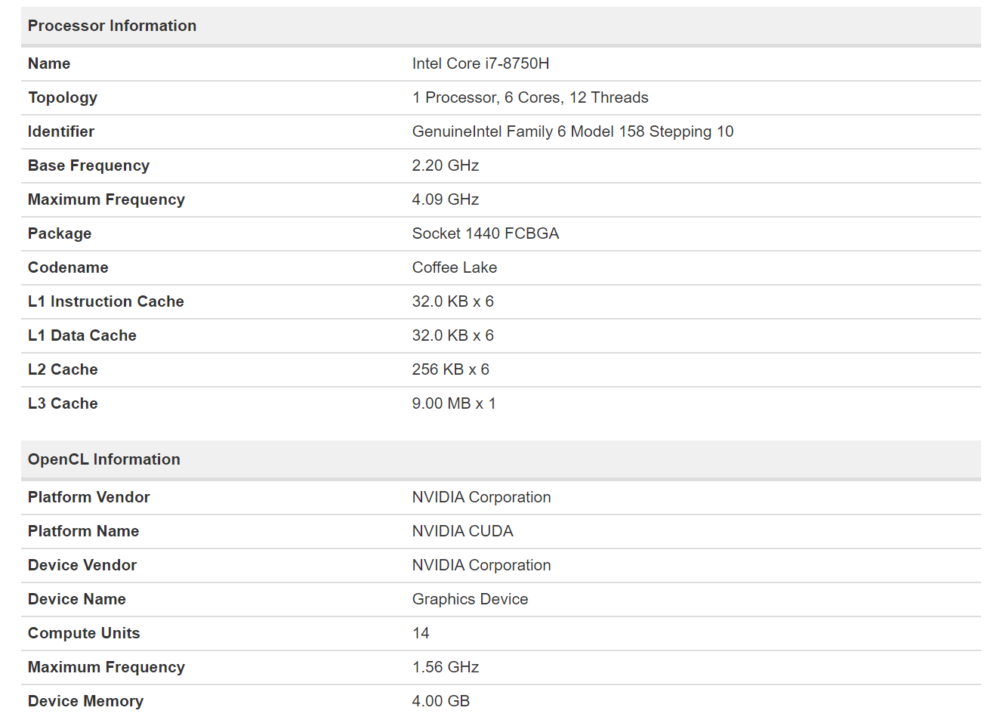