First concept art for upcoming Intel Xe graphics has made a public appearance. 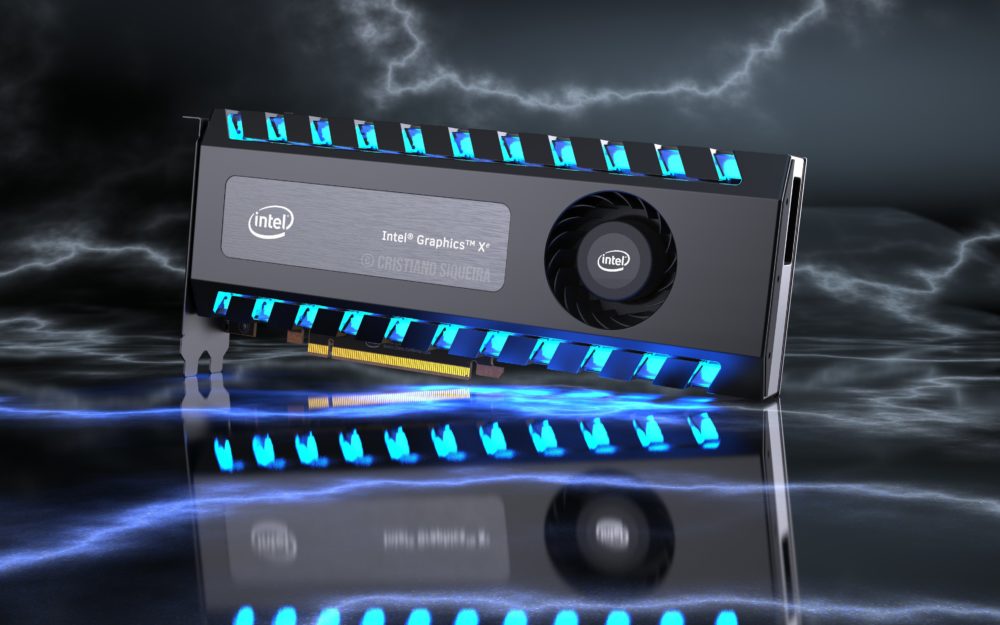 Fan-made concept arts are not that popular in GPU business. This domain is usually reserved for the mobile industry, where devices have only minor changes (meaning, they are easy to make). Designing a GPU is truly a challenge, even if the card is only a reference design.

In 2020 Intel will release its highly anticipated discrete graphics, codenamed Xe. This is likely not the actual name of the cards (or maybe it is?), so there is still a lot to be discussed.

According to Cristiano’s idea, the Xe graphics would follow Intel’s Optane design. The blower-type design would feature dark-silver and blue design (thanks to multiple LEDs), and fancy full cover backplate with an interesting Xe logo.

This concept has been met with overwhelmingly positive feedback. It would be very wise for Intel to at least borrow the idea for their new cards. 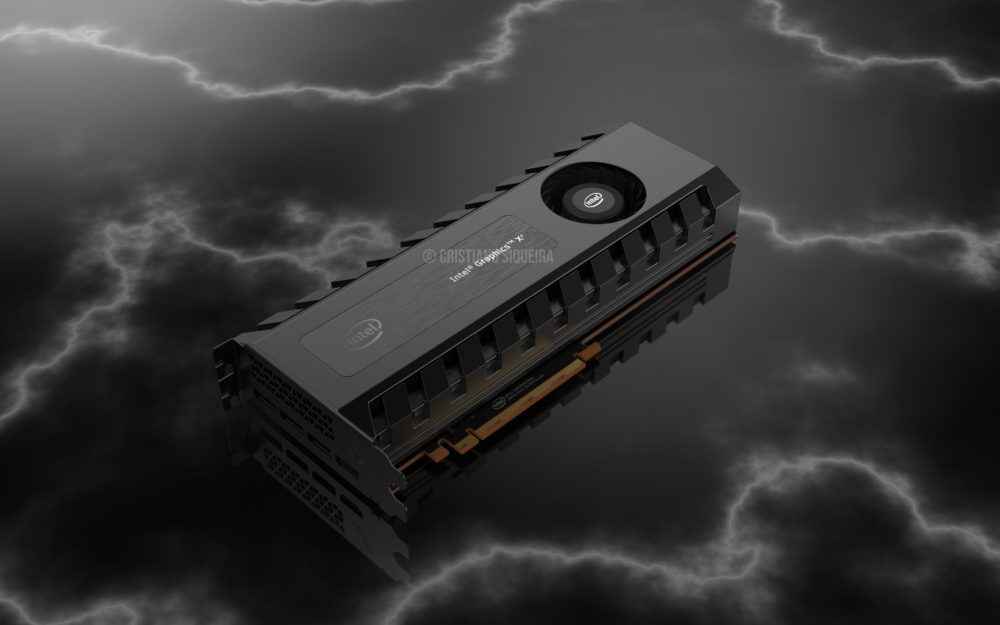 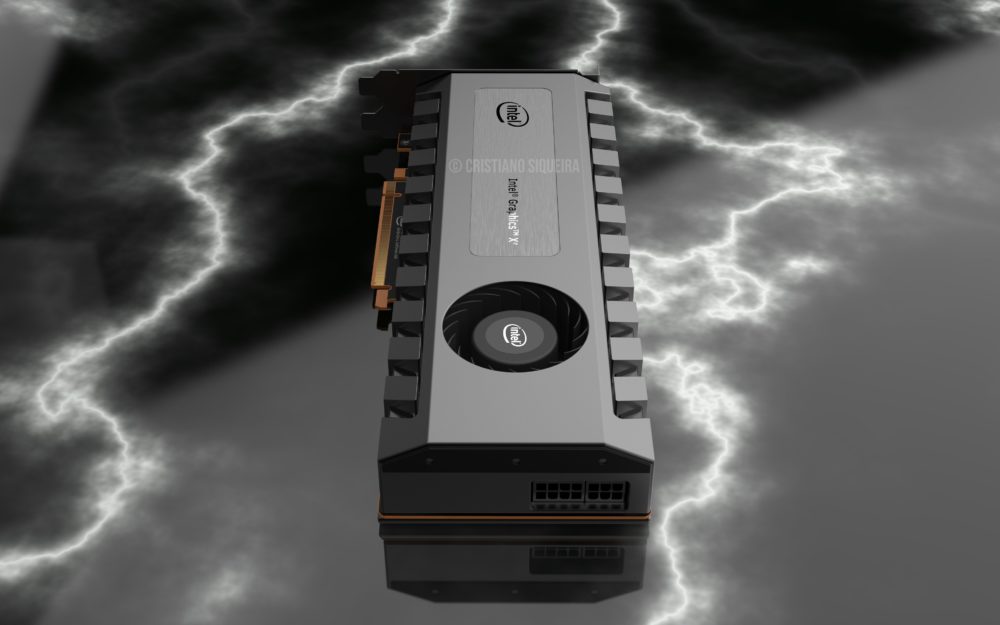 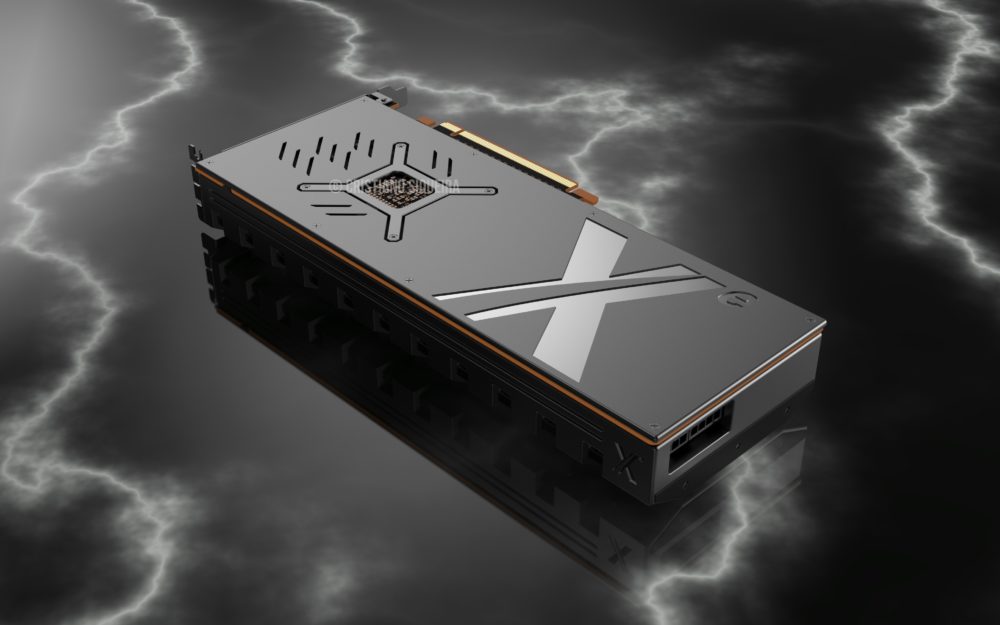 The renderings were published with permission from Cristiano Siqueira.