Two roadmaps feature mobile 9th Gen Core series for Intel NUC coming very late in 2019 (possibly even in 2020). The NUC platform codenamed Ghost Canyon X (Coffee Lake Refresh H) would receive 8-core, 6-core and quad-core SKUs. The CPUs from H series are undoubtedly going to be used by future high-end notebooks as well. It is hard to imagine though seeing mobile 9th Gen Core series that late, so it is possible that NUC will lag behind the notebook platform.

The Core i9-9xxxH and Core i7 series are both 45W SKUs. As for the graphics, UHD Graphics and optional PCIe x16 slot will be provided. Interestingly higher-end NUCs only support HDMI 2.0a, while Vega/Polaris based ones already support 2.0b.

Meanwhile, Frost Canyon (Comet Lake-U) NUCs will be 25W SKUs and part of Core U series (low power ones). 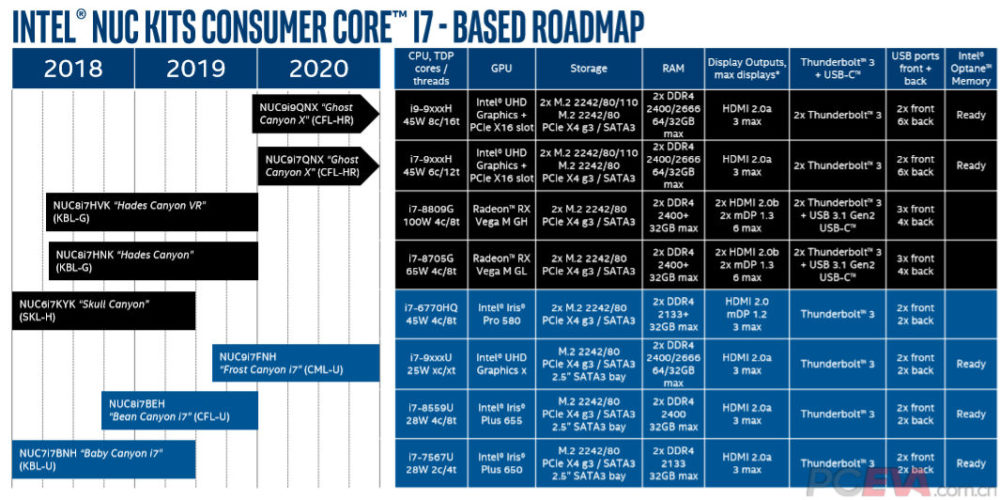 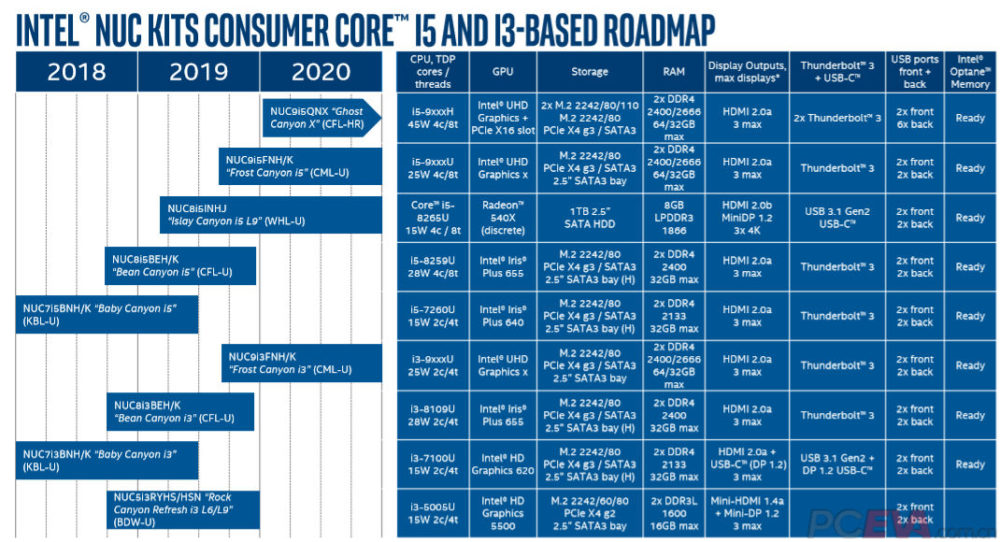