In a somewhat unexpected way AORUS started teasing GeForce RTX 2070 Ti, a graphics card that has not yet been released.

GeForce RTX 2070 Ti: probably happening, but not yet

A new promo-teaser for Halloween season has been published at Gigabyte website. There is nothing particularly interesting about this promo, except for the fact that it lists RTX 2070 Ti.

The RTX 2070 already features the full TU106 silicon, thus the Ti model would have to feature a different processor, such as cut-down TU104, in order to be faster. This is exactly what happened with Pascal GTX 1070 and 1070 Ti, except for the fact that both used GP104 processor, only in a different configuration.

Gigabyte has responded to this ‘unfortunate’ advertisement — it is a typo.

The likelihood of such SKU launching in near future is not very high. However, the likelihood of NVIDIA releasing additional models based on cut-down silicons is. That said, the RTX 2070 Ti ‘leak’ may not be true, but it would be rather surprising if there was still no 2070 Ti in a few months. 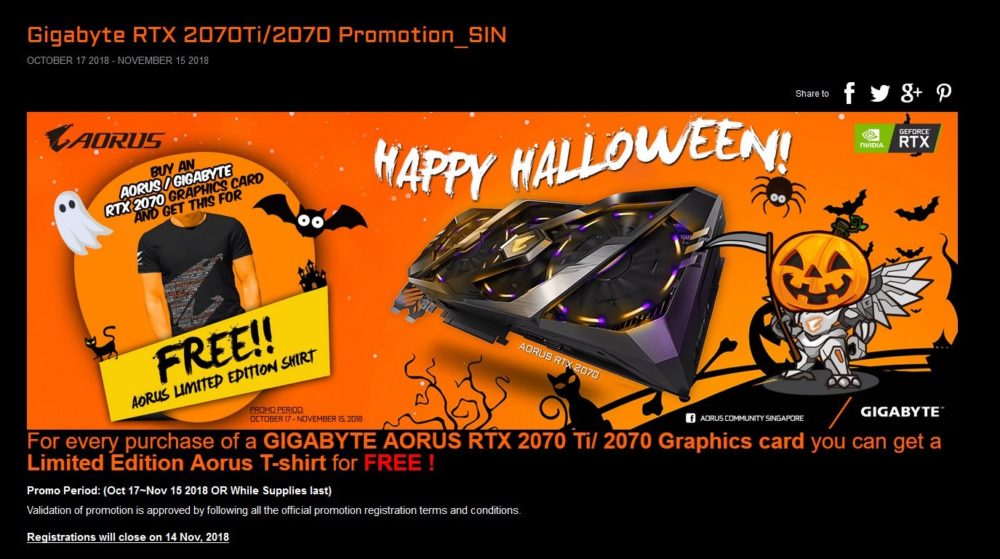